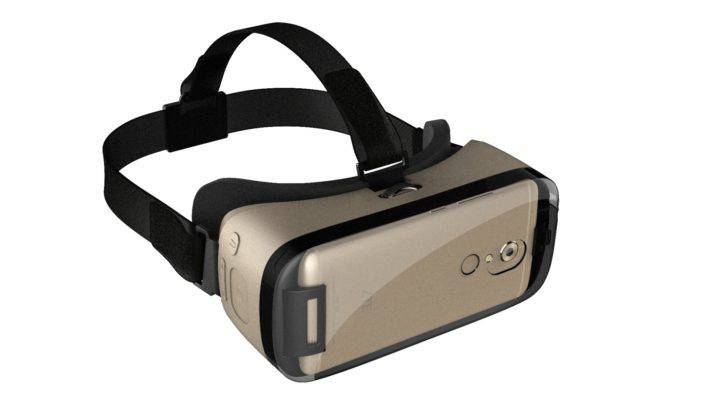 Considering that Virtual Reality has hit the mainstream in a big way now, with the likes of Google and Samsung pushing mobile VR and Valve and Oculus pushing high-end VR, it's no surprise that more firms are jumping onboard. Earlier today, ZTE launched their new Axon 7 smartphone, and along with it they're also launching an exclusive virtual reality headset to go with it. Much like the Huawei VR set that was announced in China not too long ago, the ZTE VR takes after the Gear VR in both looks and functionality, and will only work with the ZTE Axon 7.

There's not a huge amount known about the ZTE VR right now, but the press release for the Axon 7 did mention that it will be one of the first virtual reality headsets to support Google's Daydream platform. Daydream was announced just last week during Google I/O 2016, and is set to give smartphones much better VR experiences as well as more unified platform to get access to new apps and games. From the single image that ZTE has provided, we can see that there's a similar layout to the Gear VR in terms of input, with a back button, volume rocker and what looks to be a touchpad on the right-hand side of the headset. Just what sort of apps and such that ZTE will be throwing in at launch however, is unclear. Daydream doesn't launch officially until this Fall, so it's possible that this will launch as a Cardboard VR headset at first.

Those looking to get their hands on one right away – alongside the necessary Axon 7 – can do so right away, they live in China that is. A global launch is said to be happening later this year, but given that the original Axon was something of a quiet success for ZTE in the US earlier this year, we should see a proper launch worldwide later this year. Official pricing is still a little up in the air right now, but knowing ZTE, we'd expect this to be reasonably priced compared to its competitors. The official ZTE online store should have more information and people will be able to pre-order the new Axon 7 as well as the new ZTE VR.