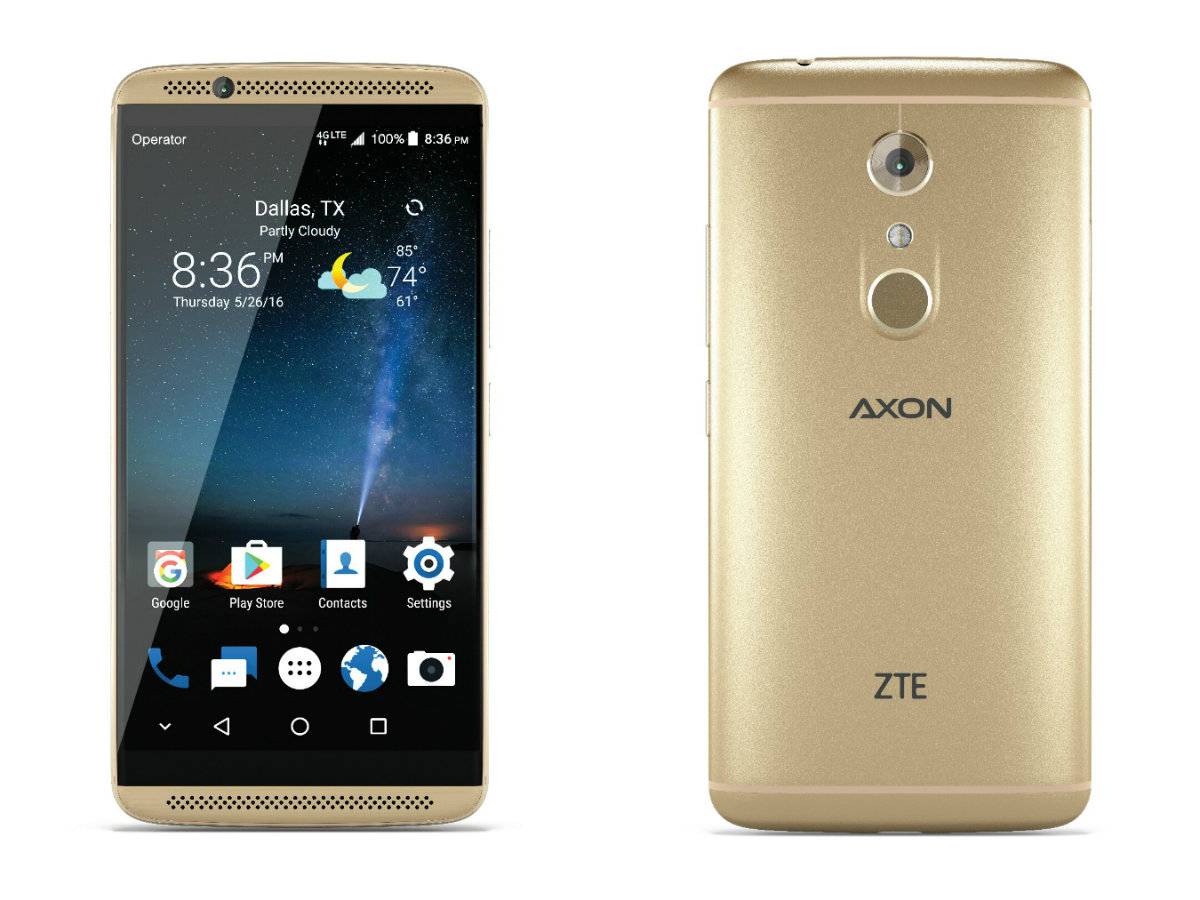 Many of you have heard of ZTE smartphones, and their new Axon 7 looks like a world-class leader in the specifications department – and the looks are none too shabby either.  The device has been leaking out for quite a while and formally announced on May 26.  The China-based ZTE Axon 7 will initially launch in China, but international markets will soon follow.  ZTE did say that both Europe and the US would get the device after China and that it will find its way to Canada later this year.  No Canadian pricing or specific availability date has been announced, but we will keep you updated on when you can get your hands on this beast.

While the ZTE Axon 7 resembles past ZTE models, the company pulled out all of the stops to design and promote this beautiful new smartphone by collaborating with Designworks, a subsidiary of BMW, to design this smartphone, and then hired a world-renowned pianist, Lang Lang, to endorse the Axon 7.  This all-metal design has soft curves on the corners and the sides, making it easy to hold and easier to look at. It measures 151.8 x 75 x 8.7mm, weighs in at 185 grams, and will initially be offered in Ion Gold and Quartz Grey.  It will run Android 6.0.1 with ZTE’s MiFlavor UI 4.0 on top.  The device comes in two variants – 4GB RAM with 64GB of storage and 6GB RAM with 128GB of storage – and both will offer expansion up to 128GB via a micro SD card.

The ZTE Axon 7 sports a 5.5-inch QHD AMOLED display, producing about 538 pixels-per-inch (PPI) with the higher end model adding 3D Touch to the screen.  The Snapdragon 820 quad-core processor powers it with dual cores clocked at 1.6GHz and dual cores clocked at 2.15GHz and an Adreno 530 GPU handling the graphics.  The primary camera is a 20MP shooter with a large aperture of f/1.8, phase detection autofocus (PDAF), OIS, and dual-tone LED flash.  ZTE uses a large 8MP sensor for the front-facing camera for selfies and video chatting.

The Axon 7 packs all of the usual suspects – WiFi, Bluetooth 4.2, GPS, NFC, and a v3.0 Type-C USB port for Quick Charge 3.0 and data transfer.  It is equipped with a fingerprint sensor mounted on the back of the device and a large 3140mAh non-removable battery for power. It has dual front-facing speakers, Dolby Atmos, and dual Hi-Fi chipsets.