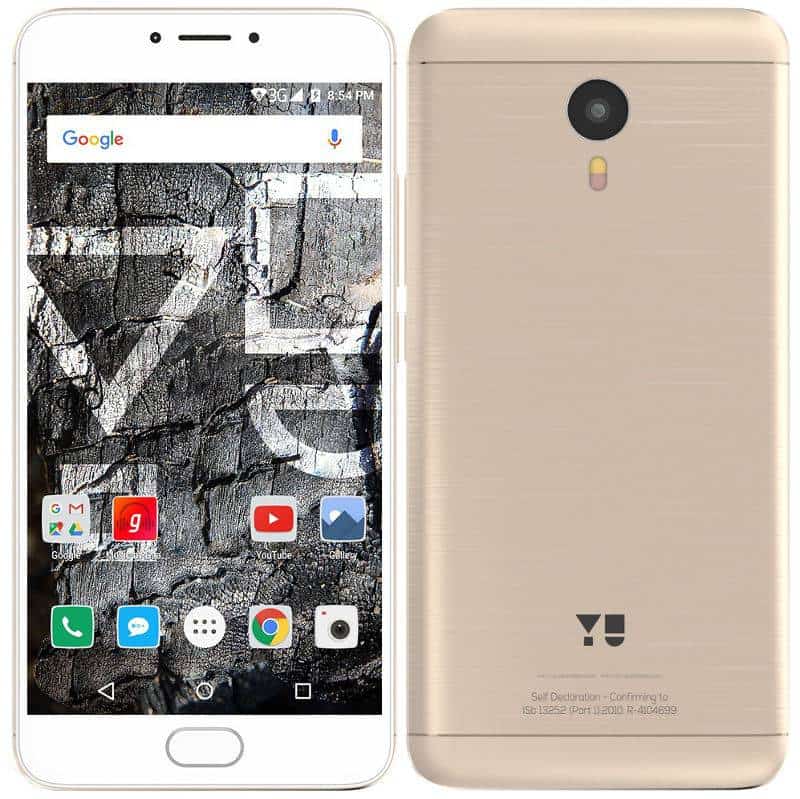 YU is an India-based company which is owned by Micromax, the largest India-based smartphone manufacturer, by far. That being said, YU has introduced quite a few devices in the last year or so, and all of them are quite affordable. YU's devices are powered either by Cyanogen OS or stock Android, which is something consumers mostly appreciate, and the company has introduced only one flagship handset thus far, the YU Yutopia. The Yutopia was announced in December last year, and despite great initial reactions, the phone hasn't been available for purchase for quite some time now. YU has teased a new flagship smartphone earlier this month, and they basically said that it will launch before the end of June. Well, that's exactly what just happened, read on.

The company has unveiled the YU Yunicorn, which the company refers to as the 'redefined flagship' handset. This smartphone sports a really solid set of specs, and it is very affordable, though do keep in mind it is powered by a mid-range SoC. Anyhow, let's take a look at its specs, shall we. The YU Yunicorn features a 5.5-inch fullHD (1920 x 1080) 2.5D curved display, 4GB of RAM and 32GB of expandable internal storage. This smartphone is fueled by MediaTek's Helio P10 64-bit octa-core processor, along with the Mali T860 GPU. The 13-megapixel snapper is placed on the back of the Yunicorn, and is flanked by the dual-LED, dual tone flash. The 5-megapixel camera can be found up front, and a 4,000mAh battery is also a part of this package, and it is not removable. This is also a dual SIM handset (hybrid SIM, nano + micro SIM), and Android 5.1 Lollipop comes pre-installed here with some additions by YU. The company is actually calling this software 'Android on steroids', though that's not an official naming, of course. YU has added a number of features on top of Android, including the monochrome mode. The fingerprint scanner is placed below the display, though we still don't know if that is a physical home button, or a capacitive home button.

This smartphone comes in Rush Silver, Graphite and limited edition Rush Gold color variants. The YU Yunicorn will be priced at Rs. 12,999 ($193) for the first month, and will cost Rs. 14,999 ($223) after that. The phone will be exclusively available through Flipkart, and flash sale registrations start at 2PM today (India time).