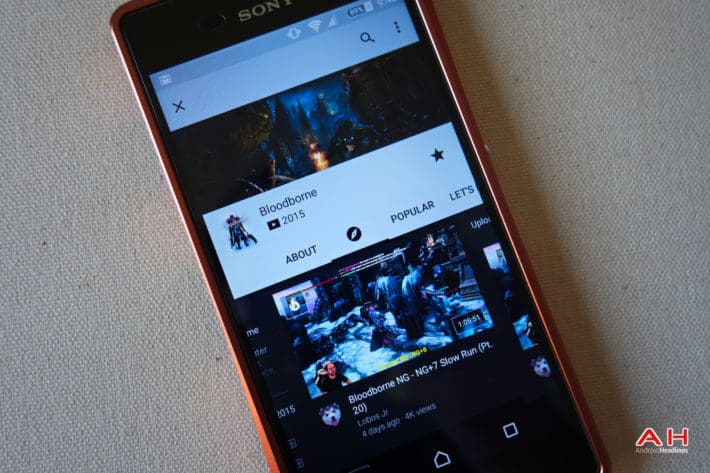 YouTube Gaming is set to launch event hubs early next month, offering an avenue for fans to latch on to live coverage of major sporting events including eSports competitions. Each hub will be dedicated to an ongoing or past event and you will be able to view available videos, official YouTube shows and live streams for all gaming events on their respective hubs. Launching on June 12th, event hubs will be introduced through keynote sessions conducted by E3 and Bethesda and will be explained further to YouTube subscribers by a live stream on the following day.

YouTube Gaming was first announced by Google back in June of last year as a dedicated service catering to the game streaming market. The YouTube Gaming app appeared on the Google Play Store a couple of months later, taking on the likes of other streaming platforms like Twitch by integrating with the standard YouTube app from which fans could import gaming channels that they already followed. The YouTube Gaming app let users find their favourite games by browsing through an alphabetical list, view live feeds of ongoing tournaments and subscribe to a number of channels. The event hubs, which will launch next month, will make it easier for fans to find what they are looking for by consolidating all available content related to a specific event inside a hub. This isn't the first time since YouTube Gaming was born that Google will be launching a comprehensive update to the Gaming app and web service. Back in December of last year, Google launched a version 1.2 update which brought in better streaming experience on smartphones and tablets, redesigned search results as well as a new welcome screen along with setup instructions for new visitors to the app.

The 12-hour live stream by Google on June 13th will cover press conferences, detailed discussions about the new update to the YouTube Gaming app and web service as well as live "Let's Play" playthroughs. Even though the overall content will more or less remain the same, the consolidation of event-specific content in hubs will let users watch live streams along with previews, post-game discussions and analysis easily which will undoubtedly make them spend more time inside the app than they do now. In the long run, it will be interesting to see if YouTube Gaming will be able to dethrone the well-established Twitch as the premier game streaming service in the country.