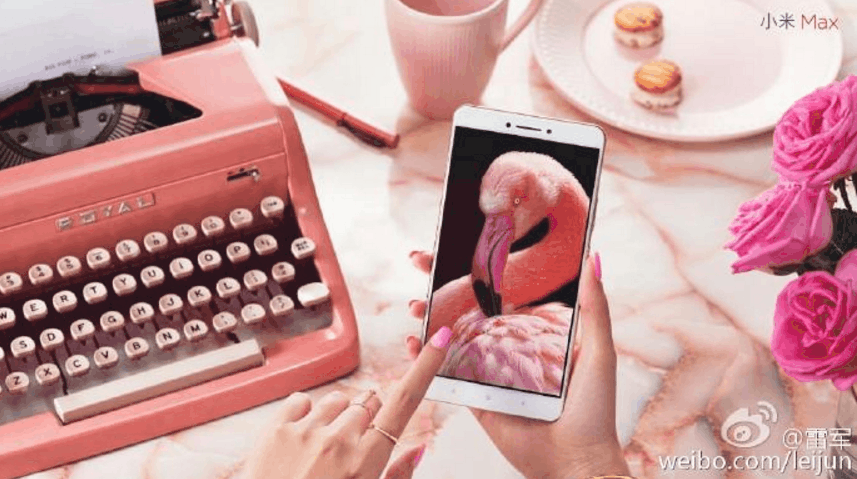 Xiaomi’s upcoming Mi Max smartphone has already been leaked a few times over the past week, both in the form of specs and unofficial images as well as an official teaser image shared by Xiaomi’s  CEO Lei Jun via Chinese micro-blogging site Weibo. This morning Jun has shared an additional three images that look to be press renders of the device, each with items and backgrounds that would presumably match the color of the phone which suggests that it will be coming in what looks like a pink, a gold, and a light blue color at launch, which should be sometime after Xiaomi’s expected unveiling of the phone at their event scheduled for May 10th, which is just this coming Tuesday.

Although there is no confirmation from Xiaomi at this point in time about the phone’s announcement, the amount of teasers being shared this close to the official event, coming from the company’s CEO no less, points to an unveiling as a likely scenario. According to the leaked specs from earlier this week, the Xiaomi Mi Max is going to be coming with a 6.44-inch Full HD display and have options for both 2GB and 3GB of RAM, with each of those coming with 16GB and 32GB of internal storage respectively.

The Mi Max is also speculated to come with a Qualcomm Snapdragon 650 CPU and an Adreno 510 GPU for the graphics, as well as a 16MP rear-facing camera and a 5MP front-facing camera. It’s also rumored to come with a fingerprint sensor which could be used for both mobile payments and unlocking the device, a 4,000mAh battery to power the device, and it should be coming with Android 6.0.1 Marshmallow onboard, albeit with Xiaomi’s latest flavor of the MIUI software UI skin that comes on their devices. Alongside the specs leaks and the teaser images, earlier in the week the tentative pricing was leaked as well, suggesting that the Mi Max with 3GB of RAM and 32GB of internal storage space would end up costing 2,199 yuan, which means the other model will be even less than that if the pricing is correct or within the same ballpark. 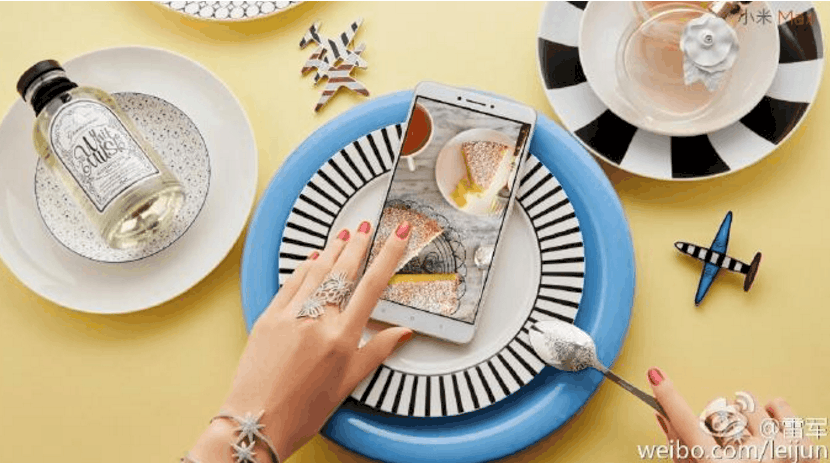 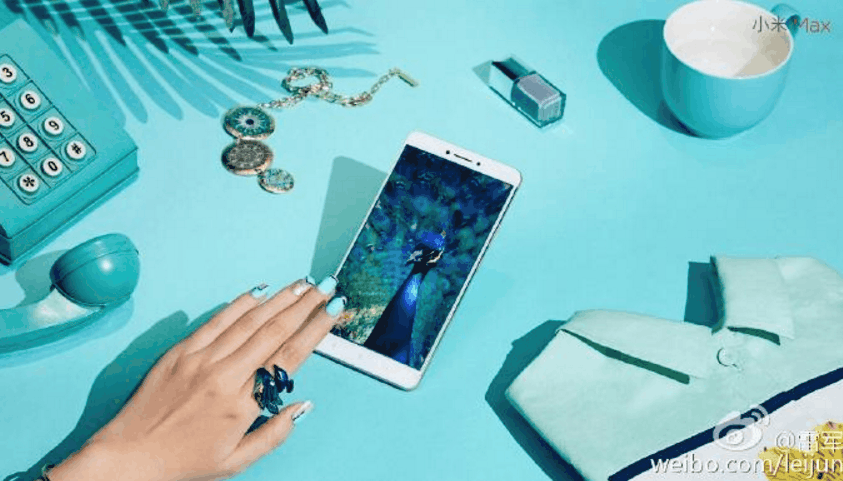