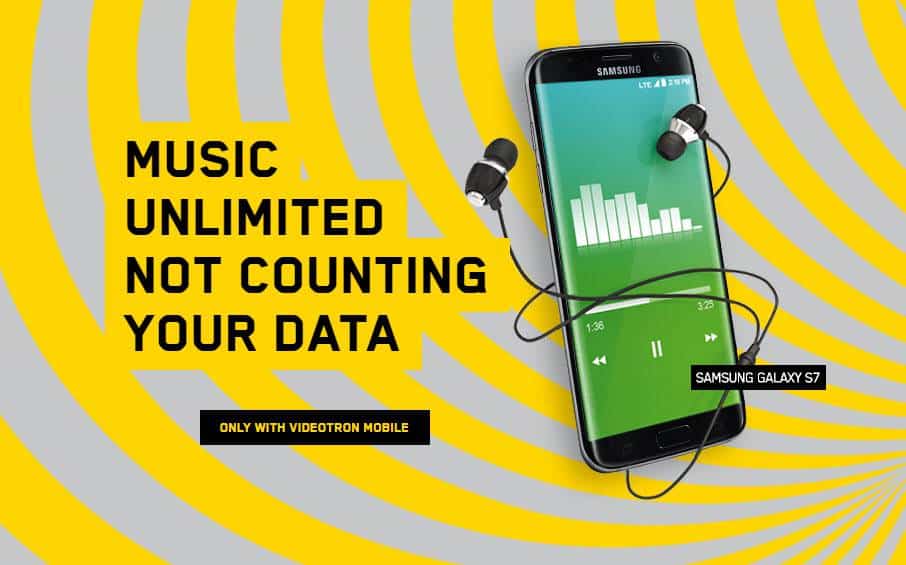 The Canadian Radio-television and Telecommunications Commission (CRTC) announced that they are going to investigate the different pricing practices when it comes to wired and wireless data plans by way of a public hearing starting on October 31, 2016.  The practice they are looking into happens when customers pay a different price for similar products or services.  The CRTC cites the practice of an internet provider exempting a particular service, such as unlimited music or video streaming, from data charges as an incentive to purchase their plan from them over another carrier.  This practice has come up time and time again – Rogers was accused by Bell for its Rogers NHL GameCentre LIVE and its GamePlus feature that added exclusive on helmet shots found nowhere else. Bell was attacked for their Mobile TV App, and now it is the turn of Videotron and its Unlimited Music service.

Videotron's website encourages listening to streaming music when you want to without having to use up your data. The popular streaming services Videotron offers includes the likes of Spotify, Google Play Music, Deezer, Slacker Radio, RadioTunes, and much more. In its recent press release, the CRTC specifically mentions Videotron – "The CRTC is looking at this issue following the receipt of applications regarding Videotron's Unlimited Music service, which exempts several music streaming services from data charges under certain mobile plans. The CRTC will rule on the Unlimited Music service on the basis of the broader record on differential pricing practices."

The CRTC will accept comments until June 17, 2016, and after that will hold a hearing on October 31 to examine the different pricing patterns and they point out that this differentiation in pricing can affect both wireline and mobile wireless plans.  The CRTC wants a plan in place so customers know what to expect from their providers.  Any comments regarding Videotron's Unlimited Music service will be added to the public record.  The CRTC recognizes that this practice of differential pricing is becoming a global trend that other countries are examining or already have reviewed. Jean-Pierre Blais, Chairman and CEO, CRTC believes that this issue is starting to be a common practice amongst service providers.  He is hoping that this gathering will help bring about meaningful dialogue and a better understanding of the problem.  The CRTC needs to look at the issues from all sides and the benefits and risks to consumers, the application providers, and the Internet service providers. It is important that the practices on net neutrality be transparent and provide certainty for all involved.  It will be very interesting to see what new regulations are put into place after the hearing at the end of October.