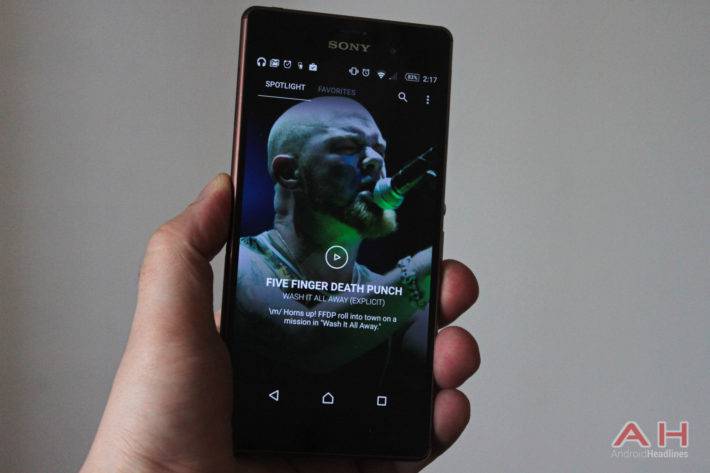 When it comes to consuming music nowadays, Android smartphone owners do have plenty of options to choose from. In fact, the 'music through you phone' business is one which is increasingly becoming crowded with a number of streaming companies coming through, as well as the less orthodox ones which seem to be coming through fairly often now too. A nice example of this latter group came in the form of the latest app released by Rhapsody, Rhapsody VR, which lets you get closer to the action by engaging with virtual reality concert videos.

Of course, then there's the whole music video streaming market, which YouTube and Vevo seem to be highly dominant in. Although most people probably do consume Vevo content through YouTube. An element Vevo looks to be hoping to change as the company has now released an update to the Vevo app which brings with it a much improved interface and one which is designed to guide its users towards new content that they might be interested in.

The redesigned app certainly puts the ability to personalize your experience at the heart of the design and as a result one of the big changes you will notice is the new Vevo Spotlight feature that is now included. This includes a curated list of music videos that are put together based on your history and choices. So the more you watch, the more the Spotlight feature will know and provide you with a selection which is likely to be to your liking. This feature also includes a New For You selection which again looks to highlight the latest and best videos that are available. Likewise, if you like (or in Vevo's case "heart") an artist, then you will be kept in the loop whenever an update about that particular artist becomes available. This is in addition to all the 'normal' aspects you would expect from an app like this, including the ability to browse, create your own playlists and so on. If you would like to give the new look Vevo app a try, then you can download the app by heading through the link below.