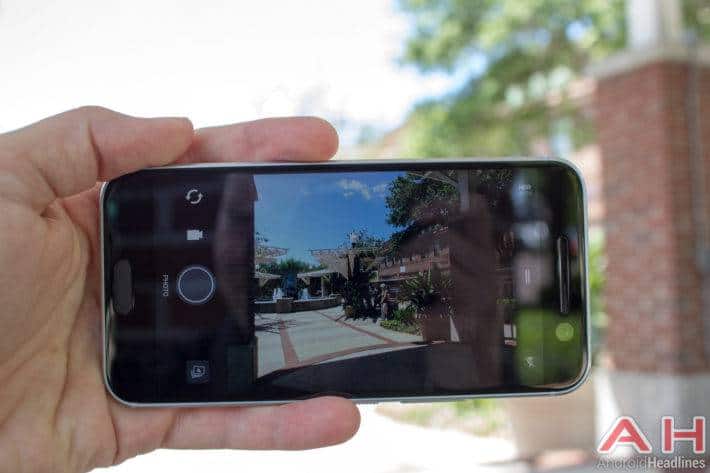 HTC announced their 2016 Android flagship device, the HTC 10, around a month later than the LG G5 and Samsung Galaxy S7. The HTC 10 is as similar as it is different: it's based around the Qualcomm Snapdragon 820 System-on-Chip, backed up by 4GB of RAM. There's a 5.2-inch, QHD resolution SuperLCD5 panel, 32 GB of internal storage plus a MicroSD card slot to add more. The device runs Android 6.0 Marshmallow under HTC's proprietary Sense user interface. HTC have given the handset device-wide high definition audio and for photography, there's a 12 MP rear camera complete with a laser autofocus and a 5MP front facing camera. Under the aluminum alloy unibody, the device is kept alive by a 3,000 mAh rechargeable battery, which is topped up by a USB-C cable. The handset supports Qualcomm's QuickCharge 3.0 high speed charging technology over USB Type-C, which has caused some charger issues.

Shortly after the phone's launch, HTC released a software update for the device designed to improve a number of aspects. The update was received in early May but today, Mo Versi, Vice President of HTC Products, tweeted that Verizon has approved the update and it will start to arrive on customer handsets from tomorrow. This particular update includes a number of fixes to the camera software. These include improving the sharpness of images both in good, strong outdoor light and when things are getting dim. HTC have also reworked the laser autofocus too in order to improve how often the device would refocus the camera on a close object, or would report that the laser was blocked when trying to focus on an object. Reports came in from users globally that the software fixes have improved how well the HTC 10 takes photographs across the board, with many observing that HTC have removed the blown highlight issue that was reported in early reviews.

All of 2016's flagship devices have a compelling camera set up. The HTC 10 includes optical image stabilisation for both the main and front cameras and captures 24-bit stereo audio when recording video. However, although the HTC 10 has a great sounding camera specification on paper, it's good to see HTC adjusting and improving the camera quality just as it's also good to see Verizon testing and approving the new software update in a timely fashion too.