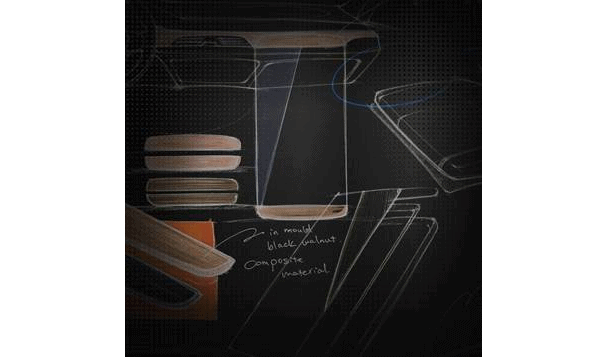 ZTE's new Axon7 flagship will be announced really soon. The company has already released a number of teasers thus far, teasing mostly Axon7's audio capabilities, and the phone's design. This device has already been certified by TENAA (China's equivalent to the FCC), and the company has announced that the device will be announced on May 26th. ZTE has also confirmed that they will live stream the phone's launch event on Facebook, so keep that in mind if you're interested.

That being said, the company's CEO, Adam Zheng, has shared a rather interesting sketch on Weibo (Chinese social network) recently. Now, according to our sources at the company, ZTE is actually partnered up with Designworks in order to provide the best design for the Axon7. Designworks is actually a daughter company of the BMW Group, and is responsible for designing a number of cars, yachts and even trains. Now, another thing worth noting is the fact that ZTE has an established European design center in Germany, which is the home of company's chief design officer, Hagan Fendler. ZTE's CEO has actually mentioned this design center quite recently, which is yet another hint that the device has been designed there. Previous Axon devices have been designed in Germany, and so were the ZTE V880 and GrandsS devices.

According to TENAA, the Axon7 will sport a 5.5-inch QHD (2560 x 1440) OLED display, 4GB of RAM and 64GB of expandable internal storage. The phone will be fueled by the Snapdragon 820 64-bit quad-core processor, and a 3,140mAh battery will also be included here. The 20-megapixel camera will be available on the back of this device, and an 8-megapixel snapper will be placed up front. The phone will be available in Gold color variant only, at least according to TENAA, and will weight 175 grams. The device will measure 154 x 77 x 9.8mm, and based on its design and the company's teasers, we can expect it to sport two front-facing speakers. The fingerprint scanner will be placed on the back of this phone, and if you'd like to take a closer look at images which surfaced on TENAA a while back, take a look at the gallery down below.