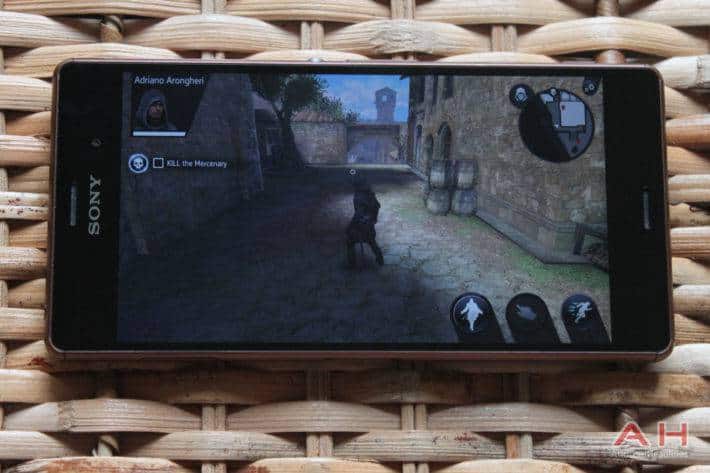 Ubisoft's Assassin's Creed franchise is easily their most popular series of games, and while there have been a number of AC games launched on mobile as well as Android specifically, there haven't been any on Android that could reach the scale of gameplay that you can find in the console and PC releases. This changed once Ubisoft announced and launched Assassin's Creed Identity, first launched on iOS last year, and has now officially launched on Android with availability now live in the Play Store. For those who are familiar with the Assassin's Creed franchise, this is a full-fledged AC game that features tons of Action-RPG elements from leveling your assassin to even choosing your assassin type with unique traits.

Graphics are visually striking for the most part although it is worth mentioning that they will look quite a bit better on the newest and most powerful devices, compared to slightly older devices like the Sony Xperia Z3. You can start off by choosing from beserker, shadowblade, and trickster assassin classes, and there is a fourth called thief which is unlockable. Movement of the gameplay is controlled through an on-screen d-pad with gestures to control the camera that let you look around. The game also supports Bluetooth gamepads, so if you prefer traditional control styles you can easily connect one. On-screen also feature tap-to-move so you can play rather simply if you like as well.

The game features tons of missions and exploration as the game is open-world to a degree, although it will not be as large as the traditional games in the series. There will be timed events and such that will end up offering special rewards for participants too, so this is something that you'll want to look out for if you plan on playing this game consistently. Just like in the other AC games in the series, you can customize your assassin with different outfits and evolve your character with stronger attributes and abilities as you level up. The game also supports multiple languages including Japanese, Italian, German, French, Russian, Spanish, and more. Assassin's Creed Identity is a paid game that will cost you $4.99 t pick up and install, but there are also in-app purchases that are there. Having said that, these are completely optional and you can get by without them.