No matter how much you love a phone or are impressed with its initial set of features, there’s always room for improvement with Android and a way to make some things you didn’t like first time around, right. Whether or not you have a Galaxy S7 or Galaxy S7 Edge, this special Top 10 of ours will apply to you and give you some pretty interesting things to try out on your device as well as tame your beast to your liking.

Tweak or Turn Off the Always On Display Mode 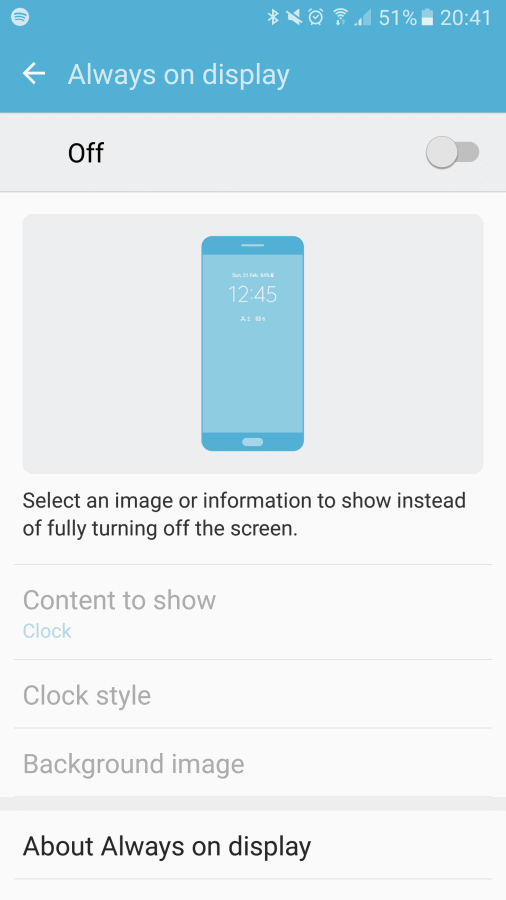 While the Galaxy S7 and Galaxy S7 Edge launched with the Always On display mode as a key feature, that doesn’t mean you have to use it. In fact, it’s really easy to turn off if it’s just an annoyance to you, or you can tweak what it displays to make it a little more useful. To do either of these things, you just need to head on over to the Display settings in the main settings menu and there’s a separate option for “Always On display” which is where the right settings are found.

Change the Grid Size for the Home Screen 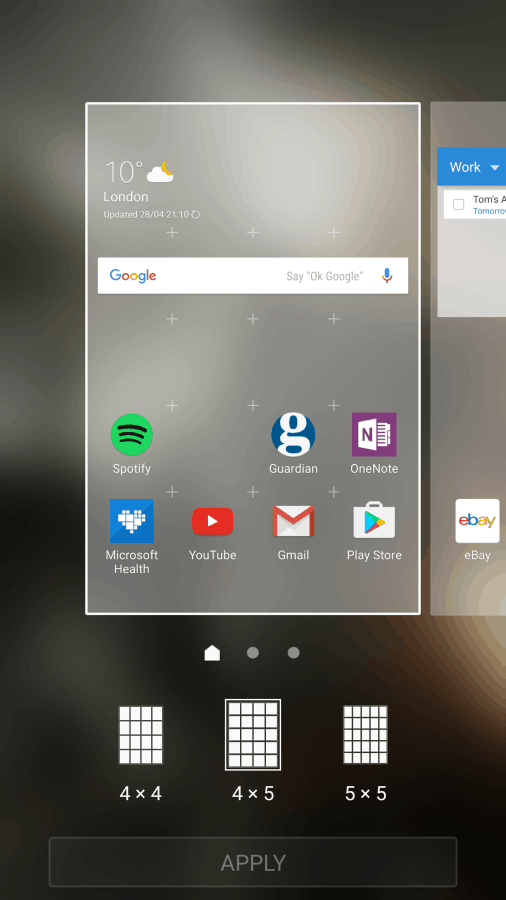 In recent years, Samsung has taken a more tame approach to modifying Android and so the home screen on the Galaxy is fairly standard. It looks and feels like the standard Android launcher in a lot of ways, and this is a good thing for most people. Still, Samsung have some extra options if you’re interested in making the most of your display, and long-pressing on the home screen and then clicking the grid size option will get you the choice that you’re looking for, allowing for a 4 x 4, 4 x 5 or 5 x 5 grip option. This gives you more or less space for apps and widgets, depending on what you’re going for. 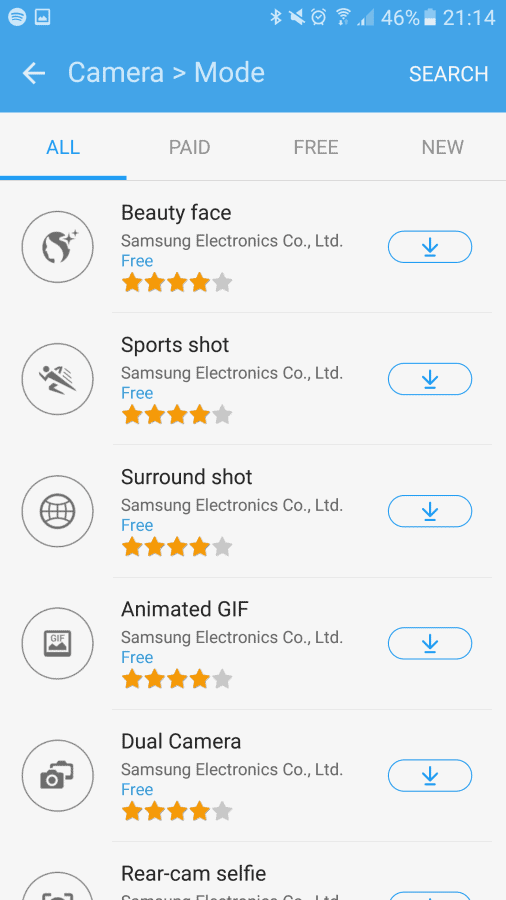 The camera in the Galaxy S7 and Galaxy S7 Edge is already pretty damn good, but with some extra modes, it gets even better. To do this, you’ll need to have a Samsung Apps account, which is something you might have already set up when you first got your Galaxy S7. To get some extras for your camera, open up the camera app, tap “modes” and then hit “download”, this opens the above screen which allows you to download new camera modes, such as the animated GIF mode and Surround Shot. 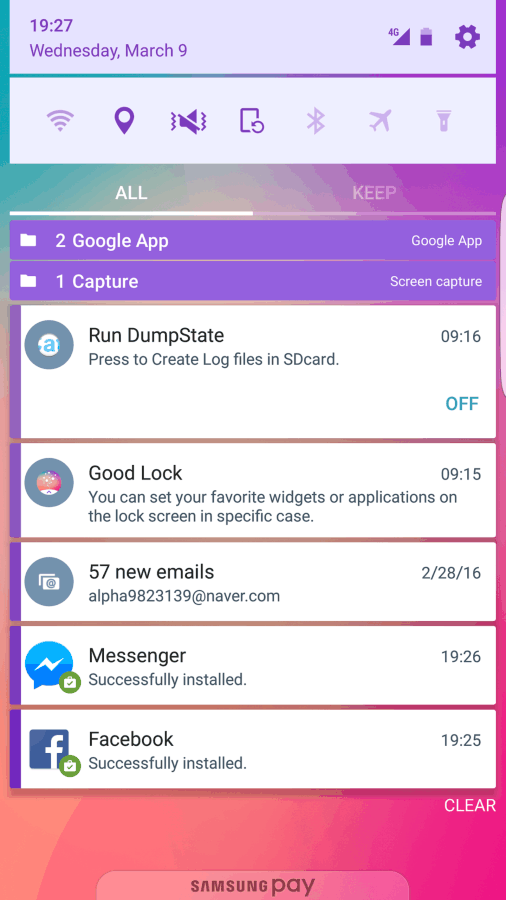 Good Lock is a strange little app from Samsung that was released a while after the Galaxy S7 and Galaxy S7 Edge, and it essentially brings some extra changes to your device. it makes the notification shade feel more like stock Android, it offers a myriad of more customization options and will extend the usefulness of your lock screen, too. It’s a free app to download, and if you want a change from the norm, this is a great app to give a go. Those looking to download this one can do so from here. 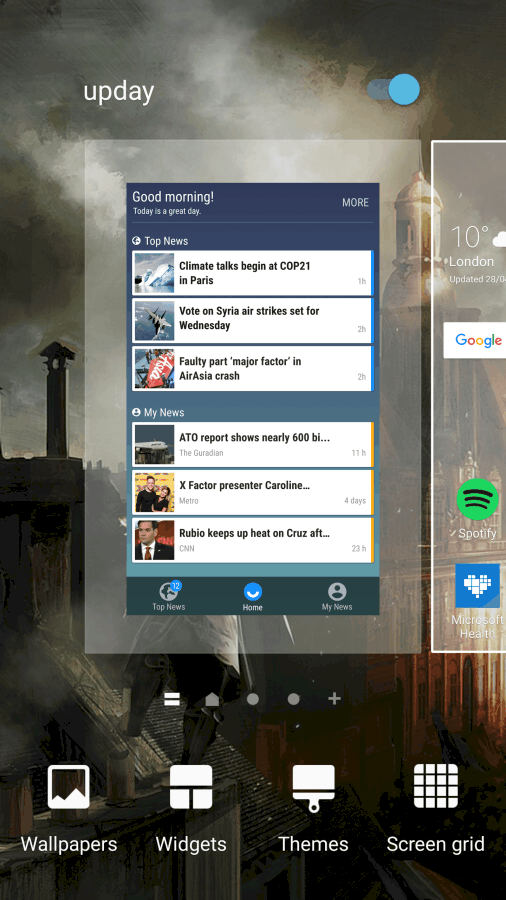 Depending on where you are in the world, your Galaxy S7 device might feature a Flipboard pane at the beginning of your home screen. As a UK resident, this Editor has Upday as his first page to the launcher, to turn either Flipboard or Upday off, you just need to long press on the home screen and then scroll to the first pane and flick the switch, that’s it!

Change the Sound Settings to Get Better Sound 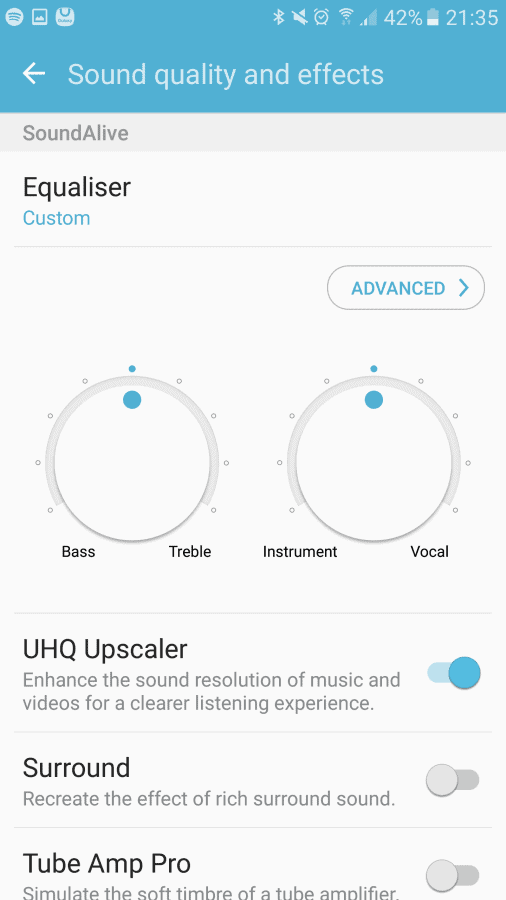 Listening to music on the Galaxy S7 can be great, but if you head on over to the sound settings, scroll all the way to bottom to “sound quality and effects” you’ll find a treasure trove of tweaks. The UHQ upscaler is a must for wired headphones, and the Tube amp effects are a nice way of warming up a pair of headphones and these options go a long way to delivering one of the best sound experiences of any Android phone. 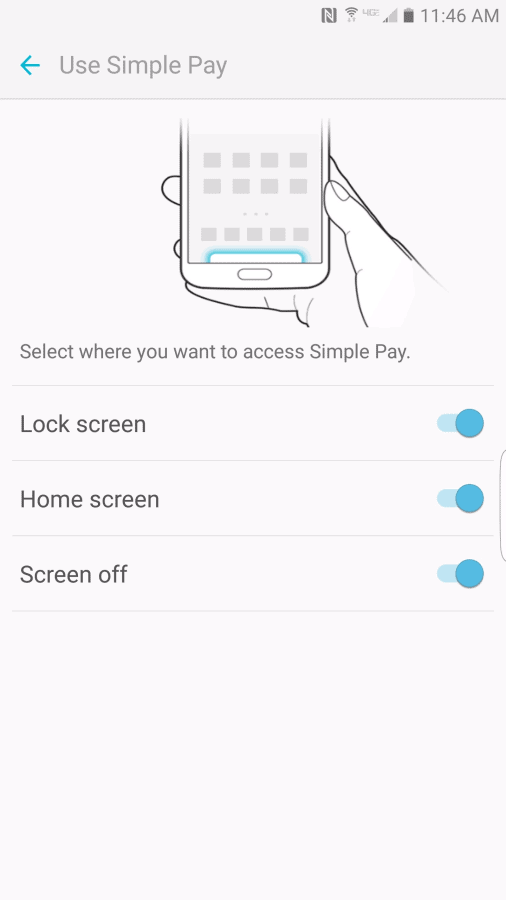 If you’re lucky enough to be in area where Samsung Pay is available, you might want to make it even quicker to open it up next time at checkout. With this option, found inside of the Samsung Pay app itself, under More, Settings and finally Smart Pay you’ll be able to access Samsung Pay from whatever screen you’re on, instead of having to find the Samsung Pay app every time. 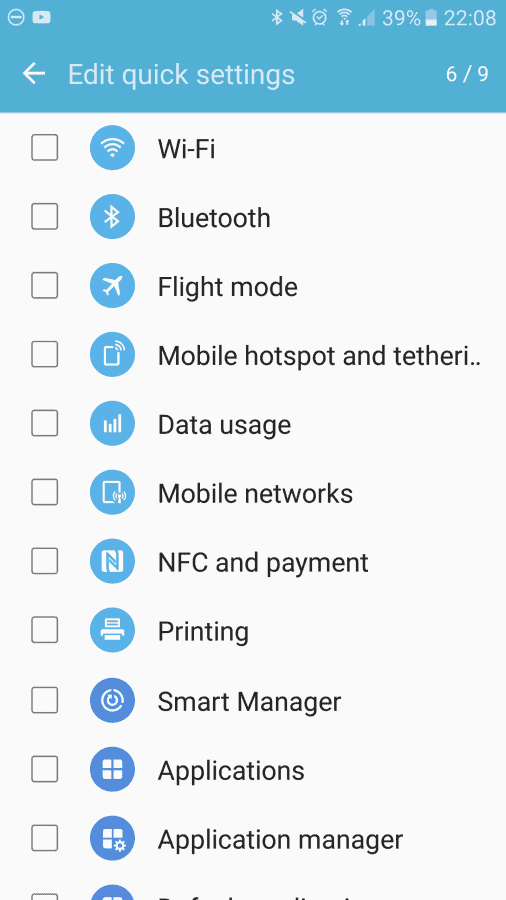 While the search bar in the Settings menu makes things nice and easy to find, there’s an even more helpful option available to you, which allows users to change the six settings that appear at the top of the settings list. To do this just hit edit in the area around the six top options, and you can choose whichever apps you want to appear there. 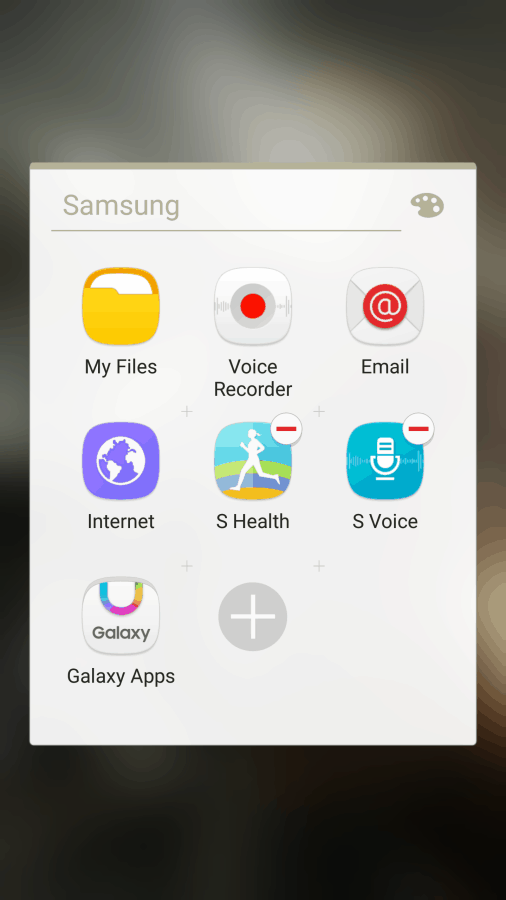 While you can’t uninstall system apps on the Galaxy S7 or Galaxy S7 Edge, which includes apps from your network provider as well as Samsung, you can at least brush them under the carpet. By opening up the app drawer and then hitting the Edit button, users can then hit the minus icon on apps to remove them out of sight and stopping them from using any resources behind their installed size. A decent compromise, this is worth checking out for some of the more pesky apps out there.

Change The Look and Feel of Your Phone With Themes 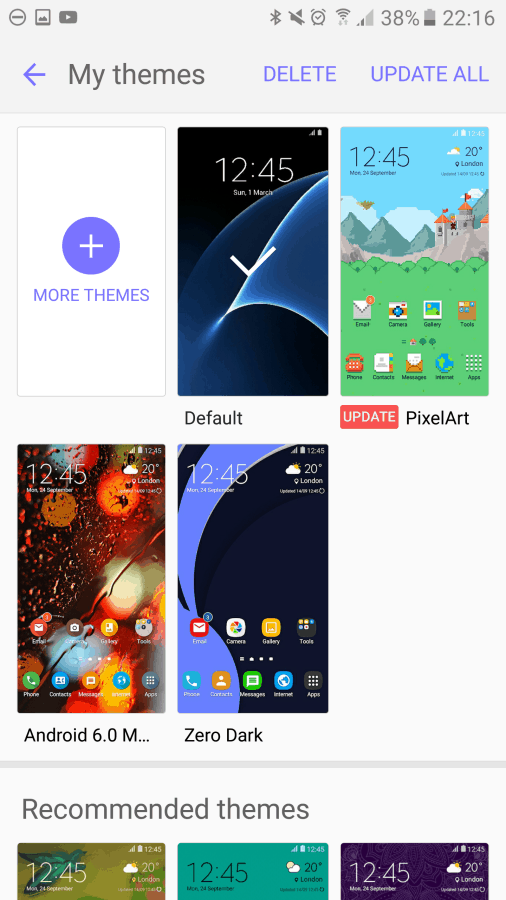 Samsung now has a wide variety of different themes available for people to try out and customize their devices with and it’s one of the easiest ways of making a device feel your own. These change the icons, wallpaper and other elements of your phone. Some are free while others ask for a payment, but to try them out for yourself just open the Themes menu in the main Settings menu, just underneath Wallpapers. 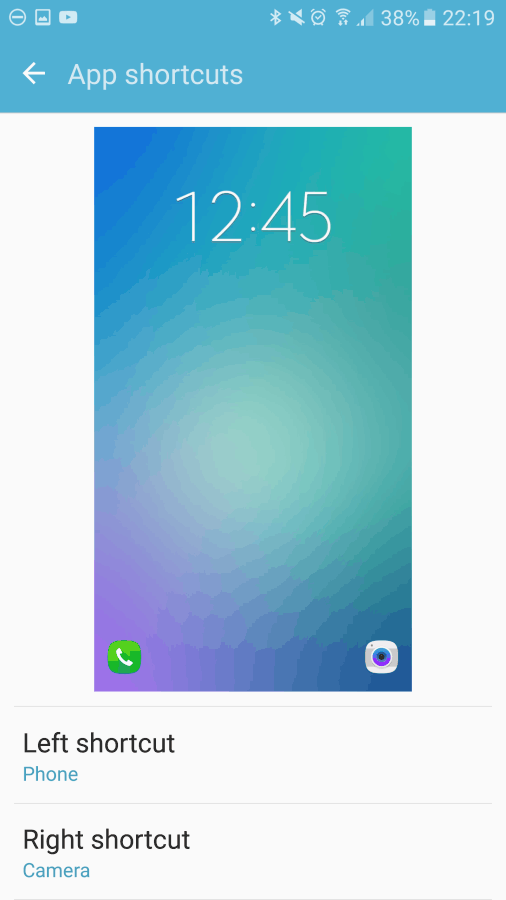 By heading into the Lock screen and Security settings from the main Settings menu, users can change what’s display on the lock screen, but more importantly, change which shortcuts display on the left and right-hand sides of the display, which will be a nice option for a lot of users out there.