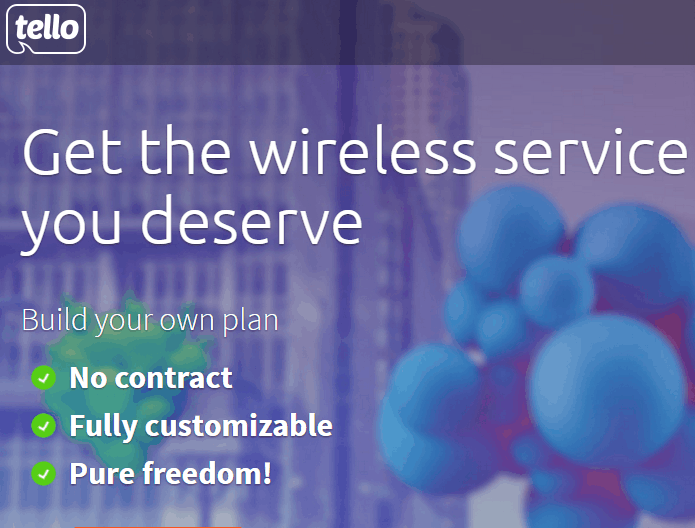 Of the four national carriers operating in the United States of America today, two are more concerned with prepay customers compared with the other two. AT&T and T-Mobile USA are showing growth in their prepay customers whereas Sprint and Verizon Wireless are showing falls in their prepay subscribers. However, the North American market benefits from a number of smaller, regional carriers plus many MVNOs, or mobile virtual network operators. These MVNOs are essentially a reseller of the carrier’s airwaves, as they buy minutes, text messages and data in bulk and pass on some of the savings to the customer. Some MVNOs are able to use multiple carriers, meaning that the end customer should be able to benefit from a signal almost anywhere. One such example is Google Fi, which uses a combination of Sprint and T-Mobile USA. And today we’ve news of a new MVNO, Tello, which will piggyback Sprint’s network. Tello will join over a hundred MVNOs jostling for customers’ attention.

Tello is a mobile virtual network operator that has been running a UK operation since 2014. The business offers a “no frills” service and customers benefit from a number of features. Customers can pick between fully customizing their plans using an online dashboard to using a number of Tello’s pre-made plans, such as their $9 a month economy plan, which includes 100 minutes, 200 texts and 200 MB of data (up to and including LTE). Tello also offer a “Data Savvy” plan, which includes 500 minutes, no text messages and 5 GB of data – presumably it expects customers to use instant messaging applications rather than SMS messages. The data savvy plan costs $55 a month. For customers reaching or exceeding their data caps, Tello will throttle their connection speed down to 64 kbps. Tello also offer a pay as you go national and international calling, texting and data service, too. They have promised to offer twenty four hour customer service should you need it.

As far as devices go, customers can either ring their own unlocked CDMA device to use on Tello’s network and for this, there is no activation fee. Alternatively, Tello are selling a number of devices such as the $56 Kyocera Hydro up to the $439 Samsung Galaxy Note 5. Sprint’s vice president of wholesale solutions, Scott Kalinoski, said this on the new launch of Tello “Tello’s innovative rate plan and customer-first model is very exciting. I think the straightforward offers and approach to how they do business will resonate in the market.” However, Tello’s greatest challenge is likely being visible in a crowded market place.