Microsoft’s Office suite has been available for Android for quite some time now. Chances are you’ve been using Microsoft Office before it arrived on Android considering this suite has been available for desktop platforms for a long, long time. Microsoft World, Excel and Power Point are all a part of Android, as most of you know, and no matter whether use these apps or prefer something else (like Google Docs, for example), it’s hard to deny that Microsoft did a really good job when it comes to both design and functionality of those three applications, and the Google Play Store rating can attest to that.

That being said, Microsoft has released a number of updates for their Microsoft Office applications already, and a new one arrived quite recently. All three applications have been updated, and aside from minor improvements and bug fixes, Microsoft has added the ‘Tell Me’ helper, a feature that is not exactly new, but it is new on Android. This feature has been a part of Microsoft’s Office Online for years now, and this is essentially a search box within Microsoft’s Office applications. Now, this search box is here to help you find less known features of Microsoft Word, Excel and Power Point. All you have to do in order to activate this feature is tap the light bulb icon which is located in the upper left corner of the aforementioned programs, and that action will open the ‘Tell Me’ search box. Some answers / features (more popular ones) will jump at you straight away, while you’ll have to search for the rest of them. Now, this might not seem like a really important feature, but it really can be. Microsoft’s Office services are quite powerful, quite probably more powerful than most of you think, and this is a great way to find a particular feature you didn’t even know it existed.

Now, in addition to this helper tool, Microsoft World’s autocomplete engine got the update as well, while Microsoft Excel can now merge / split cells in the mobile editor, which will certainly come in handy to some of you. All these updates are already rolling out, and chances are most of you already run the latest versions, but if you don’t, be patient, the update(s) will hit your device soon. 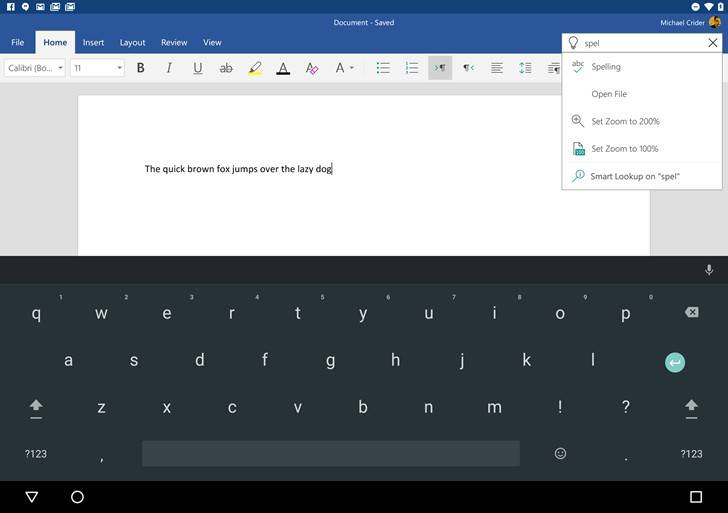