Android is the most popular mobile operating system on the planet, but looking at the revenue generated by developers might make you think twice. While there are more Google Play Customers than there are Apple App Store customers, iPhone owners pay more in their App Store than Android customers. Because of this, there are fewer Android-only developers selling applications to customers. Instead, developers also work on iOS and web browser applications too. This weakness of the Android infrastructure will be strengthened in a small way when the Chromebook platform is able to run Android applications as it will increase the potential customer base.

At last week's Google I/O Developer Conference, the company announced a significant upgrade to the Firebase service, which currently has a little under half a million customers. Google adopted the Firebase service in 2014 and has helped increase the customer base from just over 100,000 to the current number. Firebase currently provide Realtime Database, User Authentication and Hosting services designed to make application development easier. These three services have all been polished: Authentication has new software development kits and upgraded infrastructure, using the same technology behind Google accounts. However, Firebase' platform upgrades will bring many new features to developers, including the Firebase Analytics product, which is an evolution of Google Analytics. Google is renaming Google Cloud Messaging to Firebase Cloud Messaging, which continued to be available free for unlimited usage, supporting the Android, iOS and Web platforms. Developers will also benefit from the Firebase Remote Config, Firebase Crash Reporting and the renamed Firebase Test Lab, which was the Cloud Test Lab. The official Firebase summary of benefits is included at the bottom of this post.

The idea behind the Firebase portfolio of services is simple: developers get to write their applications and leave the infrastructure, messaging and notification services to Firebase. Firebase also provides support in diagnosing problems with the application, too. However, the announced upgrades to the Firebase platform also introduce something else: Firebase is now a stepping stone to use the Google Cloud Platform. Soon, developers will be able to easily shift gears and use Google's massive computing resource very simply and easily as part of their application. Google's redesign and focus on cloud computing is part of a 2016 theme: Google are competing with Amazon and Microsoft in the cloud computing arena and are using joined up thinking, connecting different parts of their business. For developers needing more power for their applications, it will be much easier to up the ante and for Google, it may only take a few customers to upgrade to Google Cloud Computing to make the Firebase upgrades a commercial success, but all signed up developers will benefit from the improvements. 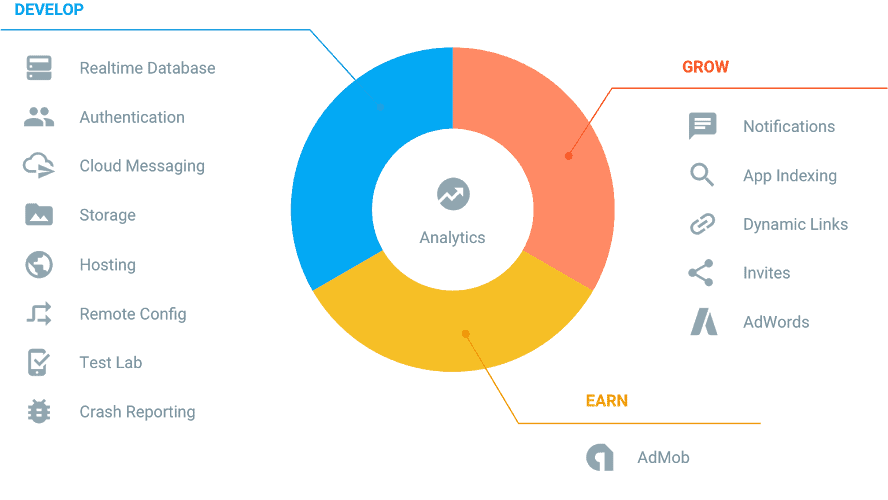