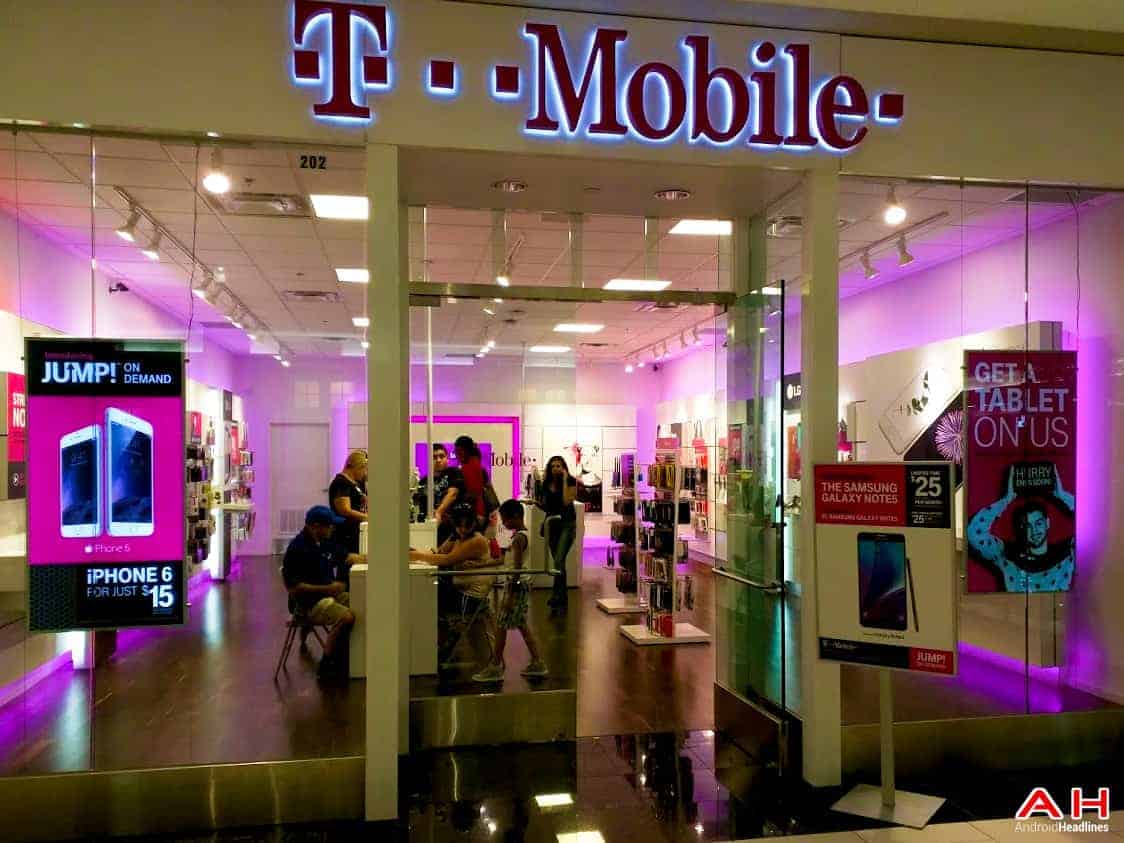 T-Mobile is a company that knows how to stay in the limelight one way or another. Its marketing strategies may not be to everyone's taste, but it's difficult to argue with the company's growth story in an industry where its major rivals are struggling with high attrition and customer churn. Led by its charismatic, outspoken and often-controversial CEO, Mr. John Legere, the company has already become the third-largest carrier in the US, having gone past Sprint last year. Although the company has a long way to go before it can catch up with its older and bigger competitors, Verizon and AT&T, Mr. Legere and his team have been trying every little trick in the book to get one up on their more well-entrenched rivals.

According to reports, T-Mobile recently paid $21,800 at an auction to earn the rights to place a sponsored message on the right shoulder of world 800 meters silver medalist and Olympic hopeful, Mr. Nick Symmonds, in the form of a temporary tattoo. Having secured the rights to Mr. Symmonds' shoulder, Mr. Legere summoned his legions of followers on Twitter to express their views on the most suitable message to adorn the prime advertising real estate. Apparently, the leading choice turned out to be an emoji of Mr. Legere with a profane reference to AT&T. While neither Mr. Legere nor the T-Mobile marketing team are yet to announce their decision publicly, it is unlikely that the company will indeed go that route, but given Mr. Legere's propensity to attract controversies, all bets are off.

Reports indicate that according to the contract signed between the two parties, Mr. Symmonds is obligated to carry the temporary tattoo for at least six events, including races in the Olympic Games, should he qualify. It would indeed be interesting to see which way Mr. Legere goes eventually, especially because AT&T has been the official telecommunications partner of the U.S. Olympic Committee for over three decades now. Of course, all this is conjecture right now, seeing as Mr. Symmonds is yet to officially qualify for the main event to be held in Rio de Janeiro in less than three months' time, but given his credentials, it would be a surprise if he doesn't. 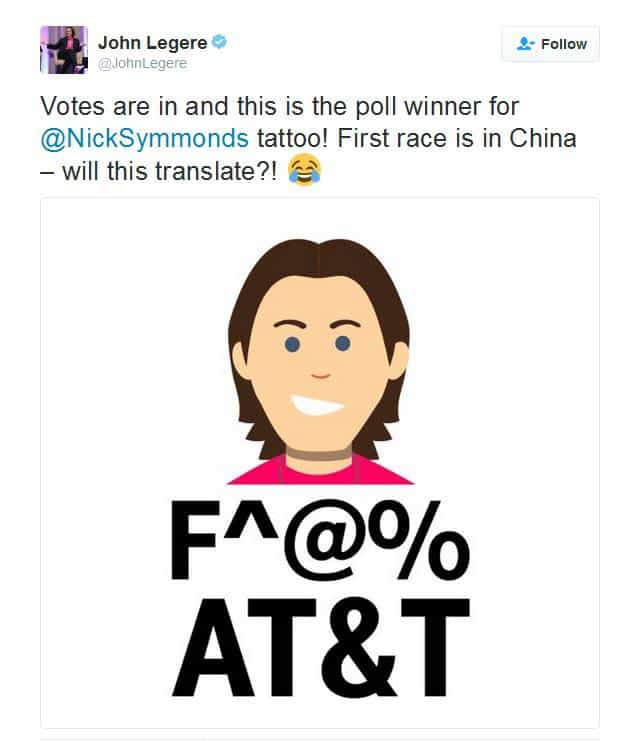