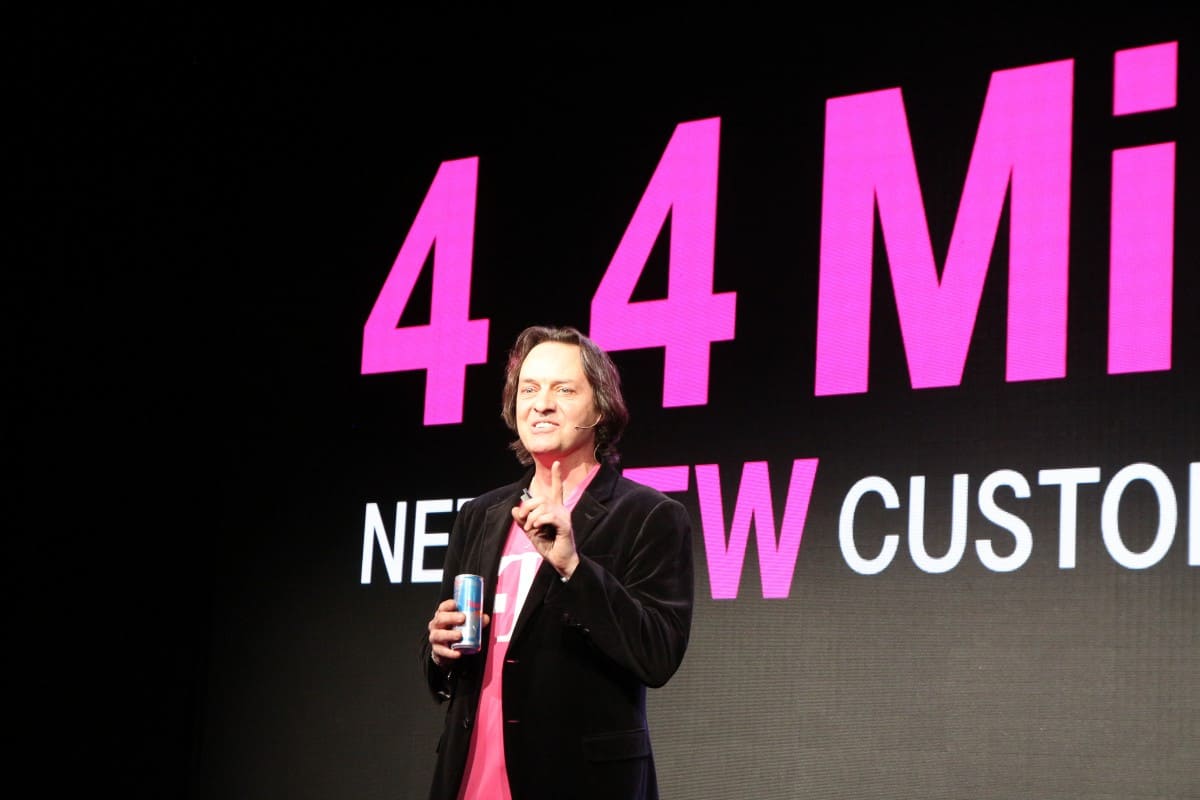 It looks like T-Mobile's CEO, John Legere is getting creative about advertising for his wireless company. Track Star and Two-Time Olympian, Nick Symmonds, auctioned off about 9 square inches on his right shoulder, over on eBay. Legere was the winning bid, at $21,800. The way that the advertising will be done is using a temporary tattoo. Which in the description of the auction over on eBay, Symmonds notes that the tattoo must be in the "form of a logo, website URL, and/or social media username". The auction is only for the right shoulder, as the left shoulder is used for the Run Gum Company which Symmonds owns and founded in 2002. Symmonds writes in the description here that due to rules and regulations, during some races he'll have to tape over the advertisement. As he can only have logos of his apparel and equipment manufacturers showing.

If you follow Legere at all on social media, you'll know that he is a big fan of running. He will typically Periscope while running either with his daughter(s) or with the other executives at T-Mobile. Legere said that he is "happy to do my part to support USA running & this amazing athlete!" He is also asking his Twitter followers what he should have temporarily tattooed on the right shoulder of Symmonds. There are four choices in his Twitter poll, which include: #WeWontStop (Magenta T), American Flag, I Run Good, and F^@% AT&T w/ his emoji. Right now, the last choice which is taking aim at competitor AT&T is in the top spot with 47% of the vote. Followed by the American Flag.

It's worth noting that AT&T is the official telecommunications partner for the US Olympic Committee since 1984, and for the US Track & Field since 2006. So using that profane ridden temporary tattoo would definitely get some attention during the 2016 Track & Field season. Symmonds has about 6 events listed that he plans to participate in, including the 2016 Olympic Summer Games which are taking place in Rio de Janiero, Brazil in mid-August. Symmonds says that he does still need to qualify for the national team – which those trials take place in early-July – but since he is a two-time Olympian, it's pretty likely he'll be involved.

There are a few hours left to vote on what Legere should have tattooed on his new advertising real estate. So head on over to his Twitter account and cast your vote. 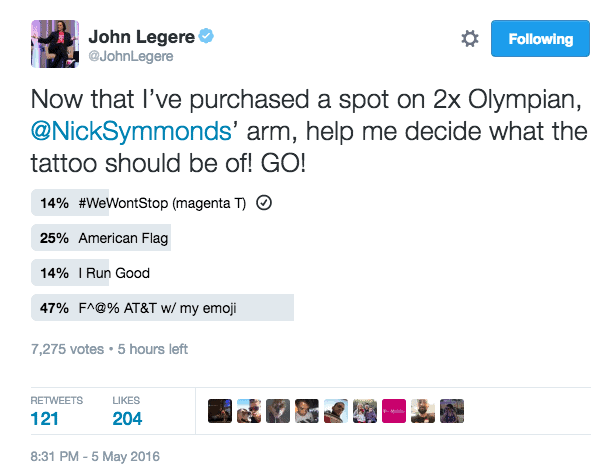