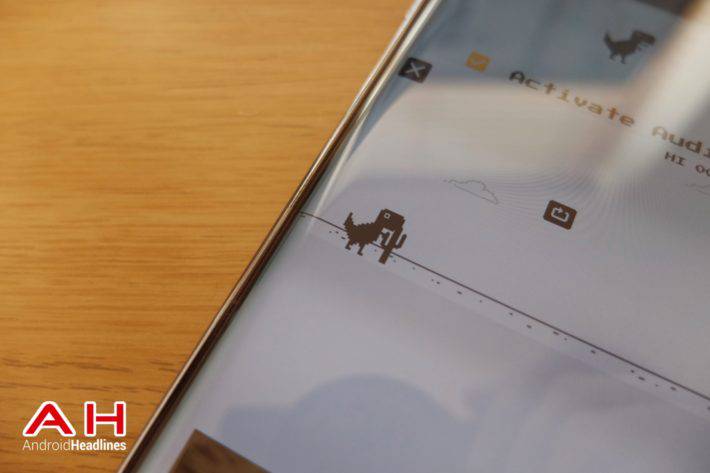 When it comes to Easter Eggs, hidden little secrets within apps or programs there are few companies that are quite as liberal with them as Google is. Easter Eggs have practically become a part of Google's DNA, Android gets a new one each time there's a new version number and other products like Search and YouTube have their own fair share as well. One Easter Egg that users of Google's Chrome web browser will no doubt be familiar with is Steve, the Dinosaur. The fun character that pops up during the "you are offline" notice page was worked into a fun mini-game within the browser, and now a fun new game, simply titled "Steve", lets players play the game on top of any app.

Using the great artwork from Sebastien Gabriel, Steve is a game that delivers some pretty simple, yet addictive gameplay. It's essentially a Flappy Bird sort of game, with players having to tap at the right time to jump over some nasty Cacti that are in Steve's path. The game will remind fans of the classic monochrome Game Boy games as well as those that just want to get their hands on some simple gameplay. Easy to use, Steve features a persistent notification that can be used to launch the game, or players can start the fun by pulling out the little tab on the side of their display as well. It's a one-tap game and there's a simple high-score for players to post as well. It's a fun concept, and one that shows just how fun and flexible these simple games can be, perhaps you're in a conference call with some particularly boring investors? Just open up Steve and start cracking that high-score.

Intended as a fun nod to one of the more popular and endearing Easter Eggs from Google over the past few years, Steve is free to download and play, and while the main dashboard of the game does feature banned ads, these are small and easily-missed when clicking options. Those interested in taking a look at the game can do so by clicking the Google Play button below, and there are some screenshots further down of what to expect.