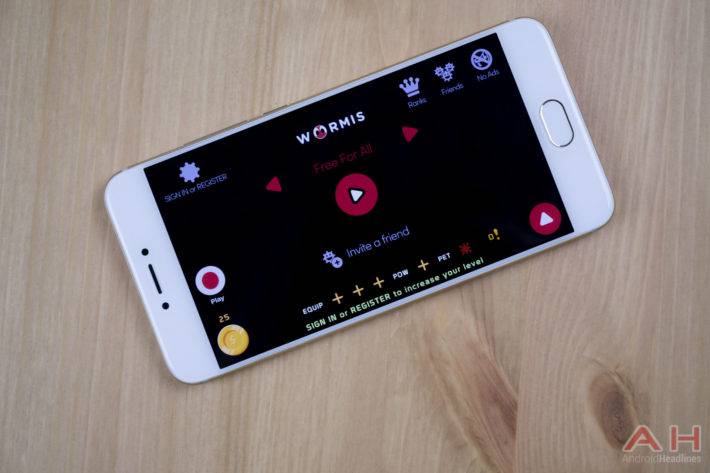 If you're looking for an addicting game, look no further than Worm.is, which is new on Android. It's a multiplayer game, and the object is quite simple. You see, you are here as a worm and you are slithering around looking for some food to eat. The more food you eat, the longer you get. Like in the real world, there are worms that are slithering around you also looking for food to eat and will try to cut in front of you. However, what's interesting here is that once your head hits another worm, you then become food for these worms. You'll also be tasked with attempting to intercept your enemies and then eat their mass. There are also viruses floating around, so this shouldn't be a big surprise, but you'll want to avoid those viruses.

This game sounds a bit disgusting, considering you are here eating other worms and such. But it is a terribly addicting game for Android, it already has nearly 4,000 5-star ratings. There are also two different game modes available with Worm.is. There is free to play and random team. The developer, Freakinware Studios Limited, says that there are more modes coming soon as well. The game does also allow private rooms, so this way you are able to play with just your friends and not other random people that are also playing Worm.is. You can also expel mass and then give it to other worms.

What really sets this game apart from some of the other games, like agar.io, is the fact that small worms can actually kill big worms. Something that may not happen, or at least be very likely, in the real world. It's a great time-wasting game, especially great for traveling – as we can all get bored during long periods on planes, trains and even in the car. It's a free game, but it does have in-app purchases. We're looking at prices of $0.99 to $14.99 per item within the game. It also supports Android 2.3 Gingerbread and higher. Which should allow just about anyone with an Android device the ability to play this game. You can pick it up from the Google Play Store today.