Deadly Fight is an Android game that hopes to rekindle some of the classic fighting games of the past but on your Android smartphone or tablet. It features 20 different fighters, that users can unlock with coins, and it has a lot of tough challenges ahead for players to get stuck into. There are training, championship, versus and two-player modes included here for a lot of replayability. Free to download and play, this is a game that wants to rekindle the classic arcade fun that some will remember and many more might not have ever played before. Let's see if this fighting game can talk the talk, shall we?

As with most other Android games, users are best advised to download Deadly Fight from the Play Store, and once installed, they can launch the game, only to be greeted with the in-game currency right away. 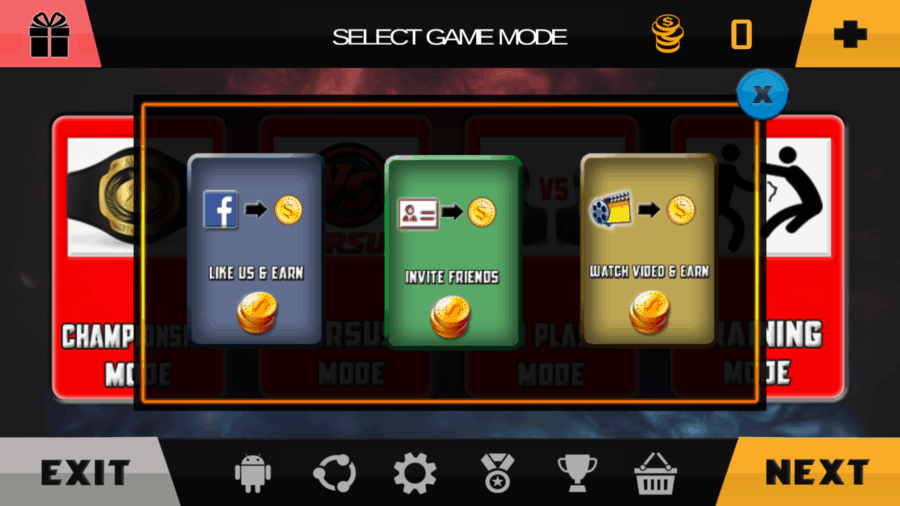 Deadly Fight is the sort of game that wants hardcore gamers to play it, which is made clear by the amount of different game modes that it has on offer, including the classic training mode that players can use in order to better improve their combos and such. 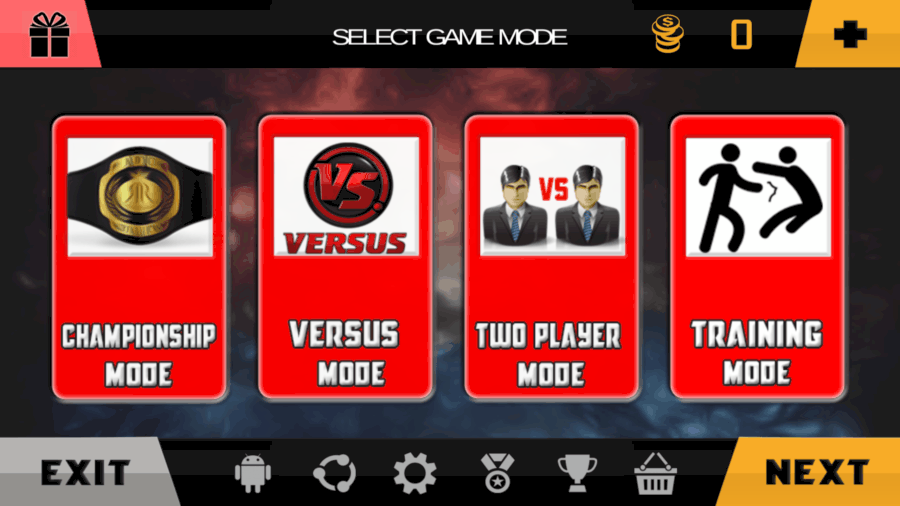 When choosing your character, there are 20 different options to choose from, which is a decent variety, but a lot of them need to be unlocked using coins, which is a little disappointing, as the game rarely rewards players coins for actually playing the game. 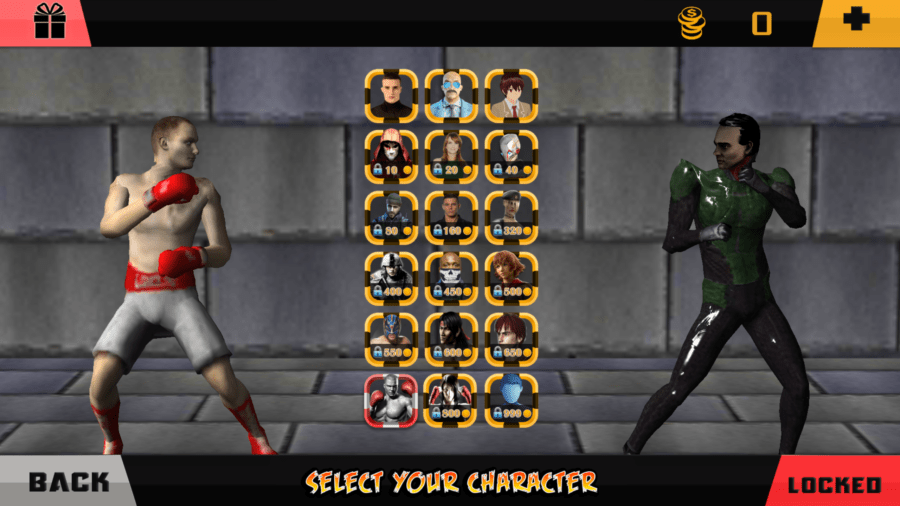 Regardless, once you've chosen your fighter, you can go ahead and get stuck in, battling it out with the computer. 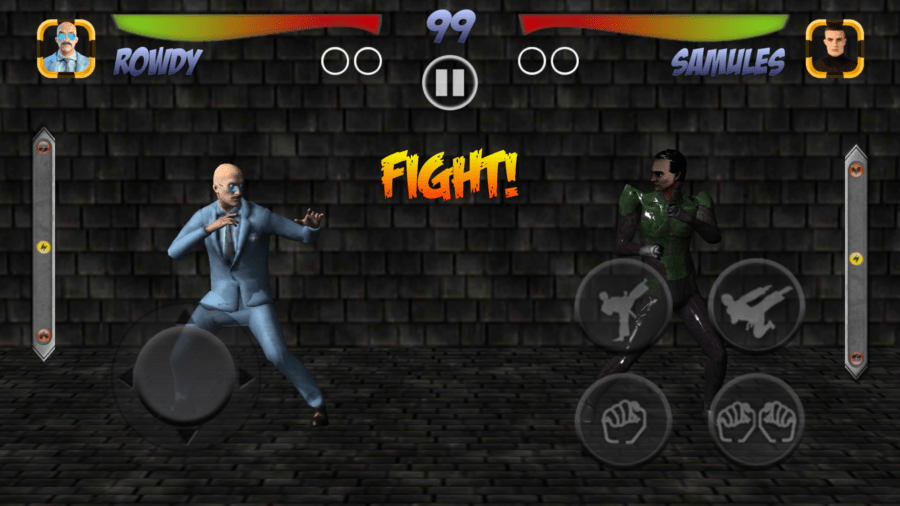 There's a lot to like about the games controls here, for the most part, that is. They're easy enough to use that's for certain, but the stick on the left takes some getting used to when asking your chosen character to jump. It can feel a little sluggish at times. Other than that though, the controls feel just fine. Sadly however, the overall graphics of the game need some work. 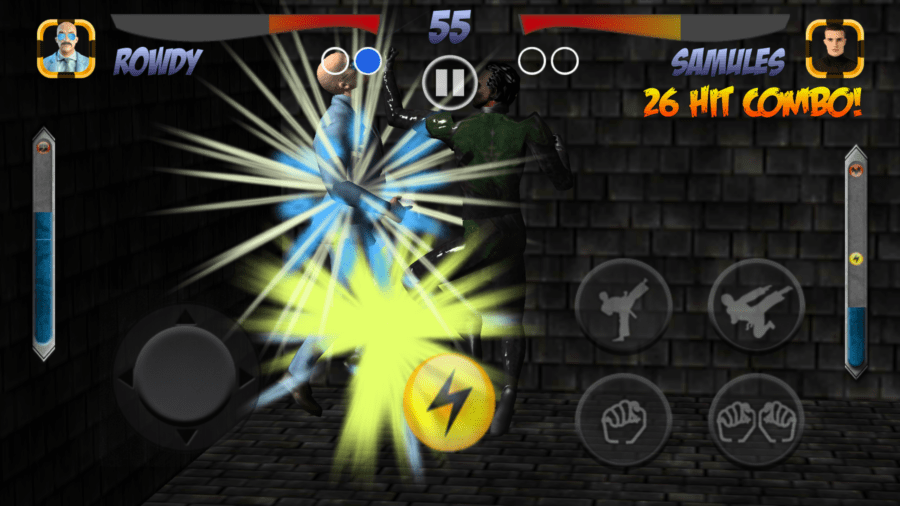 While the character models themselves don't look too bad, and the animation is okay, everything seems fairly low resolution and the background is incredibly bland. Street Fighter II back in the early 90's had more variety in its background then the boring brick walls of Deadly Fight. When players go through the challenge mode, players will end up facing off against a number of different challengers. 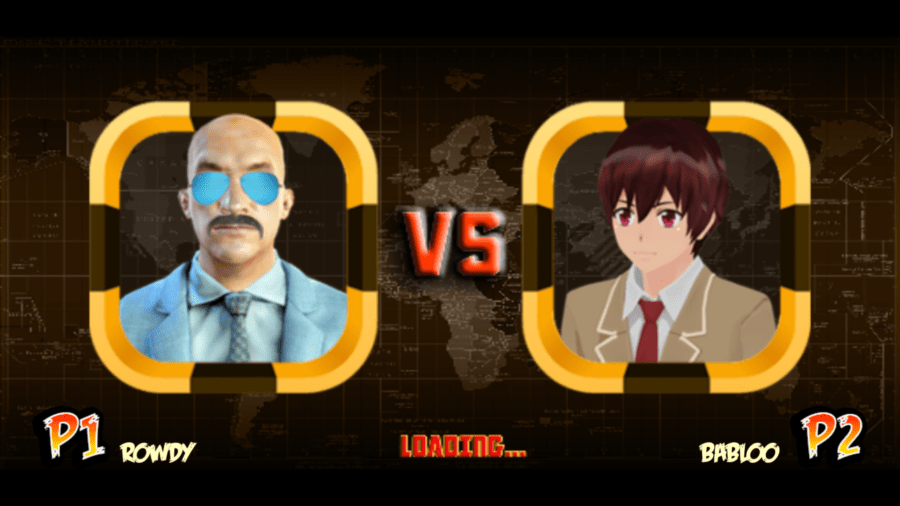 While I had a lot of fun playing Deadly Fight, I wasn't all that impressed with the coin system, which makes it very difficult to unlock extra content. The game is more than happy for you to watch ads or promote their Facebook page in return for coins of course. 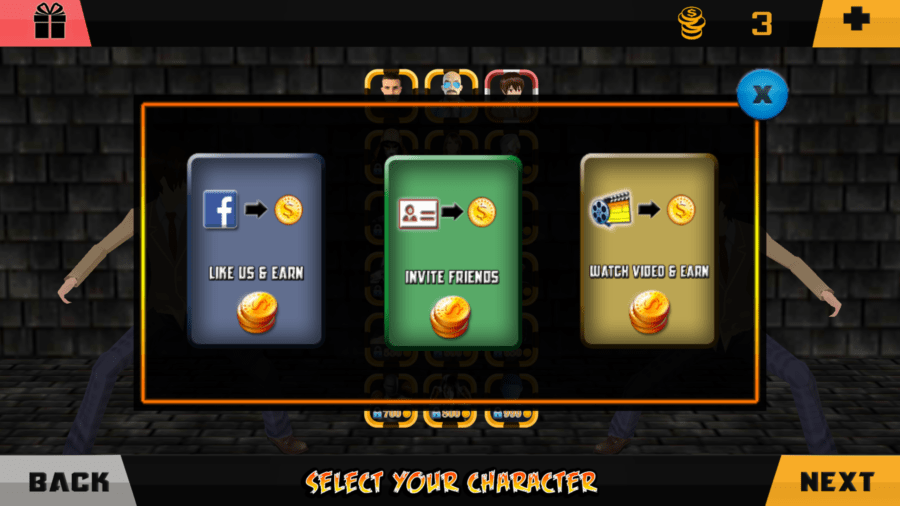 This is on top of ads that last for 30 seconds at a time in between each battle against the computer.

All-in-all, Deadly Fight is the sort of game that has a lot of potential, but certain points let it down. The graphics and animations are okay, but the backgrounds are really not that good to look at at all, which is a shame as this could easily be fixed by some asset changes without much work. Controls wise, the game runs nice and smoothly and can be a lot of fun, despite the fact that it is very difficult to avoid a prolonged beating from the computer, once you're cornered, that's it. The classic gameplay here is at its best, and it's something that older gamers might appreciate, but younger players will appreciate the different style of gameplay as well. It all runs nice and smoothly, with a high frame rate, and the different characters have a lot to offer as well. It's just a shame that the coin system is quite so pushy as it is.

All-in-all, Deadly Fight is a fun game that might not have the best graphics out there, or the cleanest ad system, but it's a lot of fun no matter what. With lots of different characters and such on offer, Deadly Fight has a lot to offer players, and the ads can be annoying but the game is of course totally free to play after all. The gameplay is solid and appealing, there's a lot that will please classic fighting game fans and it's easy to pick up and play no matter where or when.