Darkness Rollercoaster is a virtual reality game for Android that puts players in the seat of a classic scary train rollercoaster, but in virtual reality from the "comfort" of your own home. Darkness Rollercoaster is developed by Creanet3D, a pair of brother out of France that were also responsible for the "A Time in Space VR" games. This new game gives players the option of going down an 'Adventure' path or a 'Fantasy' path, each with about 7 or 8 minutes' worth of entertainment and many secrets to discover after going on the ride over and over again. Compatible with all VR headsets including Cardboard (and therefore those based on Cardboard like the Homido, FreeFly and Merge headsets) and Samsung Gear VR, this is something that everyone can enjoy, so let's see what it's like shall we?

First of all, users will need to download Darkness Rollercoaster VR from the Play Store. It's not a free game, but it doesn't cost much, and one download will guarantee compatibility with everything. Those using a Gear VR – as I am – will need to launch the app first and then connect the Gear VR and it works perfectly. An official version for Gear VR is launching 05/13/16, but this version works just fine right now. Cardboard users can load this up as normal. 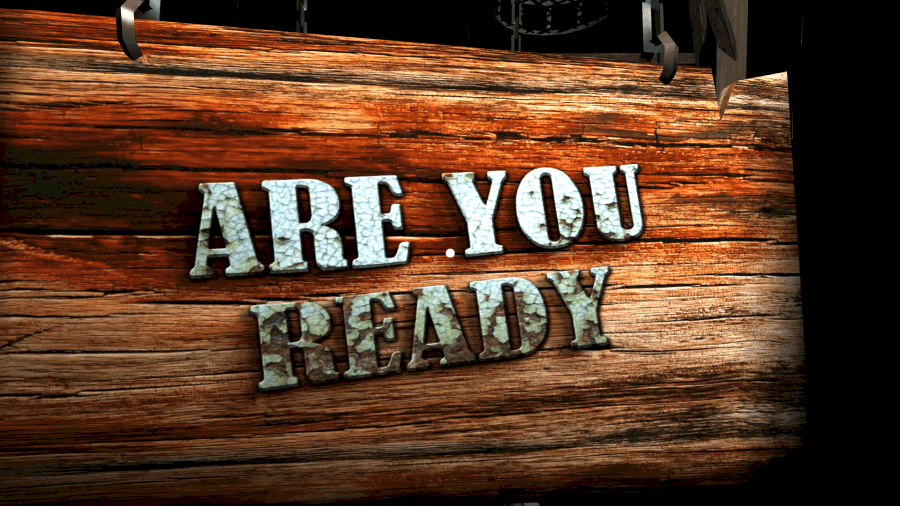 When getting started, the game will warm players up with a slow approach to their fork in the road, which offers two different paths. The 'Fantasy' path is more about the spooky side of things, such as ghosts and ghouls, whereas the 'Adventure' side of the game offers up a whirlwind of excitement through narrow caves and narrow escapes. 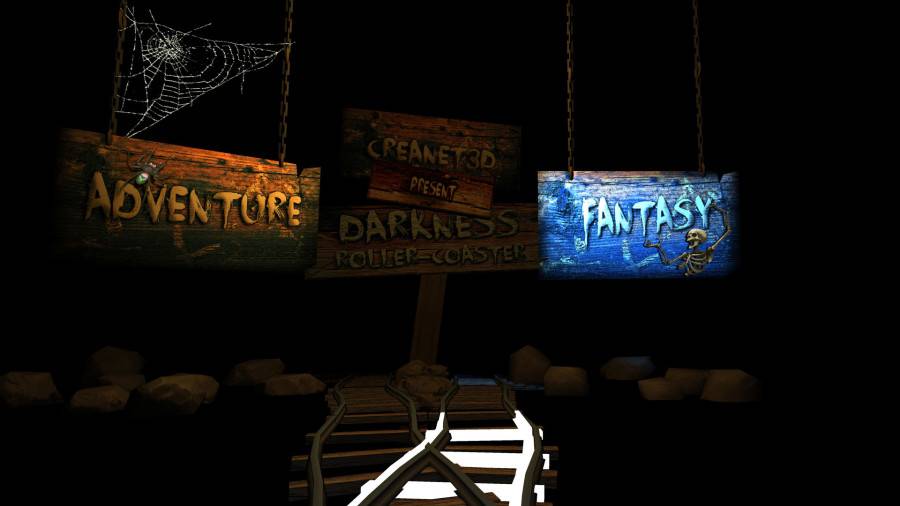 The first time I went round using my Gear VR, I did so going through the Adventure path, and I was very impressed with the level of detail and clarity that I achieved with my Gear VR and the Galaxy S7 Edge. This path is full of speed and narrow cave passings, which makes it not only scary, but a good helping of speed as well. 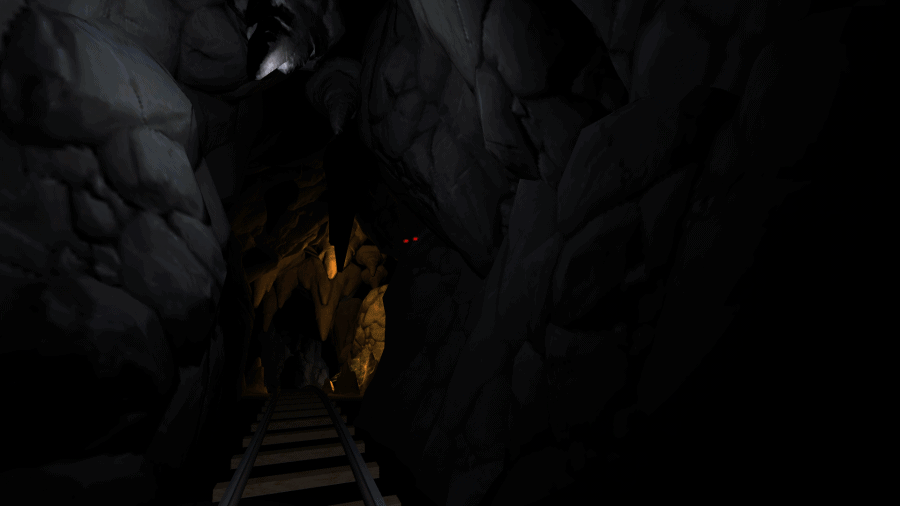 Despite the fact that the Adventure path of Darkness Rollercoaster VR seems to be more about the experience itself, there are still some spooky elements, and when I noticed this giant spider (which shoots a huge web at you as well), I did jump out of my skin a little bit. 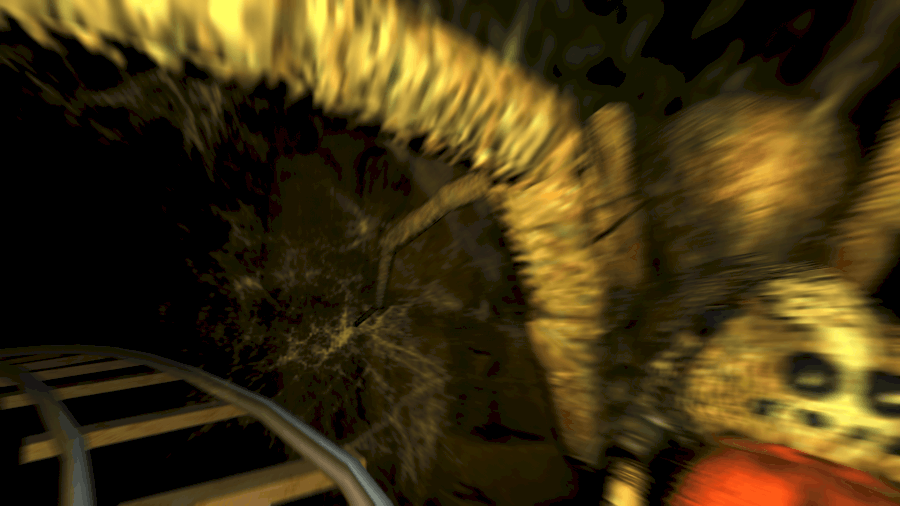 The Fantasy side of the game is also filled with fun attractions, and while some will have their favorites, the Adventure side of things has been updated and there's always new content being added monthly, too. 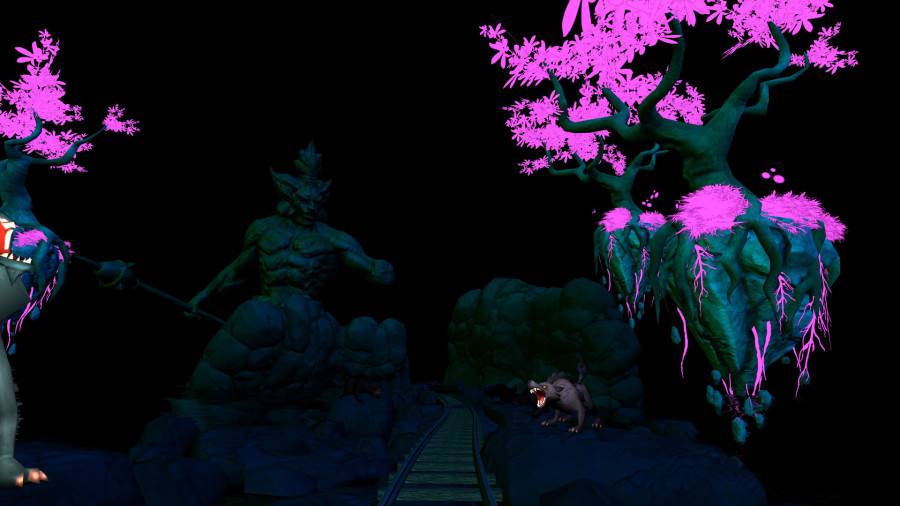 It almost feels as if you're being driven through the night and more and more just keeps on coming out of the dark to wow, impress and perhaps scare you. 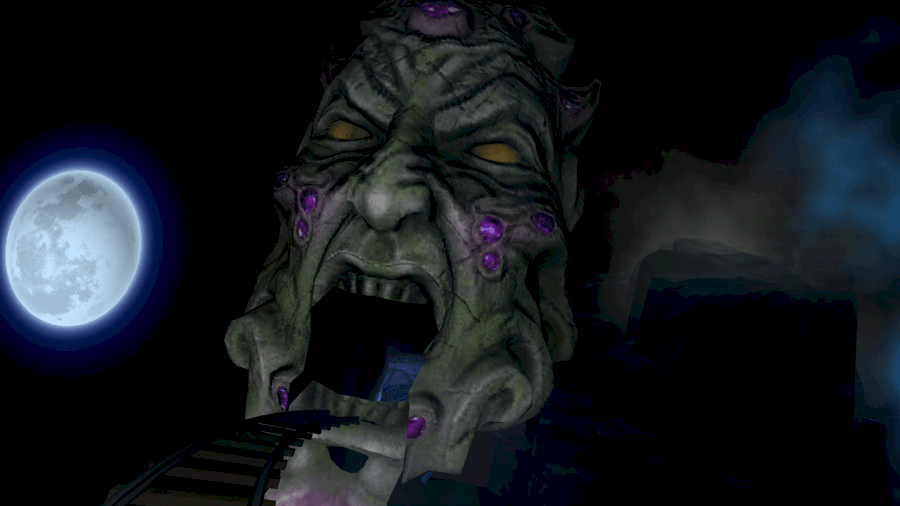 Scale is important in VR titles, and when playing Darkness Rollercoaster, I really felt as though the above giant head was multitudes larger than I was. There are also elements along the path that require players to do some work, too. Such as finding rune with their head or looking at specific elements. 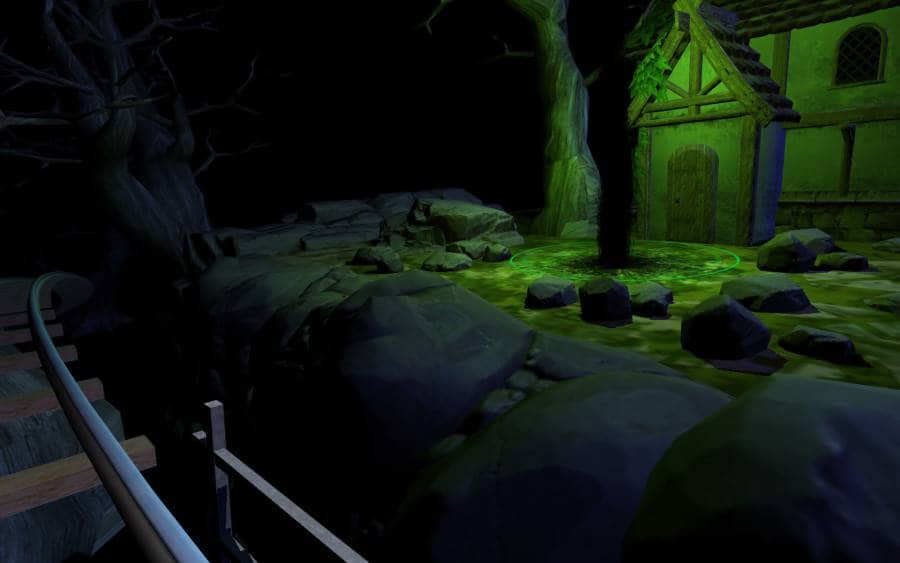 This goes hand-in-hand with the idea of VR content being replayable over-and-over as it gives players something to look for each time they go round the individual paths on the Darkness Rollercoaster. I don't want to spoil any more of the game for spook-seekers in VR, but one of my favorite parts of the game was the floating graves, which really gives you a lot to look at and a lot to take in. 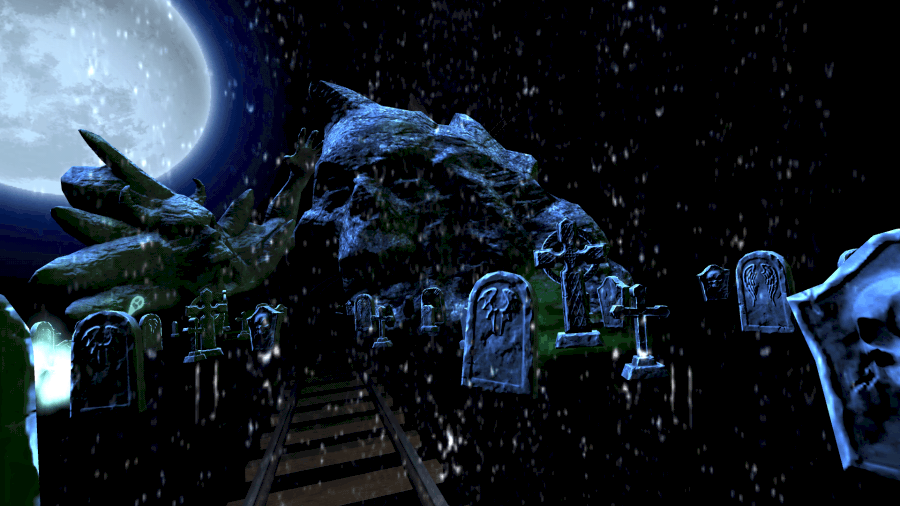 I've not been playing virtual reality games for long, having only just got a Gear VR headset, but this is the sort of content I'm happy exploring with right now. It did make me feel pretty motion sick at first, but this is due to inexperience more than anything else I'd say. As far as content goes, this has a lot of stuff packed into 7 minutes or so, and the graphics all look pretty good, crucially maintaining at least 60 fps or more most of the time, giving a really fluid overall presentation. I did get spooked a few times as well, and all-in-all, I thought that the game did what it says it was going to; give players something to get excited about and also throw in a few frights here and there. The fact that it worked great out-of-the-box with my Gear VR was another plus point, and there's just a lot of fun to be had when playing this.

Overall, Darkness Rollercoaster VR is something that a lot of people will find good fun, and it's not too spooky or scary, so players will have a lot to enjoy without too much to worry about. Darkness Rollercoaster is compatible with all the headsets out there, it's not too expensive and provides a lot of entertainment over-and-over again. Well worth trying, this is one VR experience not to miss.