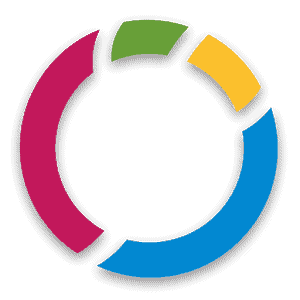 fooView is an Android app that wants to make it as easy as possible to use your phone. It can access your files, translate text onscreen, quickly help you go back, share a portion of your screen as an image, load certain apps with gestures and a whole lot more. It works similar to the Facebook chat heads, but only in appearance, from there onwards, fooView opens up a world of easy gestures and actions ready to be completed from within any app. It's the sort of app that will appeal to those with larger phones, or those that want to be able to do more with their phone without having to jump from app-to-app all of the time. There's a lot on offer with fooView, so take a look at the video below and read on to find out more.

As with most Android apps, it's best to download fooView from the Play Store. Once it's installed, there's an introduction as to how fooView can actually be used, which is worth sitting through. 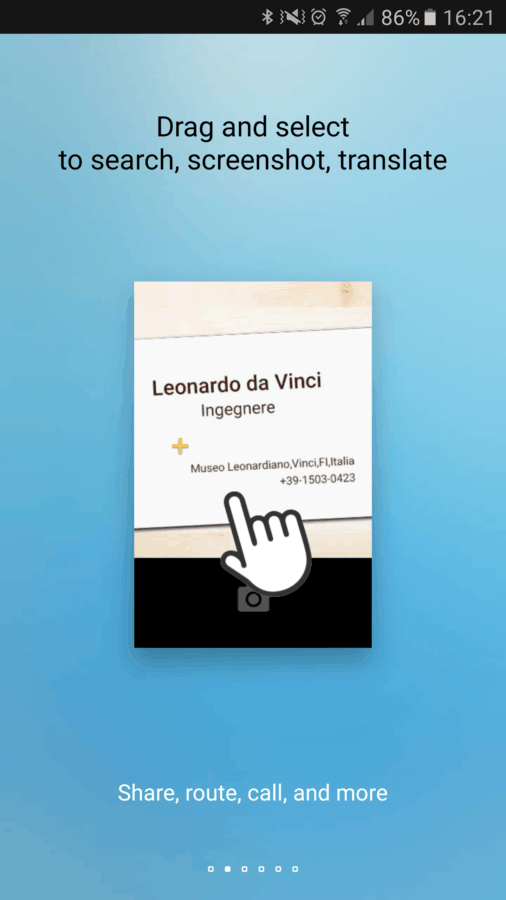 There are a few hoops that users will need to jump through in order to get fooView working at its best, although the setup procedure is simple and easy to follow. 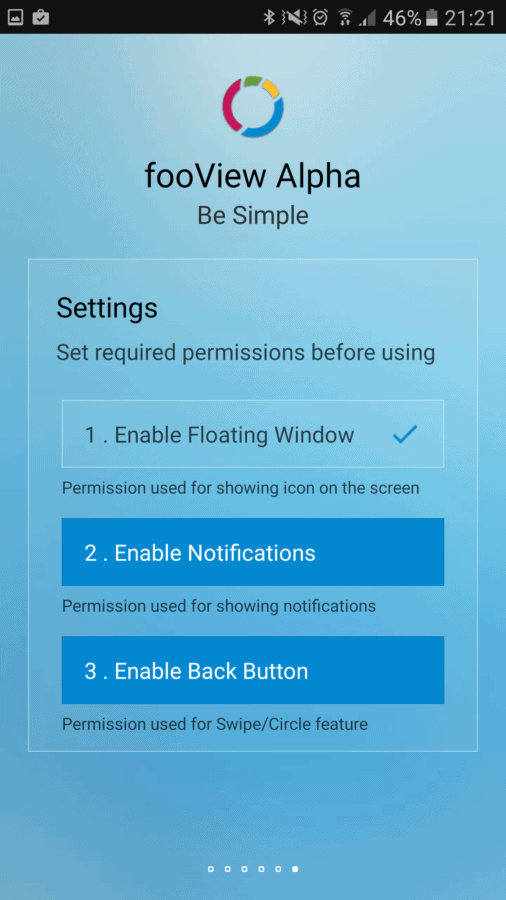 These include a fairly strange accessibility box to tick, which will essentially give fooView access to everything and anything you view on your device. 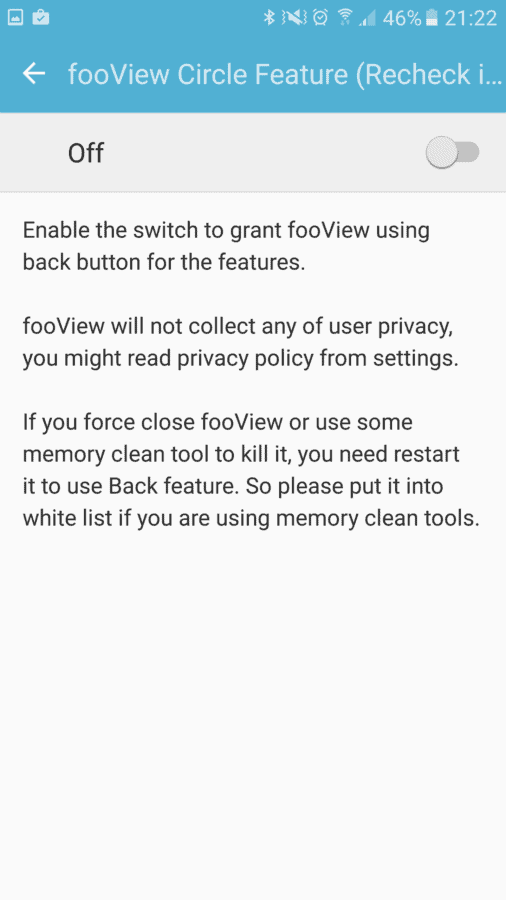 Once you have it up and running, you can start to explore what makes fooView so special. The first thing that people will want to use is the press and hold method, which opens up a number of quick links to other parts of the fooView app, as well as other functions and apps on your device. 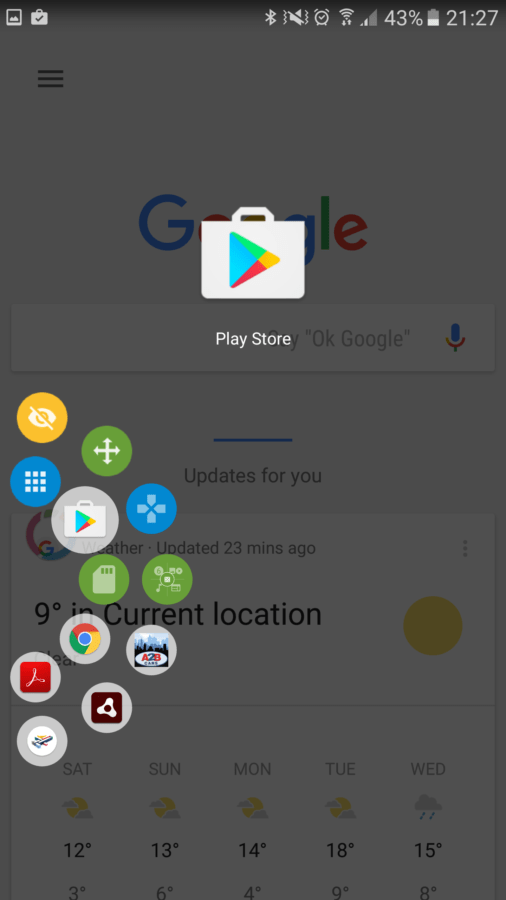 This includes your most-used apps as well as options to go to different parts of fooView, including its built-in file browser. 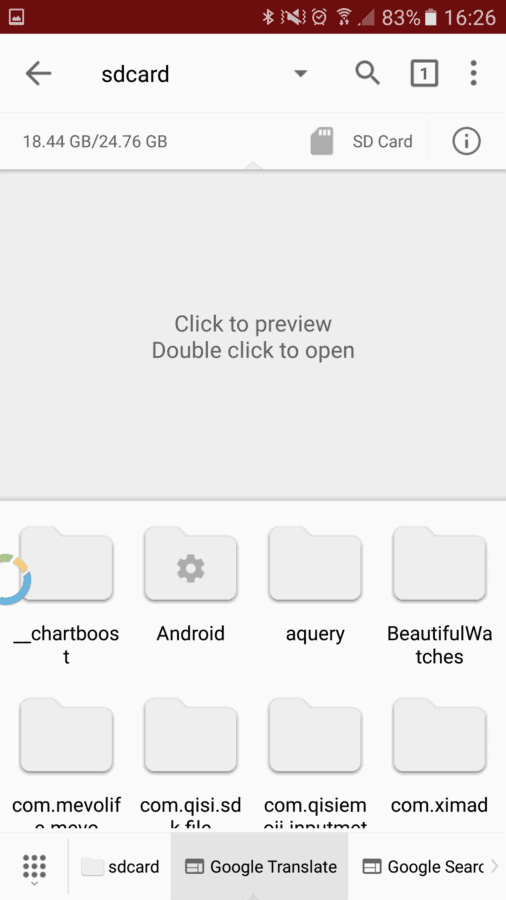 This works well, but some parts of the app don't quite make sense, or at least they could be more useful. Such as the game part of the app, which would be much better if it went to a sort of game launcher or showed all the games on your device, but is instead a sort of strange mini-game itself. Still, the ability to highlight a piece of text on your screen, no matter which app you're in, is useful. 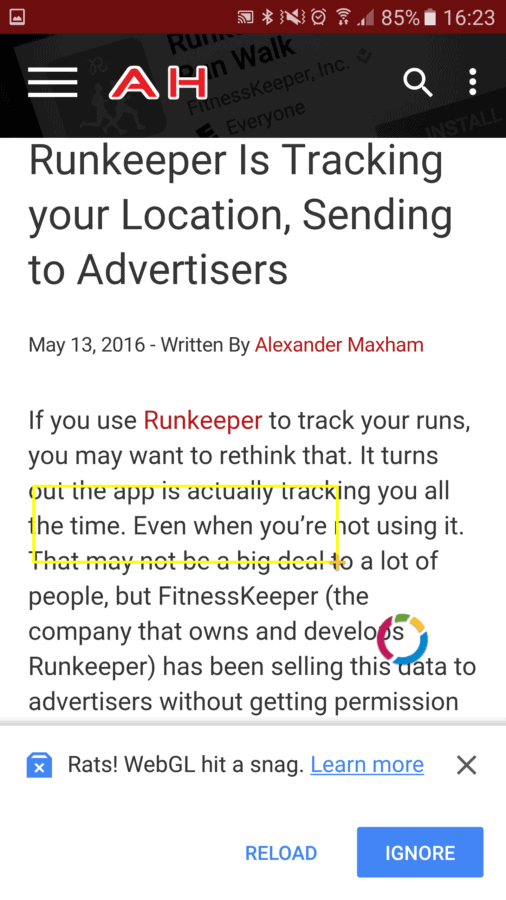 This takes some practice to get used to, but you need to sort of hove with the plus sign until it starts to highlight and select the text on display. Once that's done, you'll be to do a number of things with it. 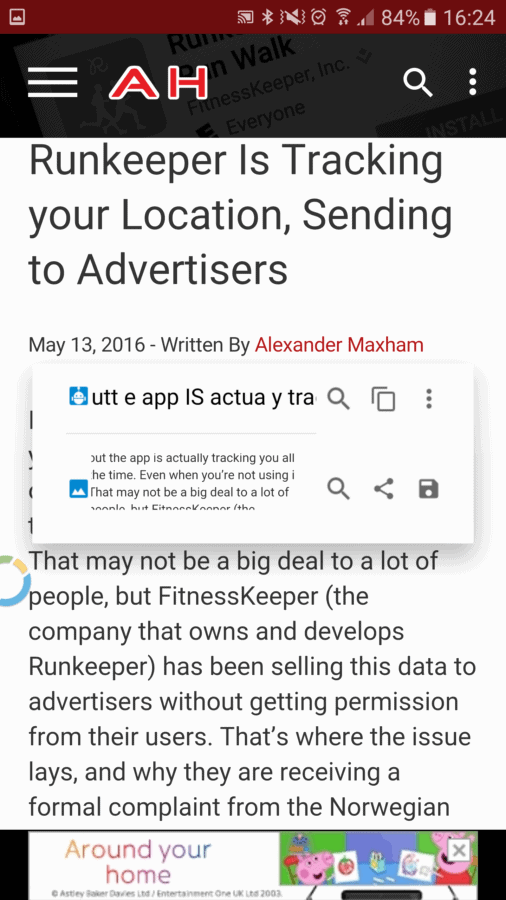 Let's say that we try to translate this, fooView will simply open the mobile version of the Google Translate website. 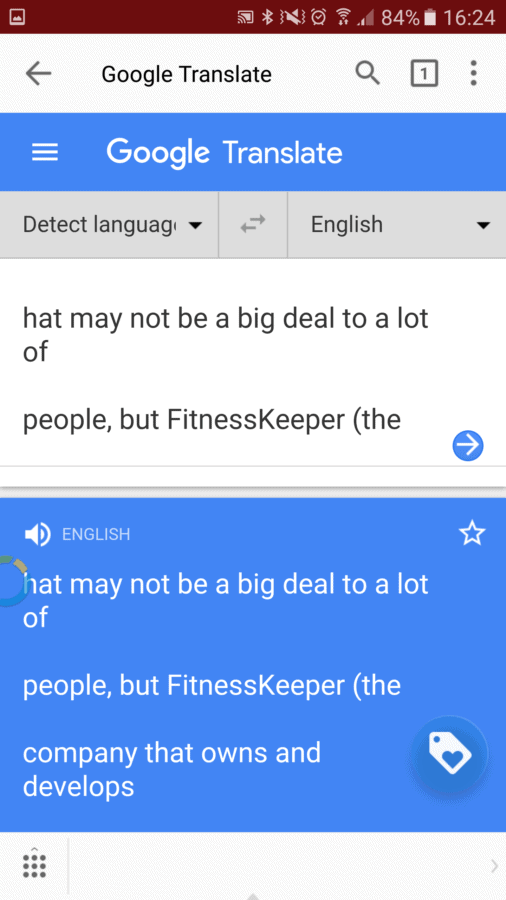 This works, and it is nice to have such a feature, but I have the Google Translate app installed, and taking the text from Google Chrome into that app would certainly make a lot more sense. Of course, you can also choose to share whatever it is you've selected, too. 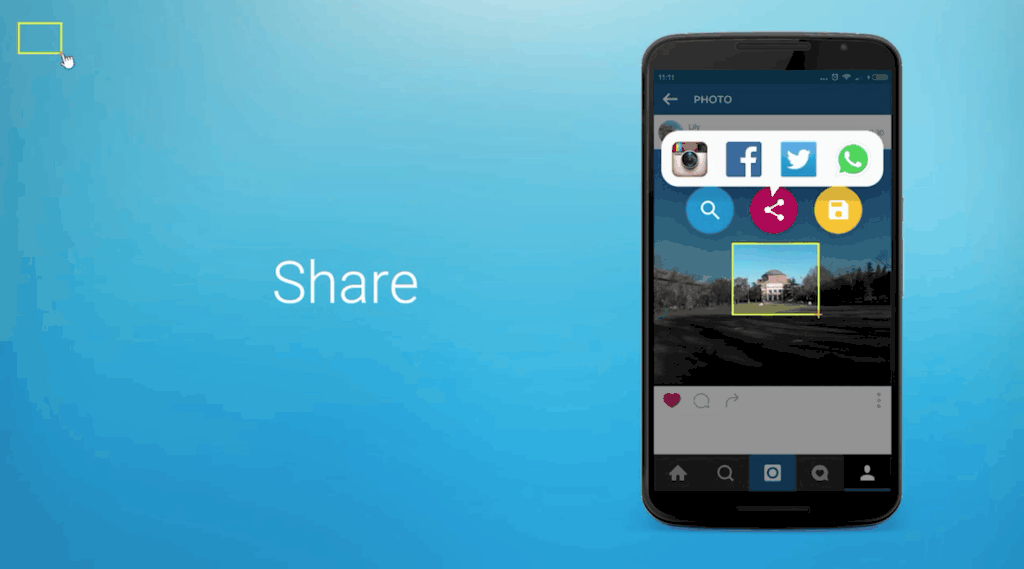 There's also the option to search the web for whatever you've selected, but this gave me some interesting results, to say the least. 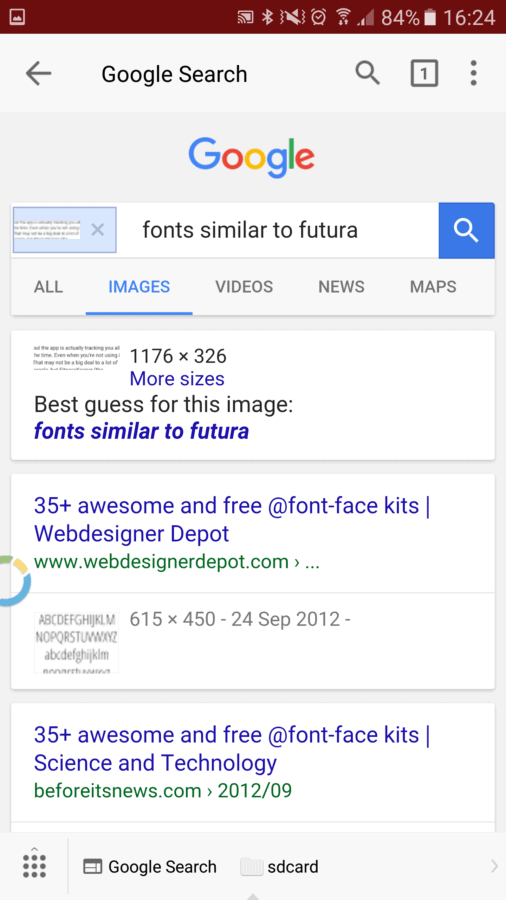 fooView is full of different functions, so many that it can actually be difficult to figure out what they all do and how to use them, but they're all put together in one neat little dashboard, which is easy to access at any time by tapping the floating icon. 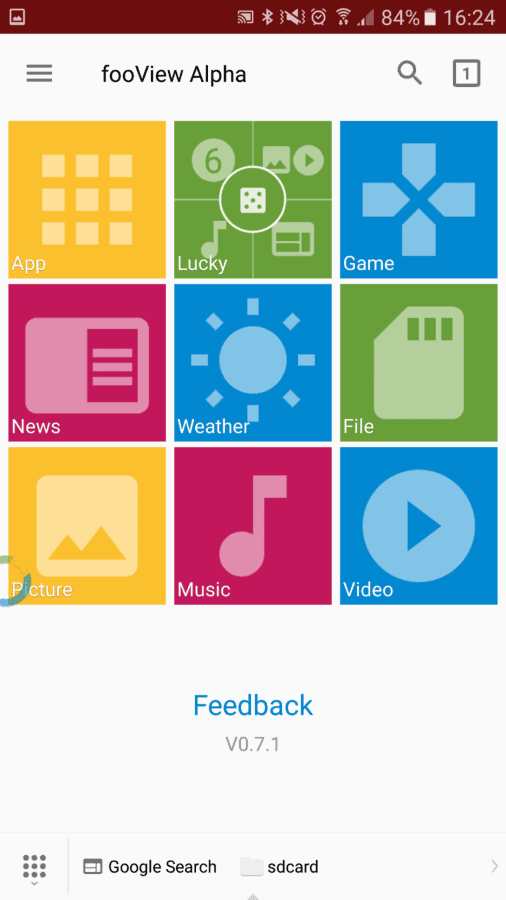 fooView also includes gestures and such, which is something a lot of other apps do as well, but it's nice to see them used well in fooView. 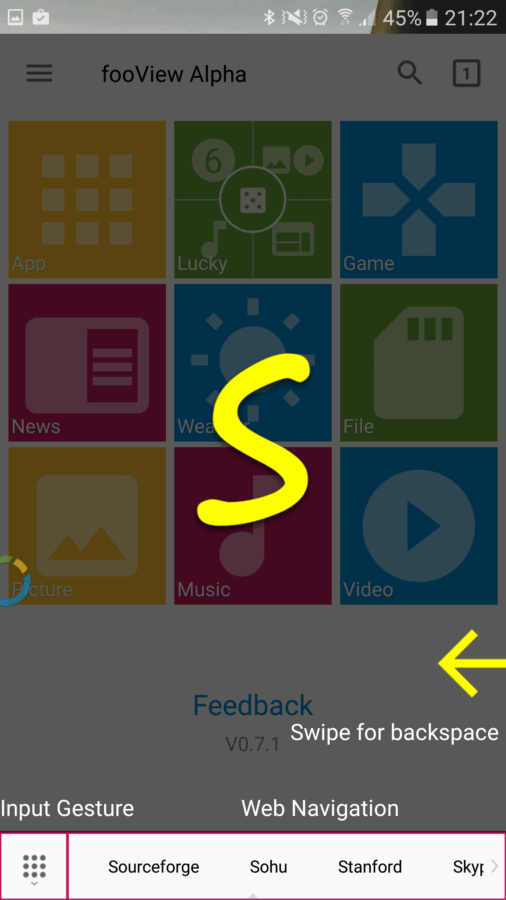 fooView is undeniably a useful Android app, and it's chock full of different features, it makes one-handed use on larger smartphones really easy, and it can speed up a lot of the things that usually take much longer. It is however, a little difficult to understand how to use it properly. The Play Store description and introduction don't actually tell people how to use the app all that well, and the video – while great to look at – doesn't do much in the way of instructing users how to use the app. This is my main complaint with the app, that fooView isn't easy to get used to, and in the end it's more difficult to figure out how to use than actually using one of the other apps that it tries to replace. However, once you get used to it and figure out what you want to use fooView for, it can be a really big help and will certainly make life a lot easier for those that are using their devices for all sorts of different things.

fooView is the sort of Android app that will definitely appeal to power users and those looking to make the absolute most of their devices, but as it doesn't tell people how to use the app all that well, average users might not be able to get the most out of it. Great for larger devices as well, fooView makes it easier to use Android with one hand, and there's no denying its overall functionality. With so much offer, the only issue here is figuring out how to use it all.