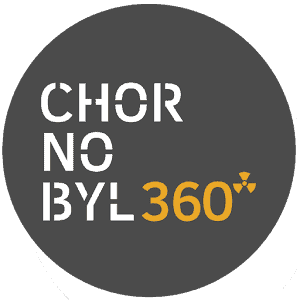 Chornobyl 360 is a virtual reality documentary for Google Cardboard and Gear VR headsets that puts users in a VR world that takes people back to the sight of the terrible 1986 Chernobyl Nuclear Disaster. Currently in a Kickstarter campaign, Chornobyl 360 aims to immerse and educate users about the time as well as what's left of key areas such as the Nuclear Waste Disposal areas and parts of Pripyat as well as Opachychi Village on the outskirts of the region. With different features such as the fly over and a look at the new sarcophagus which is currently being built around the site of the disaster. Right now, the app is available in an early preview, and we've been able to review it before the end of the Kickstarter campaign which can be found here.

Users that want to experience the aftermath can do so by downloading the Chornobyl 360 app from the Play Store. It's free to download, but right now it's just an early preview of what the team hope to accomplish in their final version. This app is compatible with both Cardboard as well as Gear VR, and it features full 360-degree immersion, too. 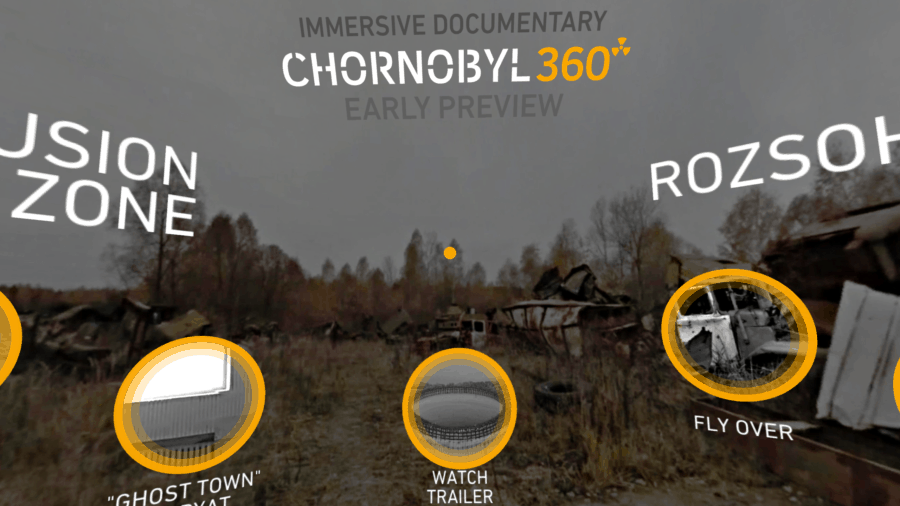 The app is broken up into different parts, such as the trailer and then small 360-degree environments that show off what the final version of the app will have to offer. The immersion here works quite well, for instance the "Ghost Town" Pripyat part of the app points users in a school hall with raised steps, creating the feel of an abandoned theater. Users can then look around and watch a snippet of a news report from the time. 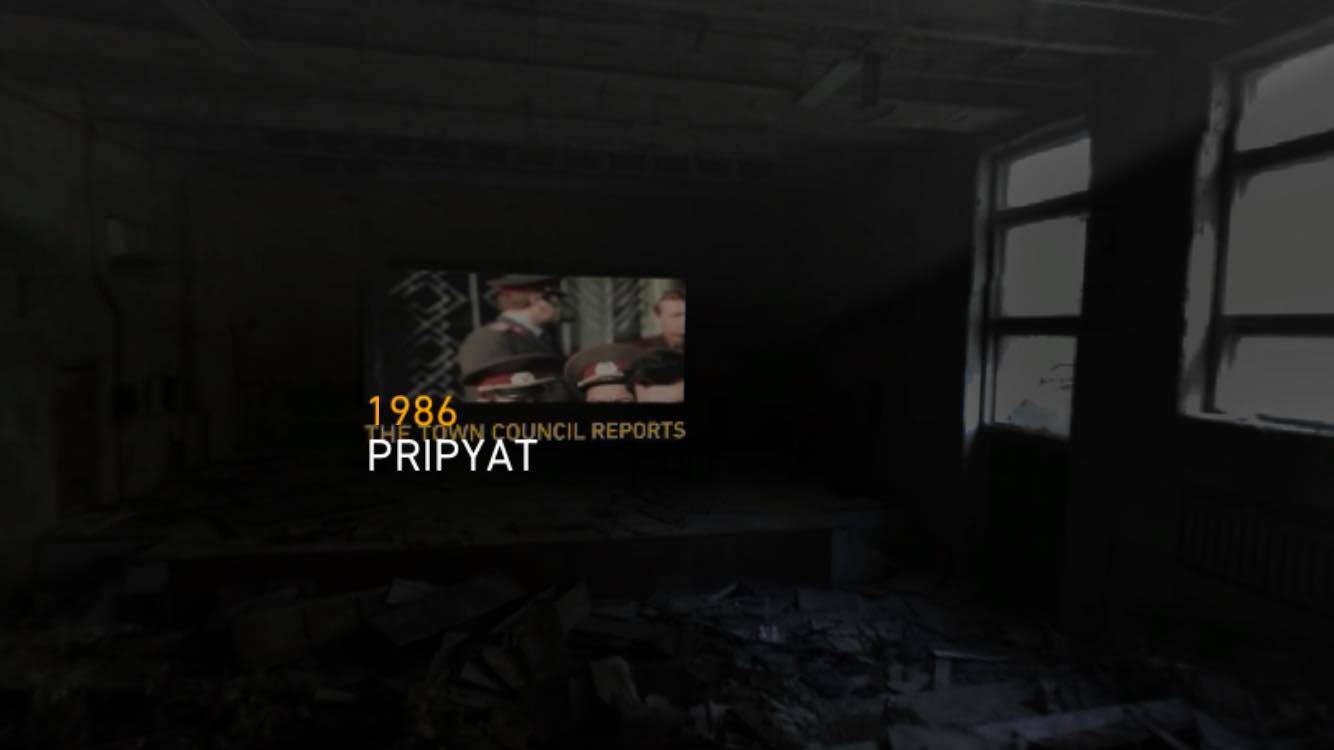 There are other environments from Pripyat to explore, and each of them that I spent time in had a voiceover in English, which was a nice touch, and the Russian accent did help to immerse you even further, as it felt as though this person would definitely know what they're talking about. 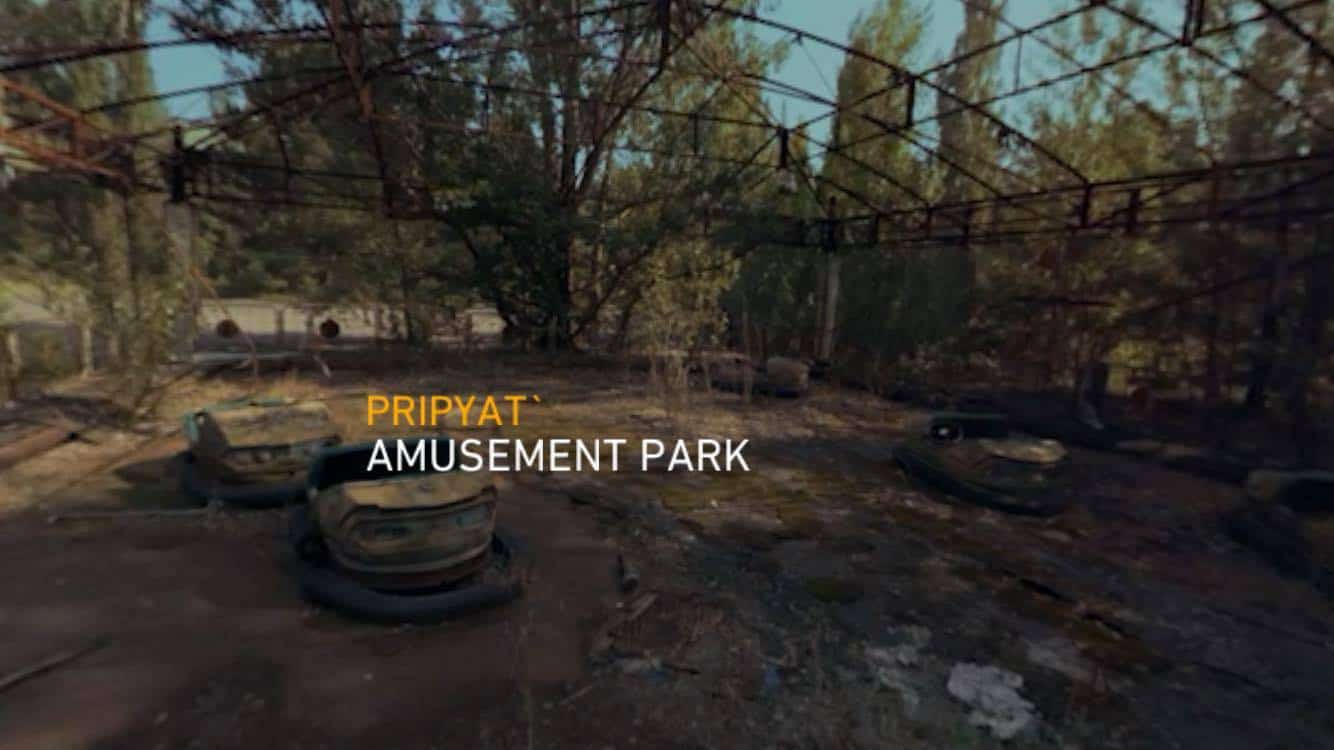 Chornobyl 360 is also an interactive experience as well, to educate users about radiation, they are taken through a sort of dumping ground for vehicles and other pieces of equipment, and users are given a Sivert Meter. This not only gives readings visually, but also gives users the recognizable clicking noise. When exploring this part of the app, I discovered the Fire Engine which still had some red paint and stood out from everything else, and there are voiceovers for the items that you find. This was the part for me that put the amount of radiation into perspective. 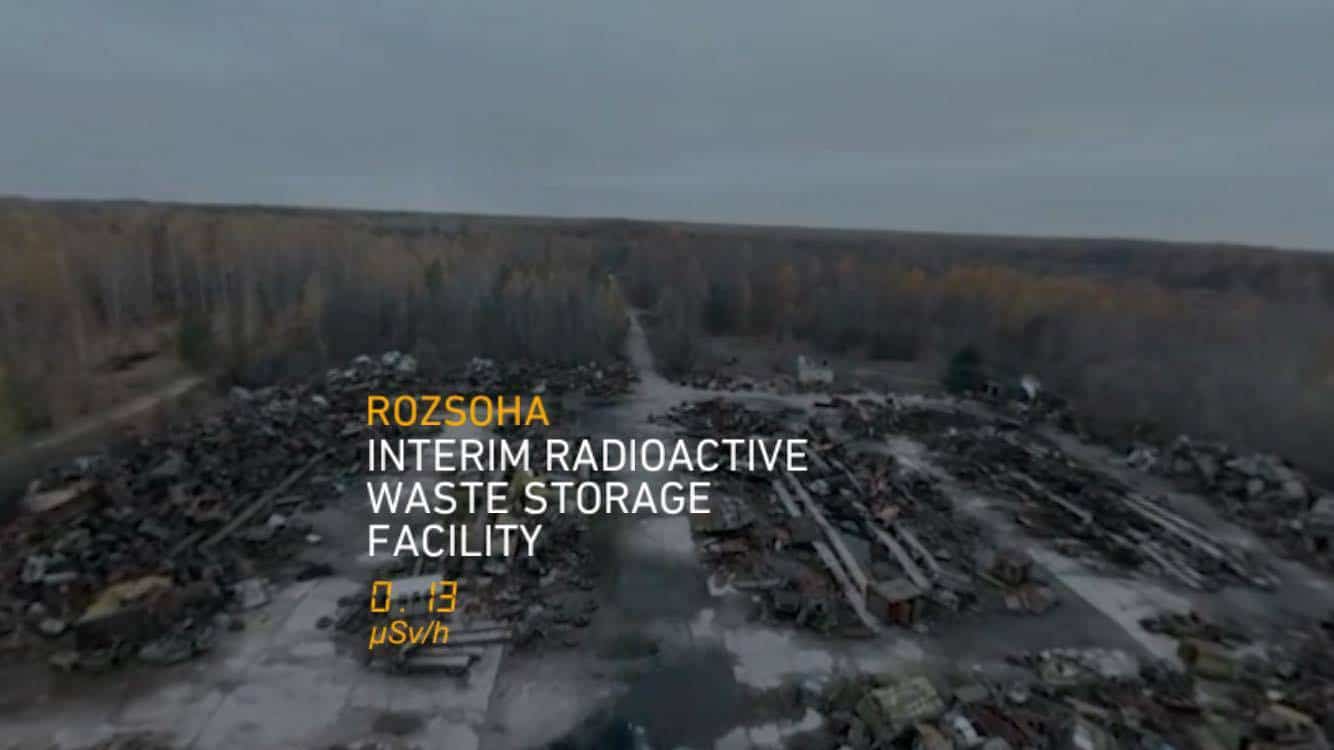 This leads me to focus on the floating pieces of information, which look great as they appear in all the right places, without feeling jarring or out of place. For instance, when talking to one of the few women that live nearby the site of the disaster, the subtitles are tastefully worked in next to her. While I felt the height of the viewpoint was a little too high, I really did get the feeling that I was having a candid conversation with this woman. 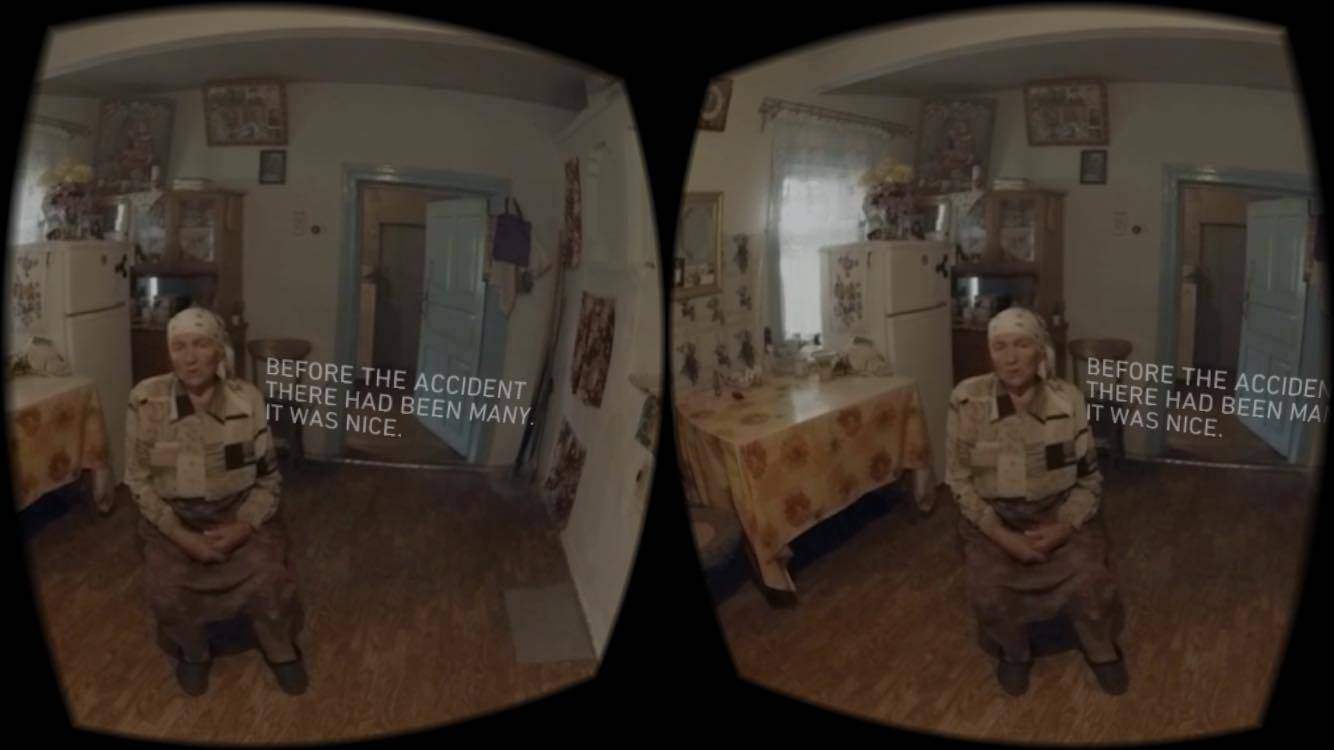 I don't want to ruin too much for people, so I won't focus on too much here, but there are also elements of the Chornobyl 360 VR experience that focus on what's happening now and what's new, like the construction of the sarcophagus. 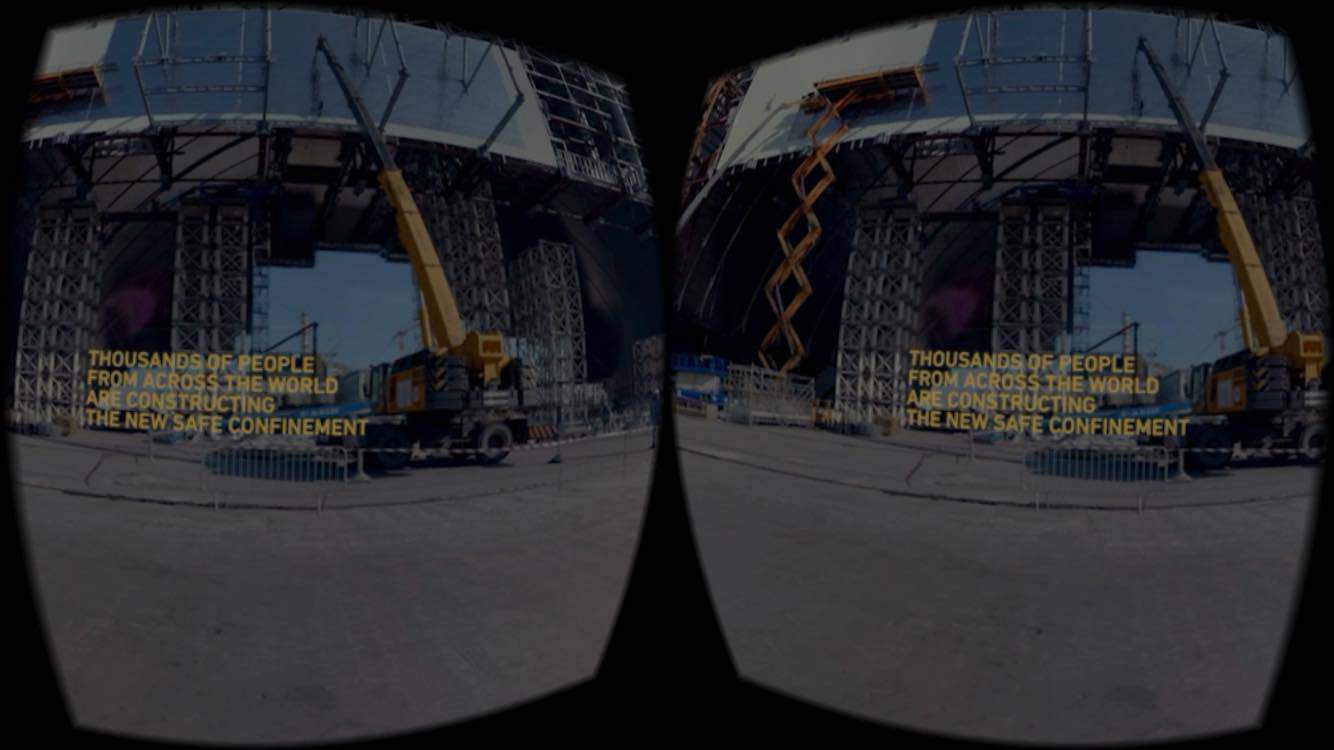 This also allows people to experience how radioactive material is treated right now, and this takes users though an interactive process, which again makes great use of the floating text onscreen. 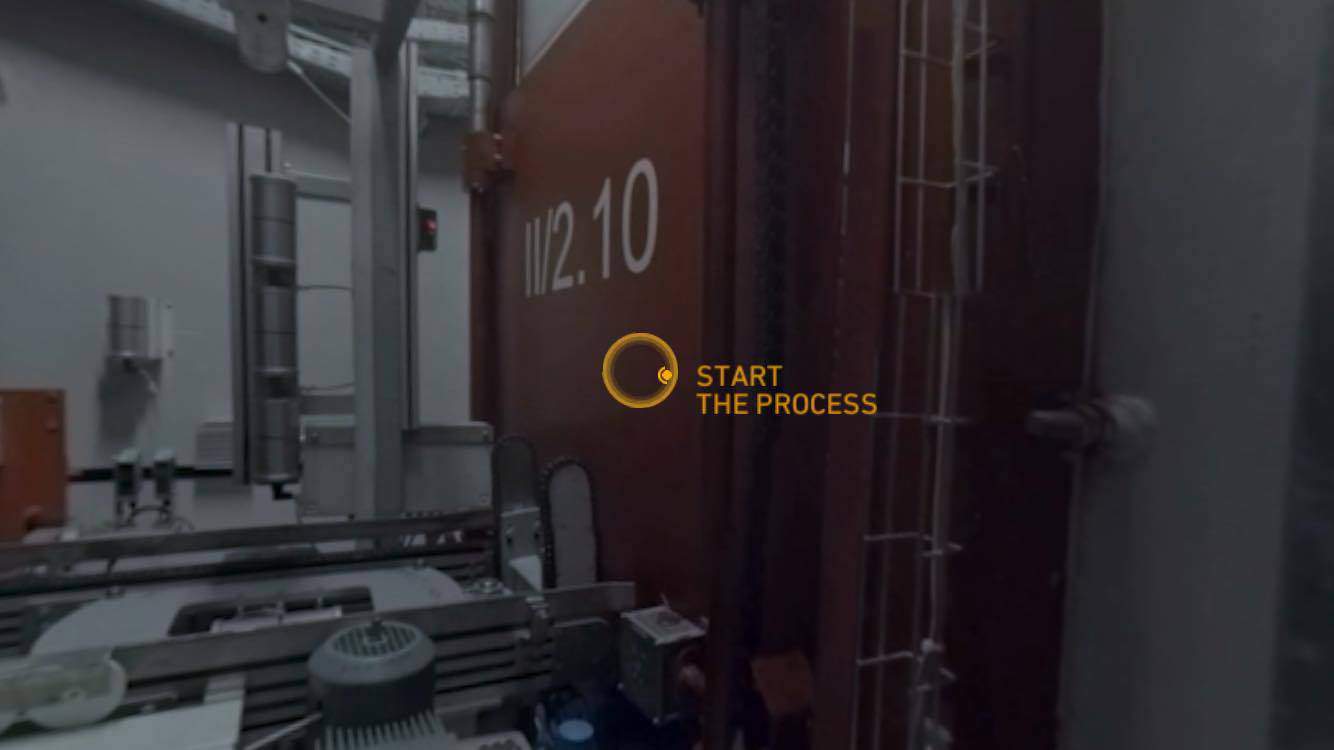 Chornobyl 360 might only be in an early preview right now, but already I can say that this is the best virtual reality experience that I have ever seen, and it shows me the potential that VR has in general. I learnt about the Chernobyl disaster when I was a teen at school, but to immerse yourself in these relics, to discover artefacts from the past and listen to people that live there is a whole different experience. It's a fascinating yet harrowing story, the one of Chornobyl and this virtual reality experience helps to educate users and give them another dimension to feel and get to experience. I did find that the fly over part of the app had a lot of camera shake and did make me feel quite sick, but this is perhaps more personal preference than anything else. For the most part, this is the sort of experience that will easily convince those on the fence of what virtual reality is really capable of.

As Kickstarter campaigns go, this is one that I really hope is funded, and it looks like it's on target for that. As a VR experience, Chornobyl 360 is hard to put into words, and is itself best experience on your own. Luckily, users can do just that by clicking the button and using a simple Cardboard headset or their Gear VR.