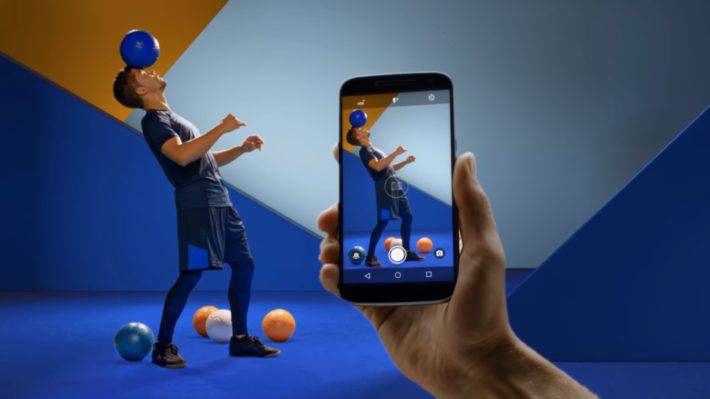 Motorola has released two new advertisements featuring the Moto G4 and G4 Plus highlighting the devices most outstanding features. The company which was bought from Google by Lenovo back in 2014 recently announced the Moto G4 line in India.

Some of the features highlighted in the videos is the Snapdragon 617 which will provide adequate processing speeds, the 13MP and 16MP rear cameras (the latter camera sensor comes with phase detection laser auto-focus) on the Moto G4 and G4 Plus respectively. Another highlighted feature in the advertisements is the TurboCharge feature, which lets you quickly charge up the 3,000 mAh battery and will get you six hours of usage after just 15 minutes of charging. Other notable features is that both devices sport a fingerprint scanner on the home button and they are both 4G LTE-enabled. One interesting feature highlighted multiple times in the advertisements is the 'twist to launch' camera feature which basically enables the user to launch the camera app when the screen is off with just a twist of the device. This means the hassle of turning the screen on and then launching the camera app to take a picture is eliminated and will save the user precious time in capturing picture perfect moments.

Well, if you're looking to pick one up for yourself after watching these latest ads, you probably won't be able to get your hands on one yet as the Moto G4 Plus is currently available in India via Amazon India where it is priced rather aggressively at $199 for the base model which comes with 2GB of RAM and 16GB of internal storage while the higher storage option comes with a price tag of $221 and with it comes 3GB of RAM and 32GB of internal storage. Meanwhile, the Moto G4 will be available for purchase next month in India. The two devices will also be available in the UK starting from June and will be available for purchase from Tesco Mobile, Argos and Amazon for £169 ($246) and £199 ($290), respectively. The Moto G4 will be available from early June, while the Moto G4 Plus will follow in mid-June. Other global release dates are yet to be announced and prices may vary depending on the market.