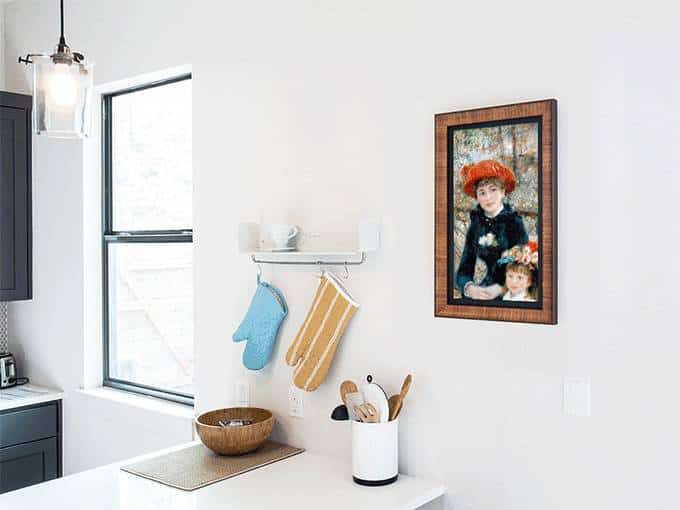 When an idea for a product or business plan hits the cutting room floor, it typically stays there, with some rare exceptions. Products that may have drummed up niche interest, but would not have been viable for the mass market, often fall into this category. At LG, there are a good number of projects and products that met such a fate, but LG apparently plans to bring them back. Rather than making them LG products, however, these ideas are set to become their own small startup companies. This mirrors some of Google's intentions when they became Alphabet, giving aspects of its business a startup status and all of the agility and perks such a status entails. For LG, whether these new startups for old ideas will continue all depends on the success of the first two out of the gate.

One of the new startups is called Acanvas and is up on Kickstarter right now, it is essentially a large digital photo frame with a few extra features. The Acanvas measures 23 inches and can display a wide array of different content. The frameless digital canvas, during the Kickstarter, comes with a subscription to a digital art gallery of sorts that curates art for your taste and boasts sorting by category, genre or artist. The art will cycle over time, allowing the space you put the Acanvas in to always have fresh decor. Users can also display their own images, or have somebody else send the Acanvas something to display, such a vacation photo. The Acanvas has a motorized charging cable that drops a puck on a cord down into a bucket when the unit needs a charge. It can detect darkness to charge at night, or charge when scheduled. Early bird units range from $299 for one, with that tier all sold out, to $999, an option to net a user three units to display in different rooms or side by side. The final retail price is set at $499 a pop, with the artwork subscription costing $129 for a year.

LG's other adventure into the land of startups is a medical imagery and diagnosis startup called Infit and Company. Information is fairly sparse, but the goal is to be able to spot conditions like Rheumatoid Arthritis without using radiation. LG employees who want to create a startup, according to LG CEO Skott Ahn, can try their hand in the wild west of business ventures for up to three years, during which time they're free to come back to LG, no harm and no foul, should things go sour.