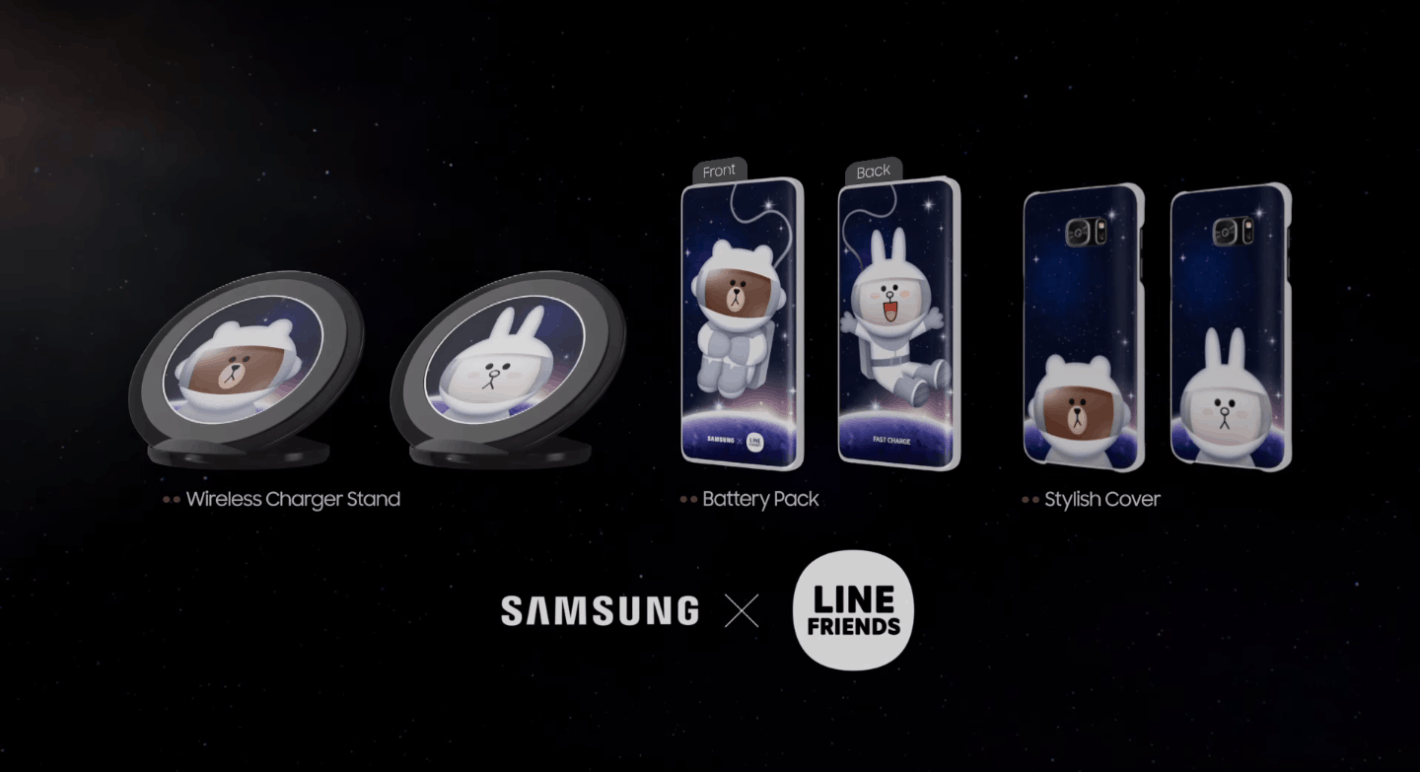 At the time when the Samsung Galaxy S7 series was unveiled during Mobile World Congress, the Korean smartphone maker also announced a new series of LINE-themed accessories for their new flagship phones. Specifically, the Line Friends cartoon characters based on the sticker designs of the popular LINE messaging application would become the faces of a series of accessories for the Galaxy S7 lineup, including a wireless charger, a protective case, and a battery pack. As yet these accessories are nowhere to be found, but today Samsung announced that the X Line Friends products will be available for purchase starting next month, and released a new promotional video to mark the occasion.

The X Line Friends characters created on the basis of LINE's stickers are quite popular in Asia, which is why Samsung and LINE have partnered up to create a series of accessories for the Galaxy S7 series. While they are called the X Line Friends accessories, they don't have a lot in common with LG's idea of "Friends". These are not modules for Samsung's latest flagship phones, but instead they are regular accessories with a custom paint design featuring two X Line Friends characters: Connie and Brown. The range of accessories consists of a wireless charger stand, a cover, and a battery pack, with each one of these accessories being launched in two variants, one for Connie, and the other one for Brown. There's not much to be said about the accessories themselves, other than the fact that the battery pack has a capacity of 5,200 mAh, which should be enough even for the more demanding smartphone users. Otherwise, the protective case offers some protection against shock and impact, and of course the wireless charger stand needs no introduction.

Samsung confirmed that the X Line Friends accessories will be released in South Korea next month. The products will be available for purchase from Samsung's website, Samsung Mobile Stores, Samsung Digital Plaza, and Delight Stores, however prices remain unknown. To raise awareness and pique the interest of prospective customers and X Line Friends fans, Samsung published the video below, starring none other than Connie, Brown, and of course the Samsung Galaxy S7 Edge and its accessories in a short sci-fi space adventure.