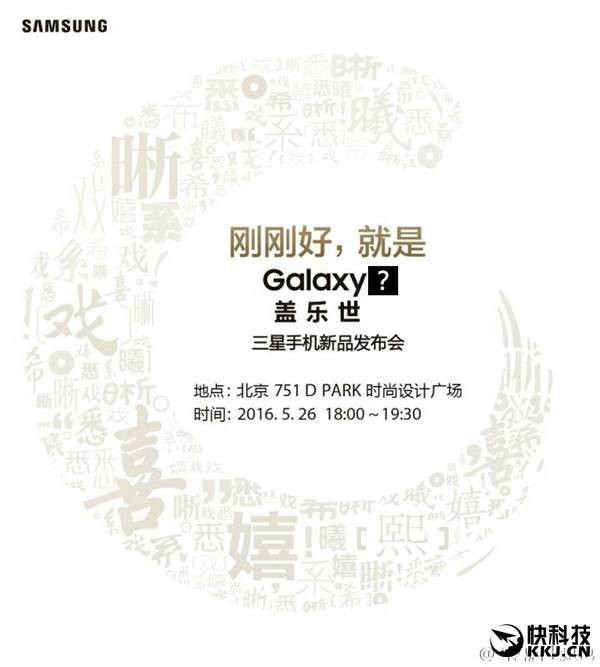 It's not even half of 2016 yet Samsung has already been able to release a good number of devices at different prices. Despite this, there is a mysterious smartphone that the South Korean company could still be working on. A few weeks ago, a letter leaked under the company's Parthenon product along with a few hands on photos. The mysterious product has been revealed to be the Samsung Galaxy C, a smartphone almost similar to the Samsung Galaxy S7 with a premium front panel and metal body. And ever since then, the public has been keeping an eye out for other information pertaining this smartphone.

Details from a leak last April revealed a couple of Galaxy C smartphones – the Galaxy C5 and the Galaxy C7. As the smaller model of the two, the Galaxy C5 is said to sport a 5.2-inch FHD display with a 1920 x 1280 resolution, a 64-bit Octa-Core Qualcomm Snapdragon 617 SoC, 4 GB of RAM, up to 64 GB of internal storage, 16-megapixel rear and 8-megapixel front camera, and a 2,800 mAh battery. Meanwhile its older brother, the Galaxy C7, is reported to run on the same processor and RAM but will sport a larger 5.7-inch display and a 3,300 mAh battery. Both devices will be running on Android 6.0.1 Marshmallow OS. The Galaxy C5 is said to retail around $245 while the Galaxy C7 will cost around $276.

Earlier today, word has gotten out that Samsung has sent out invites to an event they are hosting in China. According to sources, this event will officially unveil the series. The event will be happening on May 26, which is actually just a few days away. It can be expected that more details of the mysterious smartphone will be unveiled together with its pricing and availability. There are reports that these two smartphones will be released in China this month. But prying into further details of their availability in other markets outside China, it is still unknown. More details about these two Galaxy C smartphones are expected to be unveiled as the event date approaches.