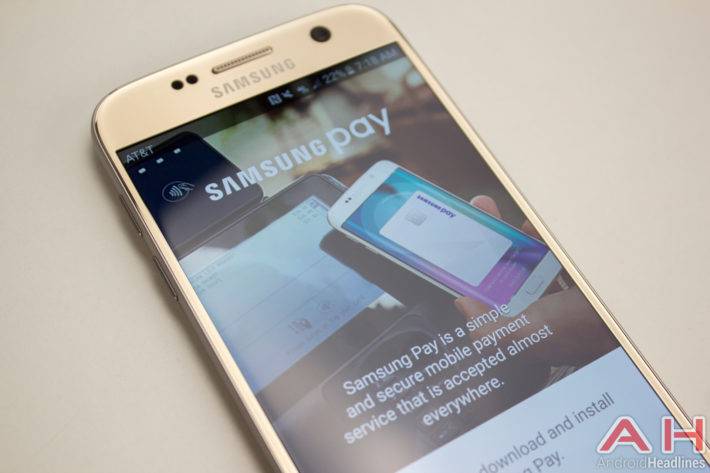 Mobile payments systems have had an interesting past couple of years and 2015 and 2016 will arguably be the two years where people start to become accustomed to the new systems. After a rocky start for Google Wallet, Android Pay has now become established in the US and has recently launched in the UK as well, but it’s not the only option on Android. Samsung announced Samsung Pay with the launch of the Galaxy S6 last year, and while it’s still rolling out in more nations around the world, it’s starting to gain traction against rival platforms such as Apple Pay. We heard not too long ago that Samsung Pay could, in some form or another, make its way to other Android phones that aren’t Samsung-branded, and now that might be happening if this latest report is to be believed.

A report out of South Korea states that Samsung is to launch Samsung Pay Mini later this year, a platform that will be available on all Android devices running 6.0 Marshmallow and above, but also iOS. This would be quite the turnaround from Samsung, but this wouldn’t be the sort of Samsung Pay that many known and love. Instead, ETNews thinks that this sort of thing will simply be a way of managing your Debit and Credit Cards in one simple app and simplify – as well as possibly help secure – the process of shopping online. This would of course mean that there’s no way to pay in store with a smartphone using Samsung Pay Mini (or whatever it ends up being called) but it would help to get more people interested in the idea of Samsung Pay and that’s what Samsung needs right now. Apple Pay has become ubiquitous in some circles, and to raise awareness – and perhaps get people to purchase a Galaxy S or Galaxy Note device – a smaller app like this would help spread the word.

This might paint a picture of a much more limited Samsung Pay experience, but extending the service to other devices, even in such a small manner could also help Samsung get more banks onboard all over the world. Regardless, the service is more than likely to launch in South Korea first, and head elsewhere after that, but for now we just have to wait and see what Samsung have in store for Samsung Pay.