Samsung and LG are two South Korean companies that go head-to-head in most sectors they’re present in. While both companies have varied business interests across a wide spectrum of industries, the companies are best known globally for their electronics businesses. While both Samsung and LG make some of the best televisions, refrigerators and other household products, it is their smartphone businesses that have kept them in the public eye over the last few years. However, with the smartphone market showing signs of saturation in the two largest markets, both companies have turned their attention to virtual reality (VR), which many believe will deliver high growth and better margins over the next decade. That being the case, both Samsung and LG have been moving full-steam ahead creating content for their respective VR hardware.

While Samsung has long sold VR headsets as part of its Gear VR line, LG recently unveiled its own offering in the space – the LG 360 VR. Meanwhile, the two companies have also each released 360-degree panoramic VR cameras, with LG calling its device the LG 360 Cam, whereas Samsung calls its own VR camera, the Gear 360. Having introduced its first-generation VR offering, LG is now concentrating on creating a content ecosystem for its hardware, and towards that end, has reportedly tied-up with Red Bull to produce 360-degree breakdancing and Taekwondo videos using its VR camera and uploaded them to YouTube. The company reportedly hired Korean dance team Jin-jo Crew and Brazilian band Rapurcussion to feature in the video.

Not to be left behind, Samsung Electronics has joined forces with Facebook and with South Korea’s largest theme-park – Everland. Facebook, of course, owns Oculus VR, the company behind Oculus Rift, and whose software powers Samsung’s Gear VR headsets. Meanwhile, with its partnership with the Everland resort finalized, Samsung Electronics, on April 24th, held an event for VR enthusiasts at the theme-park that allowed users to experience a couple of popular rides with images recorded by the company’s Gear 360 VR camera. The company had announced its tie-up with Facebook at the Mobile World Congress trade show held in the Spanish capital of Barcelona in February this year and recently gave away the Samsung Galaxy S7 and Gear VR to 2,500 developers who attended Facebook’s ‘F8 2016’ developer conference last month in San Francisco, California. 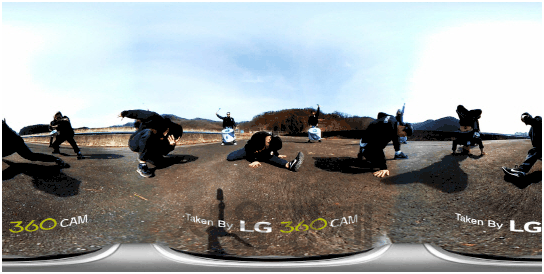