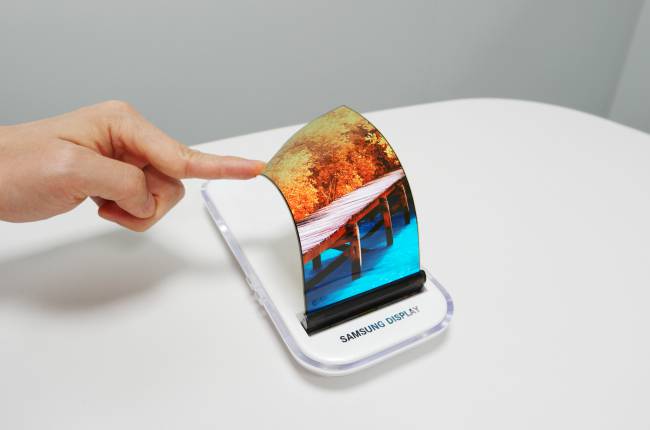 The display divisions of Samsung and LG are set to showcase some of their latest products at the yearly SID Display Week 2016 trade show in San Francisco, ending May 27. As expected, the companies’ OLED displays will be the main focus of the show, and both giants will touch on a variety of OLED display technologies and uses, ranging from curved and foldable / rollable panels, to screens designed for virtual reality and the automotive industry.

Samsung and LG have been improving OLED display technology for years, and Samsung is known for using its Super AMOLED panels for most of its products ever since the first AMOLED panel entered mass production back in 2007. Now, Samsung Display will be present at SID's Display Week 2016 where it will showcase some of its latest display technologies, including a new 5.7-inch AMOLED panel with a resolution of 2560 x 1440, which could be used for one of the company’s future flagship phones. Samsung will also showcase a new rollable AMOLED display with a mere 10-millimeter radius of curvature, a 0.3 mm profile, and a total weight of only 5 grams. Of course, Samsung is known for manufacturing large panels too, and sure enough, the Korean company will also showcase 13.3 and 14-inch AMOLED touchscreens for laptops, along with a reflective display based on hologram technology, which can reportedly project 3D-like images.

As for Samsung Display’s closest rival – LG Display –, the company seems to emphasize more on larger panels designed for TVs. LG Display will showcase a 55-inch double-sided panel, a curved 64-inch display, and a more conventional 75-inch OLED panel. In addition, LG Display is also expected to showcase new touchscreens designed for the mobile market, featuring advanced touch sensors that allows them to be operated by users even when they wear gloves. All in all, OLED display technology seems to become increasingly popular across multiple market segments. Not long ago Samsung was reported to increase its OLED production capacity starting 2017, all the while LG Display is expanding its business in new areas, including OLED light panels. In fact, according to recent reports, LG Display chief technology officer, Kang In-byung, will become a member of SID thanks to his efforts in commercializing large-scale OLED panels, while senior vice president of LG Display, Oh Chang-ho, will receive an award for his efforts in researching and developing new display technologies.