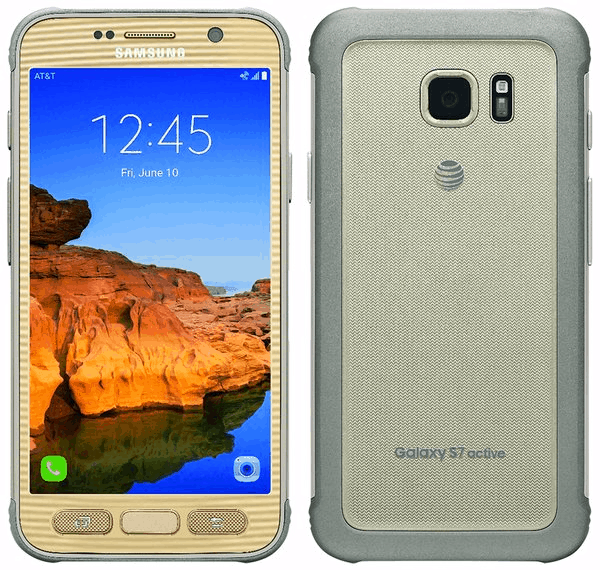 Samsung is not a company who is afraid of bringing to market multiple smartphones or for that matter, multiple variants of each of their smartphones. The Samsung Galaxy S7 is no exception. At launch, Samsung released two variants of the Galaxy S7, the standard model and a larger Edge variant that followed in the footsteps of the Galaxy S6 Edge. Since then, reports have routinely came through detailing that an Active variant of the Galaxy S7 was also en route and now more details are coming through on this latest AT&T-destined Active handset. Over the past few weeks, little has been left to the imagination with leaked images of the Galaxy S7 Active coming through on more than one occasion. Not to mention some of the specs being confirmed thanks to the device being spotted on GFXBench. Now the latest info comes by way of VentureBeat who state they have seen a spec sheet for the Galaxy S7 Active.

One of the aspects which will likely be assumed with an Active version, is that it will come boasting a bigger battery and the latest report confirms as much with the Active model said to come sporting a 4,000 mAh battery. This also seems to have led to the handset adopting a thicker and heavier disposition with the Galaxy S7 Active reportedly being 9.9 millimeters thick and weighing in at 185 grams. In short, these seem to be the biggest of the spec changes with the rest of the specs being touted in this latest report confirming much of what is on offer with the Galaxy S7, including a 5.1-inch Super AMOLED display (which makes use of a 2560 x 1440 resolution), 4GB RAM, 32GB Internal storage, a Qualcomm Snapdragon 820 processor, a 12-megapixel rear camera, a 5-megapixel front-facing camera, a microSD card slot and Android 6.0 (Marshmallow).

In terms of when and where you will be able to pick up the Galaxy S7 Active, it has long been understood that this will be an AT&T exclusive and that does seem to still be the case with the launch date likely to take place on June 10th, as VentureBeat points out, the date that is displayed on the renders that have come through so far.