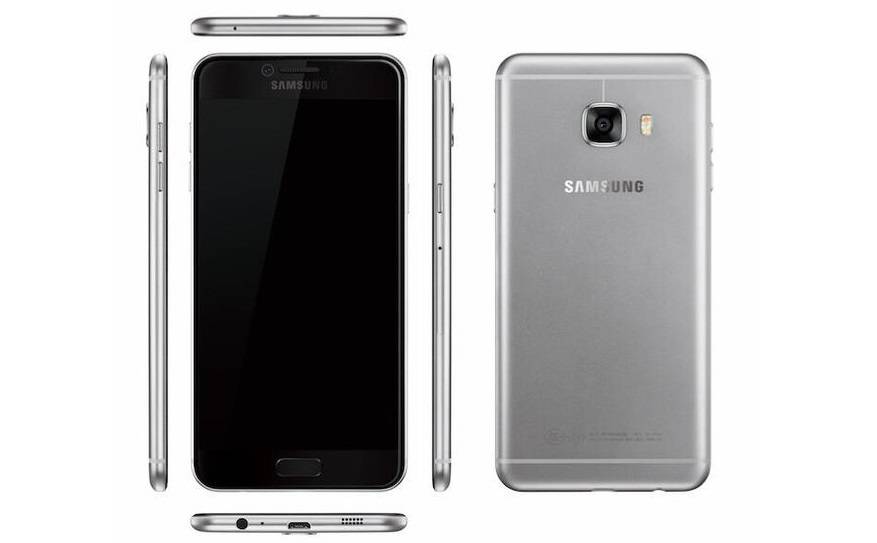 The latest leaked images seem to showcase the Samsung Galaxy C5 in a couple of press renders. In one image, the smartphone is presented in pink, while in another the chassis appears to have been treated with a gray finish. Either way, the smartphone is encased in a metal unibody design with rounded edges and 2.5D glass covering the display, and looks arguably similar to some of Meizu's metal-clad smartphones. As far as the hardware is concerned, the Samsung Galaxy C5's specifications have been previously uncovered on several occasions by a variety of sources, including TENAA (China's equivalent to the FCC), AnTuTu, Geekbench, and GFXBench. All of these sources revealed the same components, including a 5.2-inch AMOLED display with a resolution of 1920 x 1080, a Snapdragon 617 64-bit octa-core processor, 4 GB of RAM, 32 / 64 GB of internal memory, and a 2,600 mAh battery to keep everything up and running. The smartphone should also be equipped with a 16-megapixel shooter, as well as an 8-megapixel front-facing camera for selfie enthusiasts. Reportedly, the smartphone weighs 153 grams and measures 145.9 x 72 x 6.7 millimeters.

While the Samsung Galaxy C5 has been designed as a mid-range smartphone, it does seem to include a fingerprint recognition scanner which can be used in conjunction with Samsung Pay, and sources add that the smartphone will also support Samsung's UHQA (Ultra High Quality Audio). Reportedly, the Samsung Galaxy C5 will be released in China for the price of 2,199 yuan, or the equivalent of roughly $335 at today's conversion rate. But whether or not the smartphone will debut in China next week remains to be seen. Either way, the Samsung Galaxy C5 was recently certified by TENAA, and a visit to China's telecommunication regulatory agency usually hints that a market release is just around the corner. 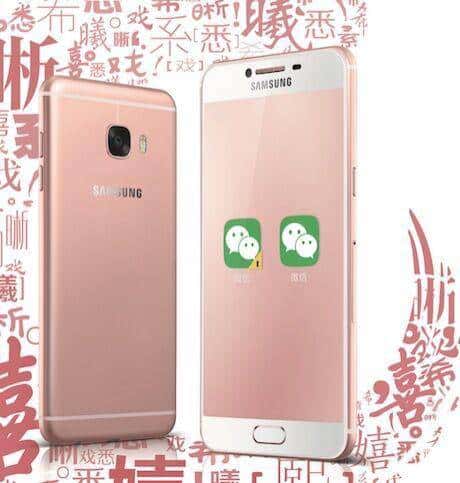