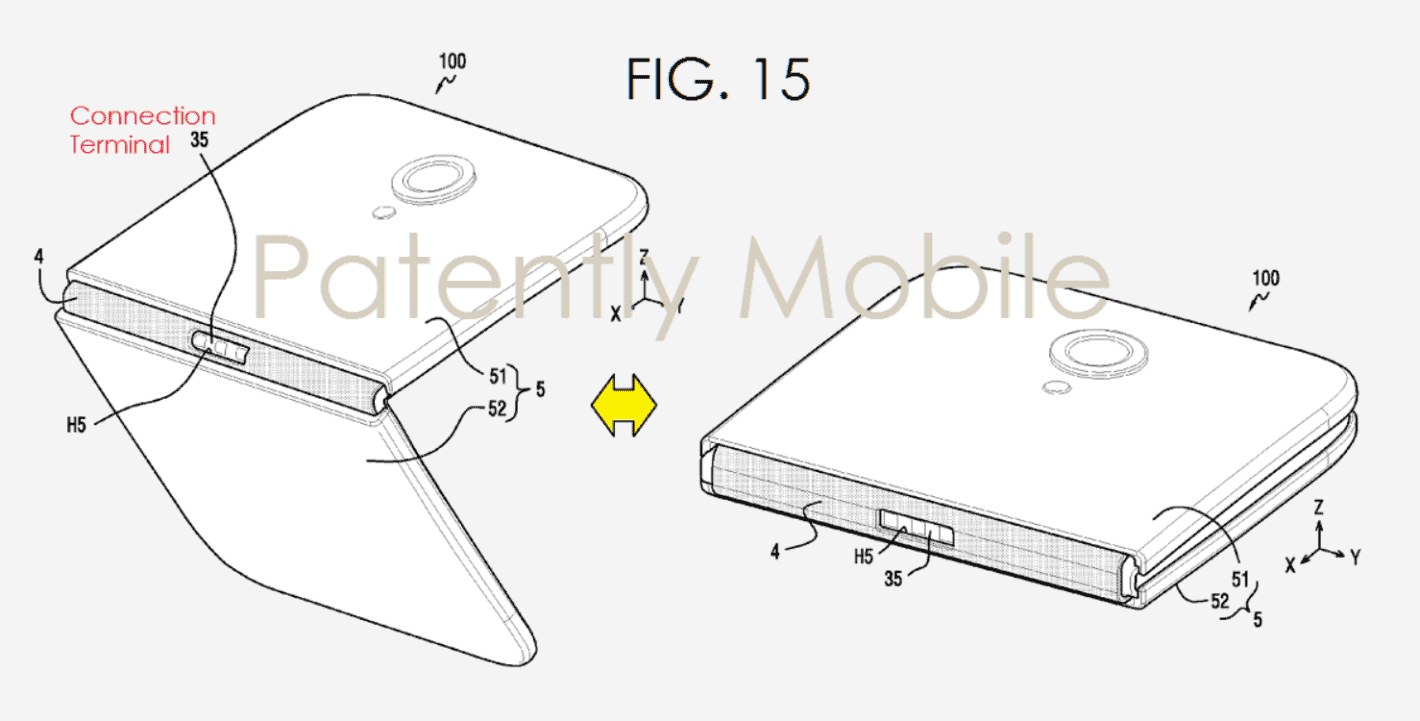 We've been talking about foldable smartphones for quite some time now. Samsung has filed quite a few patents that might be used in the company's allegedly upcoming foldable, and the company is allegedly working on such a smartphone under the 'Project Valley' codename. That being said, this Korea-based tech giant has filed yet another patent application last year which we were not aware of, but it has surfaced recently, read on.

If you take a look at the provided image, you'll get to see the patent sketch of the company's allegedly upcoming foldable smartphone, and if you visit the source link down below, you'll be able to see Samsung's patent application which they filed last year with the USPTO. The application mentions both the fingerprint scanner and an iris scanner, which suggests that this might be a high-end handset, or at least close to it. If you take a closer look at the image, you'll notice that there's a charging port on the back of this device, which is revealed once you fold up the phone. Now, based on this design, you won't be able to use the phone while the device is charging, and that might bother quite a few people. Do note that this might not be the final design of the company's smartphone, of course, this is a just a sketch, and is over half a year old at this point. Now, in addition to this patent application, a report which surfaced also mentioned that Apple's iPhone for next year might feature the flexible nanowire display. This display was first mentioned about a year ago, and it seems like it might become a reality next year, but do keep in mind this is just a rumor at this point.

We're seeing more and more flexible display rumors and prototypes out there, and it seems like the first foldable smartphone might be introduced later this year, or early next year. Samsung's 'Project Valley' smartphone might be amongst the first such smartphones announced, if not the first. We're sure that more rumors regarding such a smartphone will surface in the coming weeks, so stay tuned for that, we'll make sure to report back as soon as interesting content pops up.