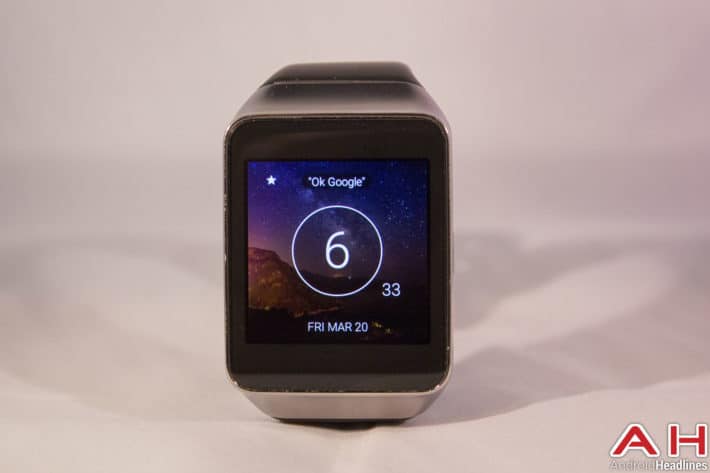 When Android Wear launched at Google I/O 2014, Google had three smartwatches that were announced. The LG G Watch, Samsung Gear Live – both of which were given out to attendees – and the Moto 360 (which came a bit later on in the year). The Samsung Gear Live looked a whole lot like a smartwatch that was thrown together with parts from the Gear Fit and Gear 2 Neo. Two of Samsung's smartwatches they had announced earlier that year with the Galaxy S5 (the Gear 2 was the third smartwatch announced in early 2014). Since then, LG and Motorola have launched more Android Wear smartwatches. But Samsung has been pretty quiet on that front, only launching two smartwatches the Gear S and Gear S2. But they don't run Android Wear, instead they are running on Tizen OS.

Talking with Fast Company, Samsung has now confirmed that they are done with Android Wear. Citing that they are not developing or have any plans for any future Android Wear devices. In this report, the rep from Samsung states that Tizen OS is "far more battery-efficient than Android Wear". But it's also not surprising to see Samsung favor Tizen OS over Android. Given that Samsung has been attempting to get Tizen to take off for a few years now. Samsung also mentioned that Tizen is becoming the operating system of choice for Samsung on other products like Televisions and Refrigerators.

A bit of sad news for Samsung fans who were hoping to get another Android Wear device out of Samsung. The Gear S2 isn't a bad smartwatch at all, and now that it is compatible with any Android smartphone (rumored to get iOS support soon too), it makes it easier to buy a Gear S2 over Android Wear. This doesn't mean it's the end of Android Wear, though. As Google announced a huge update for Android Wear which will be hitting the platform later this summer. Although this could be a major blow for Android Wear, given that Samsung is the largest Android manufacturer, and not to mention the marketing power that Samsung has. Only time will tell whether this is a good move for both Google and Samsung in the long run.