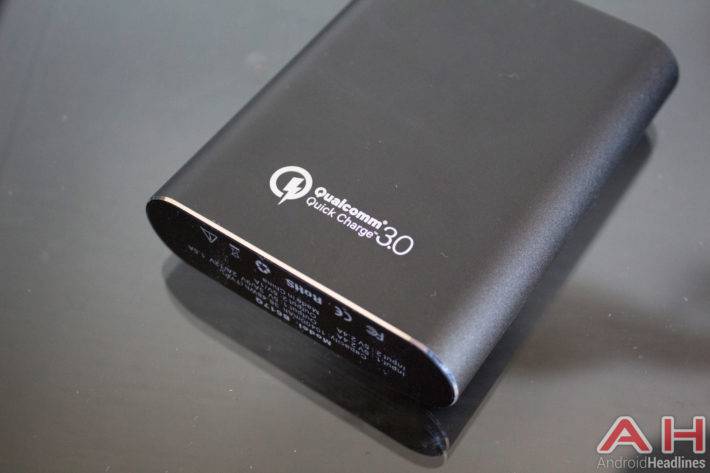 Choetech is one of the premiere smartphone charging accessory manufacturers on the market today, and for good reason. Aside from just being priced affordably and built well, Choetech's products are always amongst the first to receive OEM certification for new technology. This latest batch of mobile charging accessories comes in the form of a 6-port 60W charging station, and a 10,400mAh battery pack for charging while on the go.  The key difference between this set of products and plenty of other familiar ones by Choetech and others is that both of these support the new Qualcomm QuickCharge 3.0 technology, which is designed to charge your supported mobile device 80% of its battery in as little as 30 minutes. When you're on the go every minute counts, so what better way to make them count than charging faster than ever?  We're going to take a look at both products and see how well they perform as well as how well they stand up to the test of time. 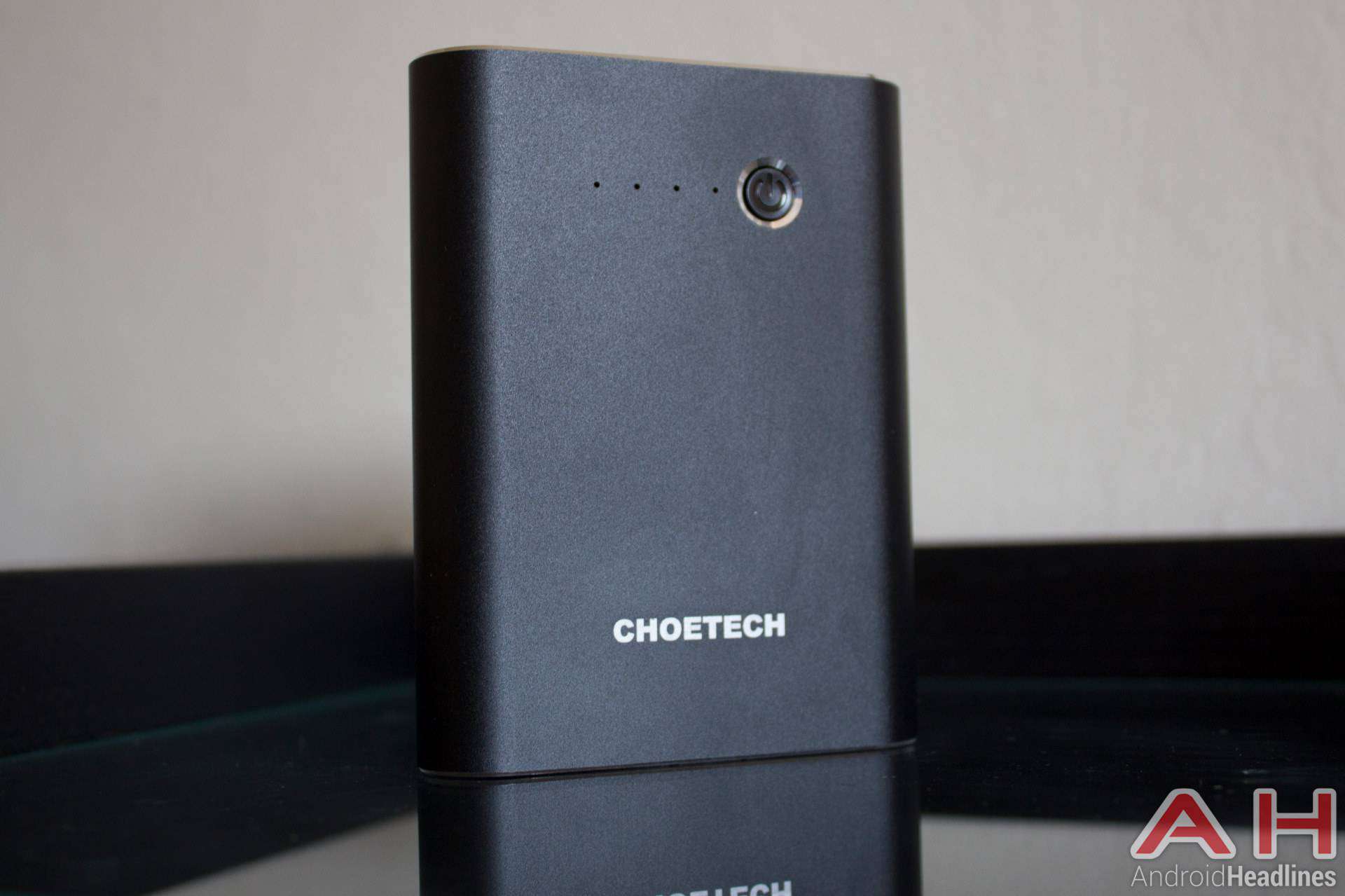 For $39.99 you'll find the battery itself in the box, as well as a single microUSB cable for charging a phone with a microUSB port.  As far as charging is concerned, the Choetech B617Q portable charger supports any mobile device that charges via USB. This includes Android and iOS powered devices, as well as anything else you might have that charges via USB. The caveat here is the blue colored QuickCharge port that supports all 3 Qualcomm QuickCharge standards to date. When you plug a device into this port the charger will automatically detect what the correct charging voltage is and change it to the maximum supported frequency. Having a device with a Qualcomm QuickCharge chip inside of it is the key for getting the most out of this battery, otherwise, it just defaults to a save frequency of 5V/1A, which is slow by any modern measure. This is easily the biggest downside to the product, as those with devices that support higher wattage charging, like Nexus 5x and 6p owners, or other Apple device owners, will only see the slower charging speed as they don't have the chip required to perform the handshake for QuickCharge speeds.

Owners of recent flagships like the LG G5 and the HTC 10 will be able to enjoy the full 5V/3A 15W charging that QuickCharge 3.0 offers, though, and will find this battery likely charges their devices faster than basically any other one on the market. Most devices certainly don't support that level of power, though, such as Samsung's Galaxy S7 series, but do support the QuickCharge 2.0 spec.  Other supported frequencies include 9V/2A and 12V/1.5A depending on what your device might support. The battery itself also supports QuickCharge input too, charging that incredibly large 10,400mAh battery inside with 5V/2.4A speed. What's nice here is that both a microUSB cable and an Apple lightning cable can be used to charge the battery in case you're rocking different kinds of devices and chargers.

What do all these numbers mean in real world performance? Or course it depends entirely on your device, but as stated before from 0% to about 80% takes only 30 minutes on a QuickCharge 3.0 device.  QuickCharge 2.0 devices should see about a 50% or so charge in that same 30-minute time frame while QuickCharge 1.0 devices and others won't get nearly as fast. The Nexus 6p, which is not a Qualcomm QuickCharge supported device, still managed to get about a 40% charge in an hour using the Choetech B617Q, which is a respectable figure for sure and will save anyone in a bind.

Lastly, we'll take a look at the build quality and operation of the power brick, which is not only made completely of metal but has a really nice weight to it. A 10,400mAh battery isn't small by any means and is about 3 times the size of the average battery size in today's smartphones. Given batteries are always the heaviest part of any mobile device it should come as no surprise that this thing isn't light, but it's not obnoxiously heavy either. The metal build is quality too and adds a little weight to the device, but the fully rounded sides of it help make it a little more sleek than a simple square brick would feel. It's also got some attractive silver chamfered edges on the front and back sides all the way around that curved lip that complement the black body of the battery.

On top, you'll find a single power button that needs to be pressed in order to deliver a charge, likely a way to help erroneous charging if you accidentally leave something connected and don't want to drain the battery. Either way, you'll need to remember to press this button before expecting your device to charge, otherwise, it really will just be a brick in your bag. Next to the power button is a series of 4 LED lights that turn both blue and green to indicate both battery levels of the device itself. A quick press of the power button will light these up letting you know how much juice is left to be used for charging. 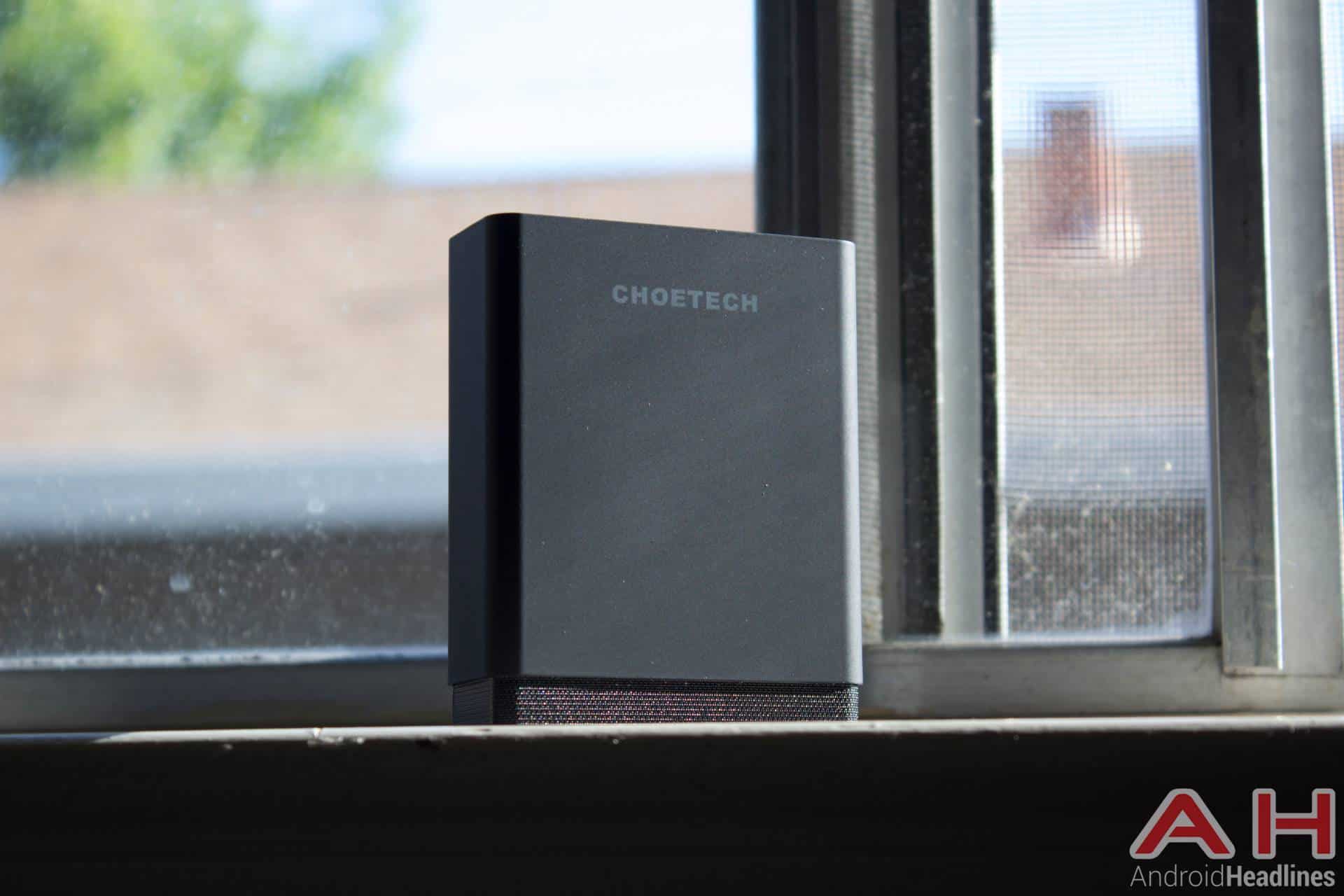 Charging stations are incredibly handy things to have, as they free up outlets in your house and keep you from worrying about losing charging bricks or figuring out which brick goes to which device. Choetech's 50W charging station isn't just high wattage, it also features 6 intelligent charging ports that are designed to detect your device type and charge to the maximum supported frequency.  At $35.99 you'll get the charger itself, a microUSB cable, as well as the wall outlet cable for plugging the unit in.

The two main ports, which are colored blue, are the QuickCharge ports designed to charge your device incredibly fast, to say the least. Just like the portable charging brick above, QuickCharge 3.0 on the charging station will charge your device 80% of its battery in as little as 30 minutes. This is great especially for those times when you only have a few minutes at home to juice up the phone before your next outing. There are only a few QC3.0 supported devices at this point, but that number will grow in 2016 as more of these devices enter the market. Right now 2 out of the 3 major flagships released this spring support QC3.0, the LG G5 and the HTC 10, and more are certainly coming between now and the end of the year too. The other four ports are intelligent ports and will scale voltage to what matches best to the requirements of your device. Choetech has an automatic voltage swing technology that can detect the maximum safe voltage for your device and adjust it up to 5v/2.4a.

The charging station itself looks nearly identical to previous generation Choetech charging stations, but it's internals are what received the upgrade this time around. This all plastic housing doesn't feel nearly as solid as the portable battery above, but it doesn't feel overly cheap either. The ports are rugged and feel well built, and I haven't found myself wondering if I were going to break them or push them in when inserting cables. I've had this happen on some other charging stations by cheaper brands and it's not fun when the whole unit becomes useless because the outlet port gets pushed in. The only other point of interest in the unit is the power LED located dead center between the 6 front-facing ports, which glows blue when the unit is functional and plugged in.

This charger has really come in handy when traveling and really serves to save some significant space by being the only power brick you need, not to mention cutting down on clutter. Overall this is a fantastic charger that's built to deliver high wattage charging to quickly charge your device, no matter what technology your phone might use for quick charging although users with phones that support Qualcomm QuickCharge 3.0 will, of course, experience the greatest benefit from the new technology packed inside this model over other chargers on the market.

Choetech 4U2Q Charging Station
Advertisement
Trusted By Millions
Independent, Expert Android News You Can Trust, Since 2010
Publishing More Android Than Anyone Else
0
Today
186
This Week
106
This Month
4093
This Year
105570
All Time
Advertisement