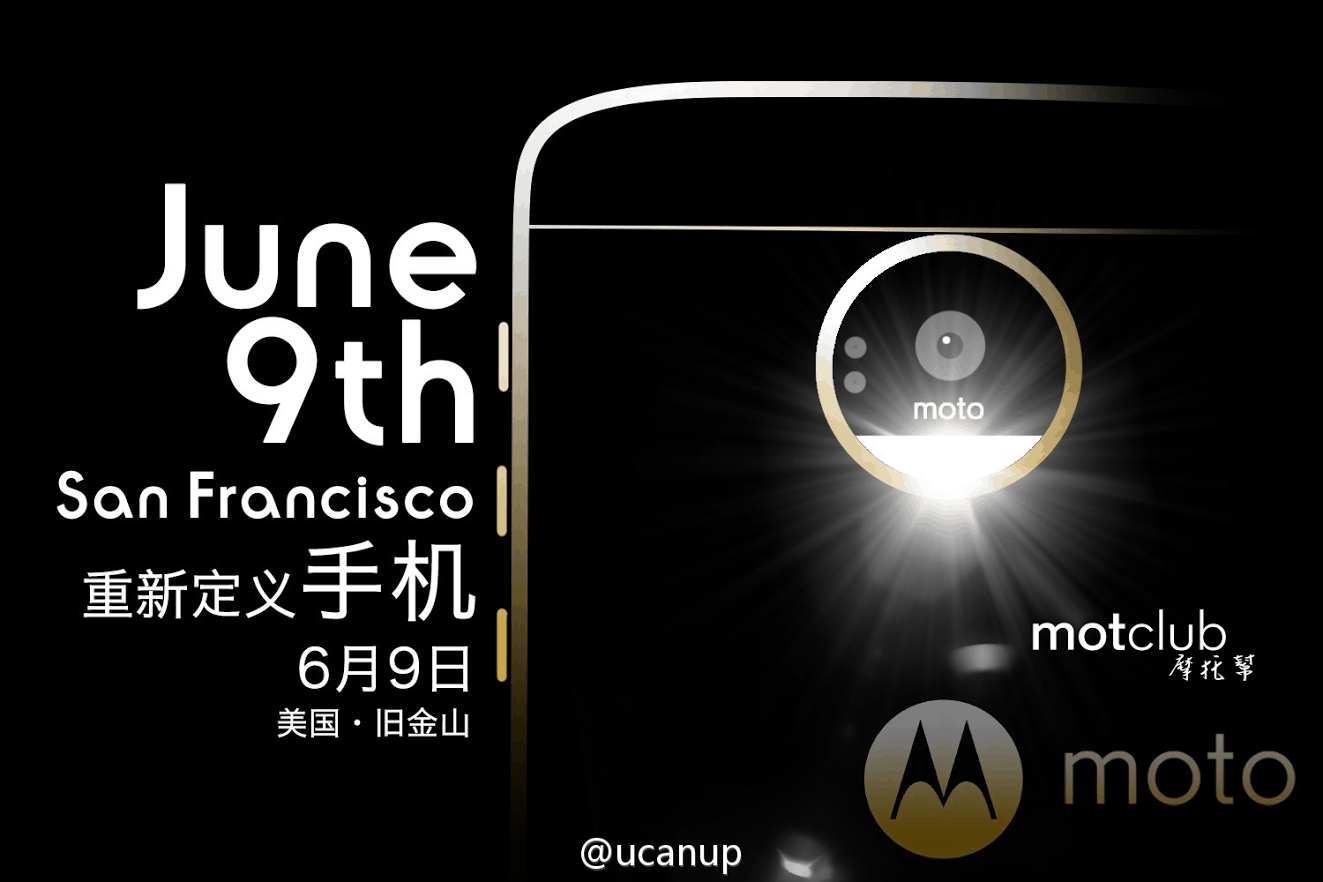 The image above was leaked on Google+ recently and, if it is the real deal, can only mean that the Moto Z lineup will be featured in some way at Lenovo's Tech World conference in San Francisco on June 9th. The date will be the event's second happening, though it is set to be an annual conference for Lenovo. The event, set to happen at the iconic Nob Hill Masonic Center, will likely attract the attention, and possibly the attendance, of some of the movers and shakers of the tech world, making it the perfect place for Lenovo to announce any and all of their up and coming devices.

Unannounced as of yet, the Moto Z family, rumored to consist of the Moto Z Style and Moto Z Play, in a similar manner to the 3rd generation Moto X lineup, sports unique looks and modular capabilities. The flagship phone or phones have seen a good number of leaks thus far, including a leak of possible specs, including a Qualcomm Snapdragon 820 processor, 3 or 4GB of RAM and a 2,600 mAh battery, from the well-respected Evan Blass, also known as @evleaks. Rumors have yet to touch on pricing, but speculation pegs the family as hovering around the Moto X Pure's $399 launch price point, though prices for the modules when they begin seeing consumer availability are obviously, anybody's guess and will depend largely on the type of module in question and who is manufacturing it.

If the image's date is correct and the Moto Z lineup is set to have its big reveal at Tech World 2016, it will face stiff competition from its own camp; on that same date, Lenovo is reportedly planning to show off its first consumer device compatible with Google's Project Tango, as well as a followup and callback of some sort to Motorola's critically acclaimed Moto Razr V3, one of the last great and iconic feature phones to take the mobile world by storm before smartphones hit the mainstream. With Lenovo keeping most plans for the conference under wraps, only they know how things will play out on June 9th, although most of the tech world will be watching closely.

Advertisement
Trusted By Millions
Independent, Expert Android News You Can Trust, Since 2010
Publishing More Android Than Anyone Else
32
Today
150
This Week
70
This Month
4058
This Year
105535
All Time
Advertisement