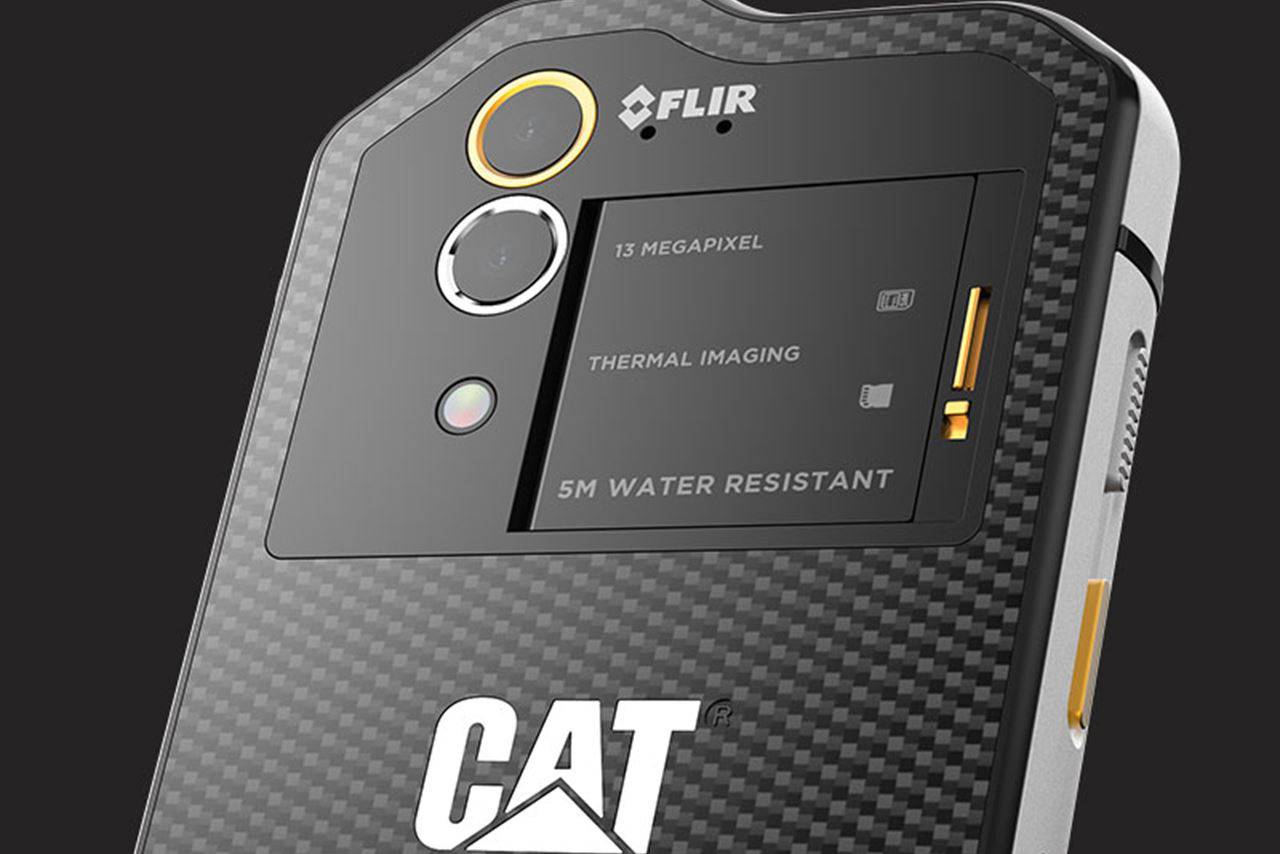 Cat is not a company that is typically thought of when talking about smartphones or other mobile devices, just as Polaroid is not generally thought of as a company that produces smart TVs that have baked in Google Cast technology. Stranger things have happened, though, and earlier this year towards the end of February, Cat announced a new phone coming out under their brand called the S60, which is quite obviously being built with construction and industry workers in mind. More than its durability, the Cat S60 garners attention for its use of the FLIR thermal imaging technology that's built into the rear camera.

While the details of the Cat S60's unveiling are nothing new, details of when customers would be able to pre-order the device are, and today Cat has just announced that pre-orders for the S60 will begin next month in June for Europe. They have left out pricing details from today's announcement on the device but reported costs are said to be $599 for the U.S. model, and €649 for the European model. Alongside information about the pre-order opportunities, Cat will also be releasing an SDK for the device so that developers are able to work with the thermal imaging technologies and integrate those features into their applications, so long as the app is relevant, of course.

There will also be a MyFLIR app available that makes use of the thermal imaging functionality right out of the box, and will allow users to capture still thermal images, video, panorama shots and time lapses. The app will also enable users to swap between a total of nine thermal color palettes if they have the need for it. In addition to the thermal imaging technology from FLIR, the Cat S60 also comes equipped with 7-inch HD touchscreen, a 13MP camera on the back, a 5MP camera on the front, a Qualcomm Snapdragon 617 CPU, a 3800mAh battery, and it has 32GB of internal storage as well as 3GB of RAM. It will also be running Android 6.0 Marshmallow at launch and it's being touted as waterproof, dust proof, and drop proof. Although the pre-orders will kick off in Europe only at this point, other regions are expected to get their chance at pre-orders as well.