Do we have a good one for you today – the Samsung Galaxy S7 goes up against the new Meizu Pro 6.  The Galaxy S7 uses a slightly changed sculpted metal edge and glass back in its design to make it somewhat easier to hold and pick up off a flat surface.  The Pro 6 is an all-metal design, very reminiscent of the iPhone, but with a Samsung kind of shape and home button.  Both devices feel solid in their build – with the edge going to the Galaxy S7 – and look like the premium flagships they profess to be.  Can the new Meizu Pro 6 stand up to the infamous Galaxy S7 or does the price of the Pro 6 make it too hard to pass up?  Let’s look at some of the similarities between these two devices before we look at each one individually.

As different as these two devices appear, they do have a few things in common.  Because their displays are very close in size – Galaxy S7 is 5.1-inches, and the Meizu Pro 6 is 5.2-inches – their physical size is also very close to the Pro 6 weighing in at 160 grams or 8 grams more than the Galaxy S7.  Speaking of displays, both of these devices use the Super AMOLED technology, although the resolutions differ – the Galaxy S7 uses QHD, and the Pro 6 uses FHD.  They both have 4GB of RAM and both offer a 32GB model, although the Galaxy S7 offers expansion, and the Pro 6 offers no expansion but a 64GB model.  Both use a 5MP sensor for their front-facing camera (FFC) for selfies and video chatting.  The Galaxy S7 and the Pro 6 each has a fingerprint sensor for verification.  The usual suspects are there – WiFi, Bluetooth (v4.2 in the S7 and v4.1 in the Pro 6), GPS, NFC, and a microUSB port (Type-C in the Pro 6) for charging and data transfer.  Both offer a non-removable battery with a rapid charge option, and both offer Hi-Res sound through the earphones.

This year’s Samsung Galaxy S7  brought us no big surprises this year – the same basic metal and glass look, the same size, and with the newest of processors.  Samsung made a smart move this year by having one Galaxy S7 and one Galaxy S7 Edge with a slightly larger display. This decision causes less confusion among buyers and makes it easier to decide between models.  Samsung made a few subtle changes in the metal frame to make it easier to pick up off a flat surface, but after last year’s complete makeover, it was a rather unexciting unveiling this year.

As good as the camera was on the Galaxy S6, we were expecting to see a 21MP shooter on the Galaxy S7, but instead, they replaced the 16MP camera with a new Dual Pixel 12MP camera that has a larger sensor than the old 16MP used.  This change allows it to take in more light and detail for better low-light shots.  They increased the aperture to f/1.7, they included a faster phase detection autofocus (PDAF), auto HDR and retained the OIS.  For those of us that worried about Samsung’s decision, DxOMark’s testing scored it as the one of best mobile camera currently available.  The Galaxy S7 uses a 5MP for its FFC but added a wide-angle lens with a large f/1.7 aperture and Live HDR allowing for excellent low-light selfies and video chatting.  The S7 includes a large 3000mAh non-removable battery and comes with Quick Charge 2.0 and quick wireless charging as well.

What other features distinguishes the Galaxy S7 from the Meizu Pro 6?  We have to start with the display – it is beautiful to view, uses always-on technology, and uses the QHD resolution.  You can also use Samsung Pay to make mobile purchases just about anywhere you can swipe a credit or debit card.  The Galaxy S7 also has a heart rate monitor, oxygen saturation sensor and quick wireless charging.  The Galaxy S7 measures 142.4 x 69.9 x 7.9 mm, weighs in at 152 grams and is available in Black, White, Gold, and Silver costs about $670. 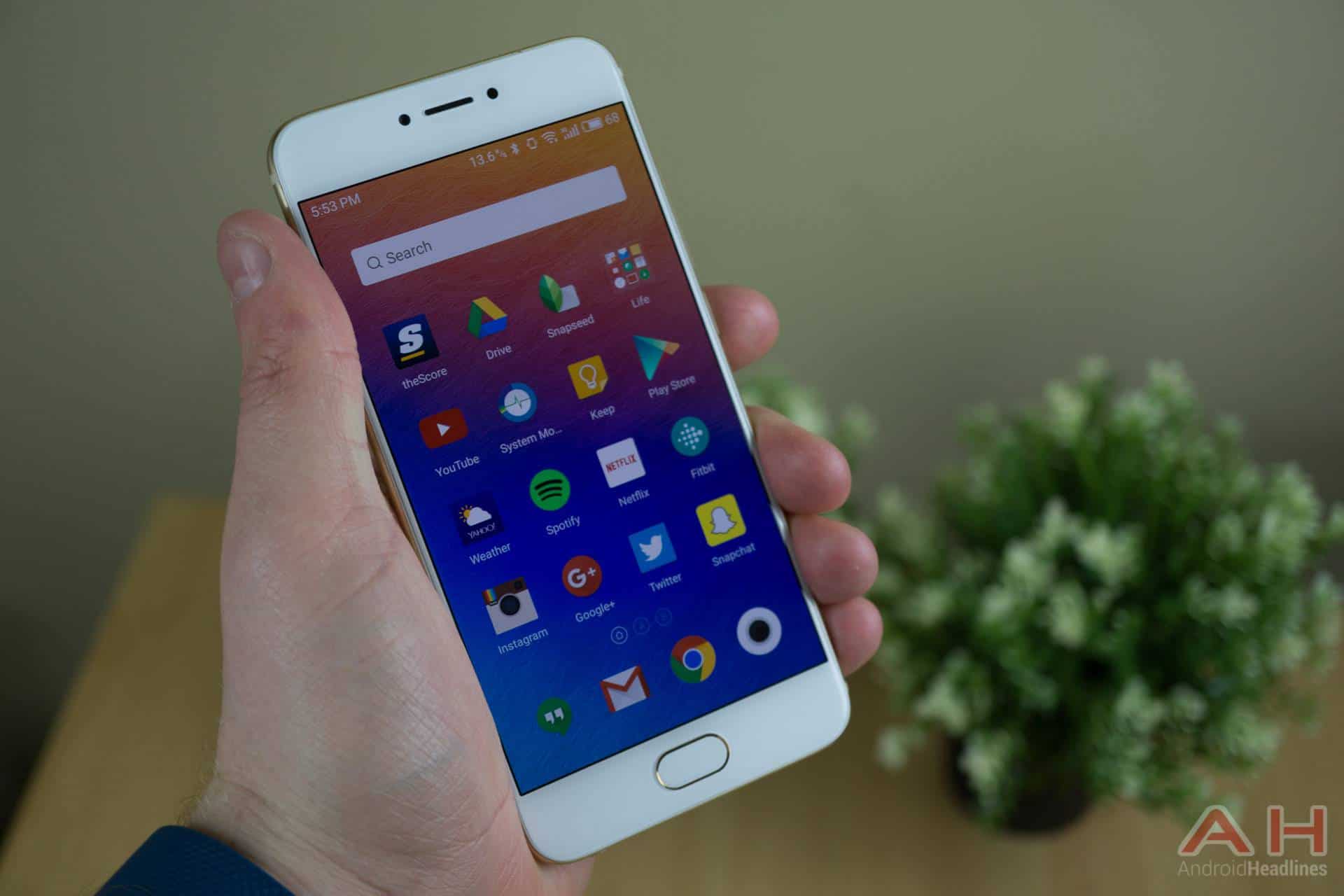 The Meizu Pro 6 is an all-metal smartphone that looks a lot like the iPhone 6S right down to its antenna lines…not a criticism, just an observation.  It is a beautiful looking smartphone and has a nice feel to it, but does it have the specifications to beat out the Galaxy S7 in this comparison?  The Meizu Pro 6 is priced competitively, but what are you giving up to save those dollars?

The camera is a 21MP shooter with an aperture of f/2.2, phase detection autofocus (PDAF) and a 10x dual tone ‘Ring flash.’  A 5MP FFC has a f/2.0 aperture for taking selfies and video chatting.  It packs a 3000mAh non-removable battery with rapid charging called mCharge – 26-percent in 10 minutes and 100-percent charge in 60 minutes.

Okay, this comparison comes down to specifications versus needs versus cost – the Samsung Galaxy S7 is the clear winner in specifications.  It has the QHD ‘always-on’ display, a much better processor, faster DDR4 RAM, faster UFS 2.0 Internal memory, and offers memory expansion.  It has a better camera area overall, comes with a heart rate sensor, oxygen saturation sensor, quick wireless charging, and is certified IP68 water resistant. The Galaxy S7 can also be used on all major US networks, and offers Samsung Pay. However, all of those specifications come at a cost – about $670, although there are many deals going on right now to help get that cost down.

The Meizu Pro 6 comes at a very attractive price of $390 – $435.  If you are content with a 1080p display, slightly lesser processor, slower and non-expandable memory, and you don’t need a heart rate/oxygen saturation sensor and good, but not great photos, and are willing to use your device on non-LTE or limited LTE networks in the US – then the Meizu Pro 6 may be just what you need.