Do we have a good one for you today – the Huawei Mate 8 goes up against the Samsung Galaxy S7 Edge.  The Mate 8’s all-metal body squarely takes on the sculptured metal frame and glass of the S7 Edge.  Both devices feel solid, and look the part of a premium smartphone.  The almost non-existent bezels of the Mate 8 and the dual curved display on the S7 Edge add to the devices’ design and beauty.  The Mate 8 comes in several configurations – we are picking the 4GB/64GB model to compare.  Does the Huawei Mate 8 have what it takes to out gun the Samsung Galaxy S7 Edge? We will first see what these two devices share before we take a closer look at each.

These two devices have only a few things in common.  Even though the display of the Huawei Mate 8 is one-half inch larger, because of its thin bezels, the physical dimensions are very similar, although the Mate 8 does weigh in at 28 grams more.  Both devices share 4GB of DDR4 RAM and the ability to expand their internal memory.  They both have a single speaker mounted on the bottom of the device, and they both include Hi-Res audio features when listening with earphones.  The Mate 8 and S7 Edge have fingerprint sensors and large, non-removable batteries with rapid charge functions.  The usual suspects are there – WiFi, Bluetooth v4.2, GPS, NFC, and a microUSB 2.0 port for charging and data transfer. 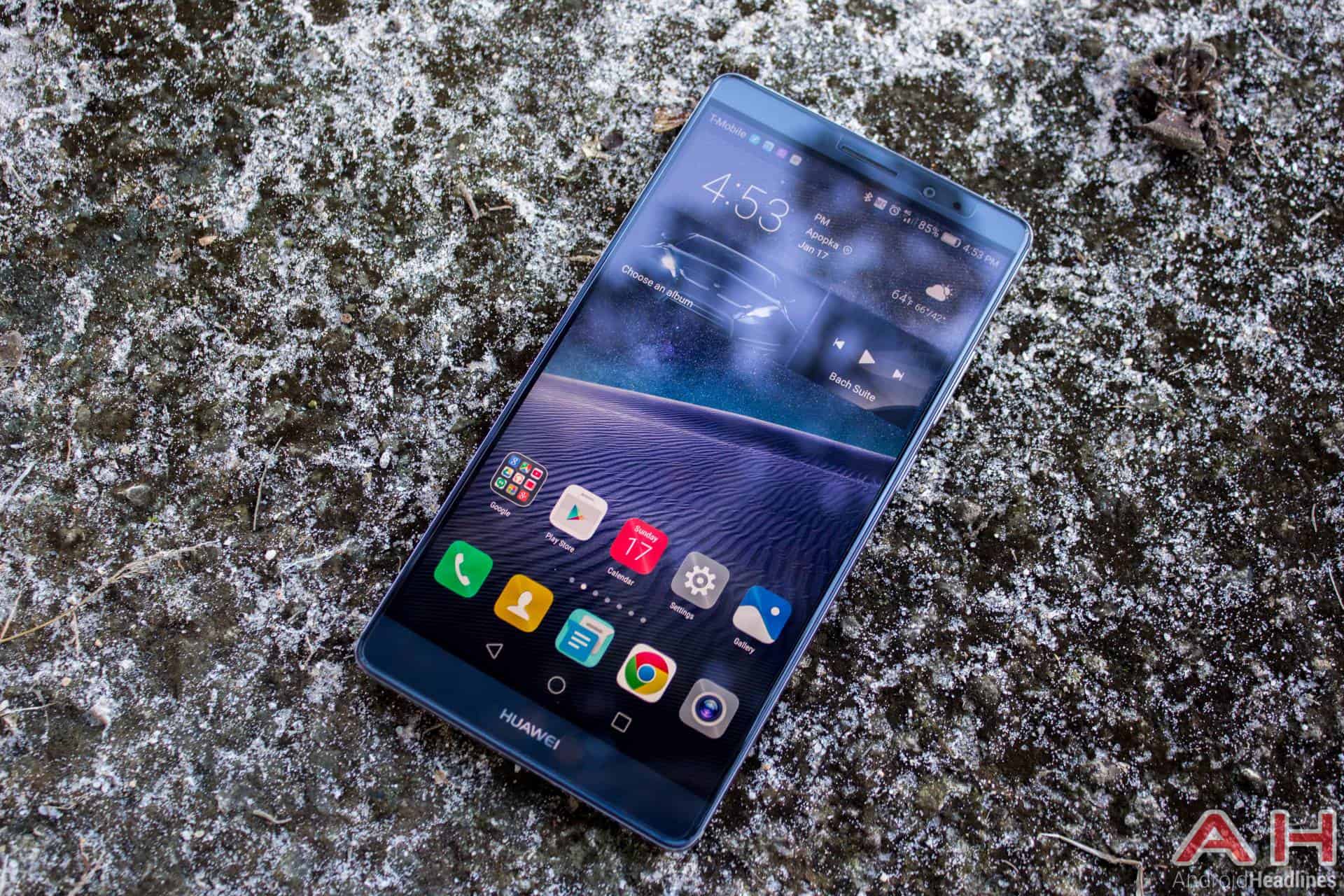 Huawei makes a great smartphone – just look at the Nexus 6P – and the Mate 8 is no exception, nor bargain, as high-end Huawei devices do not come cheap just because they are from China.  The Mate 8 is in phablet territory with its large display and has Huawei’s usual trademark all-metal body with the fit and finish of a true flagship device.  The Mate 8 packs almost all the right parts to compete with the new devices from Samsung, LG, and HTC – it is a shame it does not have the QHD display.

The Huawei Mate 8 sports a large 6-inch IPS-NEO LCD FHD display with a resolution of 1920 x 1080 and 368 pixels-per-inch.  The brains are provided by Huawei’s homegrown HiSilicon Kirin 950 octa-core processor clocked at 1.8GHz and 2.3GHz with their excellent Mali-T880 MP4 GPU running the graphics.  It packs 4GB of DDR4 RAM and 64GB of internal memory with room to expand to 128GB via a microSD card.

For the camera area, Huawei chose a 16MP sensor with an aperture of f/2.0, phase detection autofocus (PDAF), a dual-tome flash, and OIS for some very good photos.  The front-facing camera (FFC) is a large 8MP with wide-angle and f/2.4 for selfies and video chatting.  A large 4000mAh non-removable battery powers the Mate 8, and it has fast-charge that will give you a 37-percent charge in only 30 minutes.

Naturally, we assumed that Samsung would up the pixels on the S7 series to maybe 20MP, but instead, Samsung replaced it with a new Dual Pixel 12MP sensor.  The new sensor is actually larger than the old 16MP used, allowing it to take in more light and information.  They increased the aperture to f/1.7, they included faster phase detection autofocus (PDAF), auto HDR and retained the OIS.  Many were skeptical – however, the new S7 Edge is cited by DxOMark as one of the best mobile cameras currently available with a score of 88.  The Galaxy S7 Edge uses a 5MP wide-angle lens with a larger f/1.7 aperture and Live HDR for its front-facing camera (FFC) allowing for excellent low-light selfies and video chatting.  The S7 Edge includes a larger 3600mAh non-removable battery than its predecessor and comes with both Quick Charge and quick wireless charging.

What other features distinguishes the Galaxy S7 Edge from the Huawei Mate 8? The S7 Edge offers an always-on display with dual curved edges and IP68 water and dust resistance. You can use Samsung Pay to make mobile purchases just about anywhere you can swipe a credit or debit card. The S7 Edge also has a heart rate monitor, oxygen saturation sensor, and quick wireless charging.  The S7 Edge measures 150.9 x 72.6 x 7.7mm, weighs in at 157 grams and is available in Black, White, Gold, and Silver, costing about $790, with many carriers offering specials.

This comparison is a relatively easy one – the Samsung Galaxy S7 Edge is the winner of this specification comparison.  Not only is it superior in almost every category but these two devices cost within $100 of each other. With the S7 Edge, you get a superior display – QHD, Super AMOLED, Always-On, and the curved edges are just too gorgeous to pass up. The processor/GPU in the Galaxy S7 is every bit as good or better than the Mate 8.  The built-in memory uses the much faster USF 2.0, the camera is far superior, and the battery has both Quick Charge and Quick Wireless Charging.  The S7 Edge also carries a heart rate monitor and oxygen saturation sensor, as well as the IP68 rating for water resistance.  If you are into mobile payments, you also have the Samsung Pay option.

I am not trying to take anything away from the Huawei Mate 8 – it is an excellent smartphone. Design and build are excellent; the 1080p display is good under all light conditions, it has a terrific graphics processor and feels a lot smaller than you would think it would with its 6-inch display.  But why would you pay $700 for a smartphone with an FHD LCD display with fewer features and no sex appeal?  For less than $100 more, you can have it all in the Galaxy S7 Edge and use it on any US carrier.