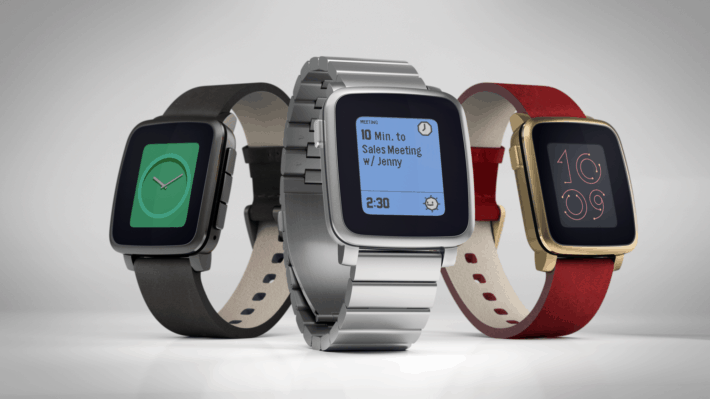 Pebble may not be the most popular smartwatch platform out there anymore, but they were one of the first to hit the scene and they offer a platform which supports both Android and iOS, making their products a little bit more versatile than other options. It's been a while since there was any sort of major announcement from Pebble, as their latest smartwatch series, the Pebble Time which includes the original Time, Time Steel, and Time Round, has launched some time ago in the U.S. market, although having just recently launched in India by way of Amazon back on May 12th.

With no new devices from Pebble since the launch of the Time series, it's possible that Pebble could be gearing up for an announcement of something to add to their product lineup, as they're now teasing a reveal for something on May 24th, which is tomorrow. The teaser about the announcement was posted up to their official Twitter page. Pebble has not given many other details about what it is they're unveiling and have simply posted a countdown timer on their website, accompanied by a message that states, "wait for it… you're in for a treat." The announcement is set to take place promptly at 10 A.M. EDT, which will be 7 A.M. PDT. Pebble is also inviting anyone that's interested to enter their email for "all the juicy details."

While the initial tweet brought attention to the announcement, a second tweet mentions that everything is better with friends and that people should "invite the crew" to Pebble's website on May 24th, which is no less cryptic than the first tweet but it may allude to a sale that allows friends and family to receive some great savings on watches so everyone can have one. More specifically, they could be introducing a buy-one-get-one half off sale, or perhaps they're actually announcing a new product that could be considered a "friend" to the rest of the lineup of devices. There's still quite a bit of time left to go on the countdown timer but there's always a possibility that Pebble could drop more hints throughout the day.