The OnePlus 3 hype train is beginning to pick up some steam, as the leaks and rumors continue to roll in. Yesterday, the company announced that they will be once again announcing the OnePlus 3 in virtual reality. They also made their new virtual reality headset, the Loop VR which is free for the first 30,000 people (of course that didn’t last long), available. This morning, OnePlus’ Pete Lau posted a selfie from the new device, which pretty much confirmed that we have a 8-megapixel front-facing snapper. But what other specs do we have with this device? As always, Evleaks has come through with the basic specs for the OnePlus 3.

According to a tweet from Evleaks this morning, the device is going to feature a 5.5-inch 1080p display, powered by the Qualcomm Snapdragon 820 processor, 64GB of storage, and NFC. The screenshot which he attached to the tweet is from a model running the Android N developer preview. We’re unsure whether the new device will come with Android N or not – that will depend on when the OnePlus 3 is released, and when Android N is finalized. The screenshot does also show that this is the “RAIN A3000” model from OnePlus, and it’s running Oxygen OS 3.1.0.

There’s still quite a few specs missing from this puzzle. Like the RAM, and battery size. Rumors have depicted that the OnePlus 3 is going to feature a rather large battery, but we haven’t heard any concrete rumors on that just yet. Judging by the rest of these specs, it wouldn’t be a surprise to see the 64GB model come with 4GB of RAM. Of course, rumors did state that the 32GB model would be paired with 3GB and that the 64GB model would have 4GB of RAM.

OnePlus hasn’t announced when they will actually be showcasing the OnePlus 3 and making it official. However they did confirm the name earlier this week. Which wasn’t a huge surprise, but naming schemes do tend to change from time to time. The OnePlus 2 was launched last July, so it is still a bit early for the successor, but that is also usually the case in the smartphone world. 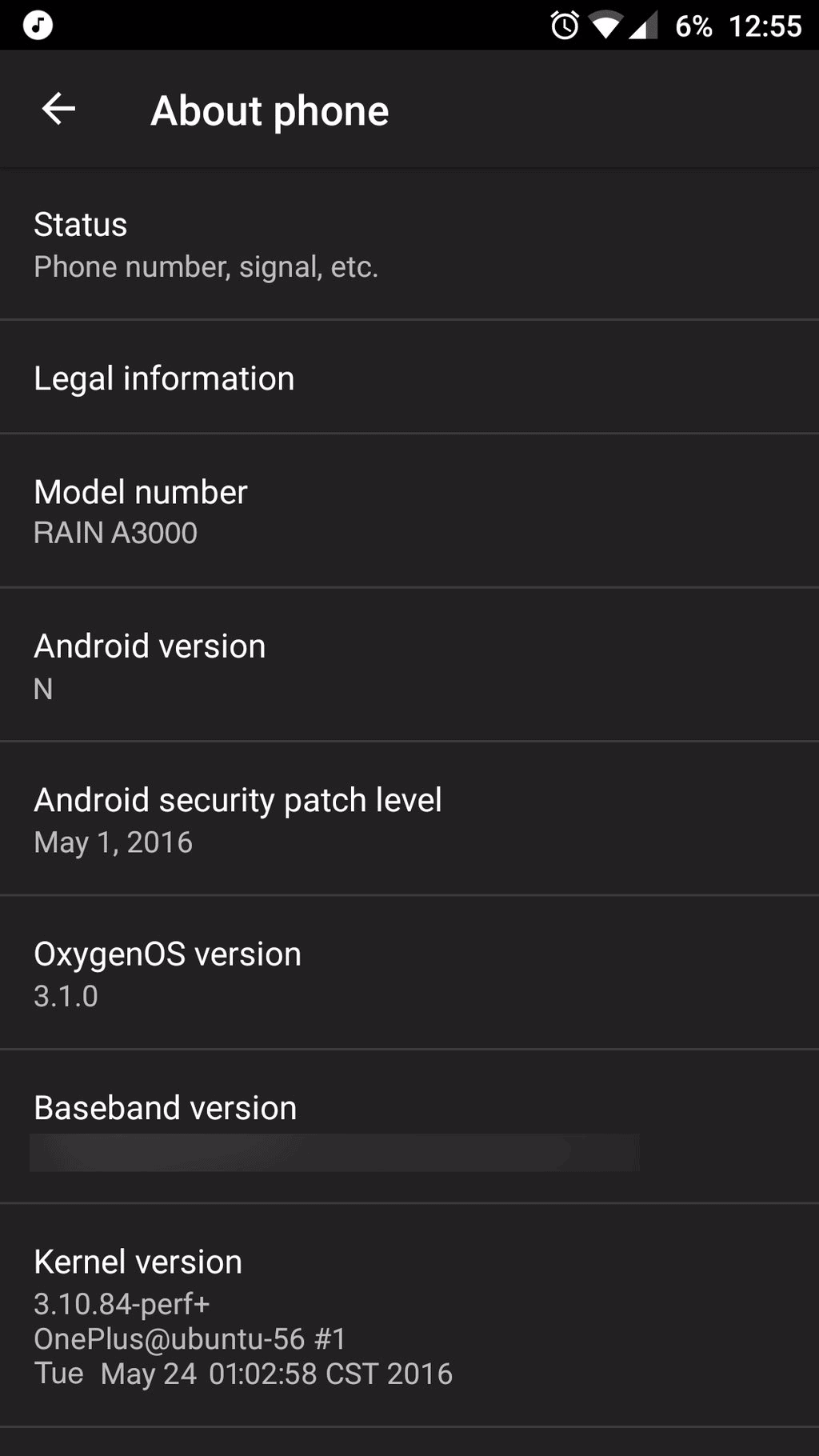