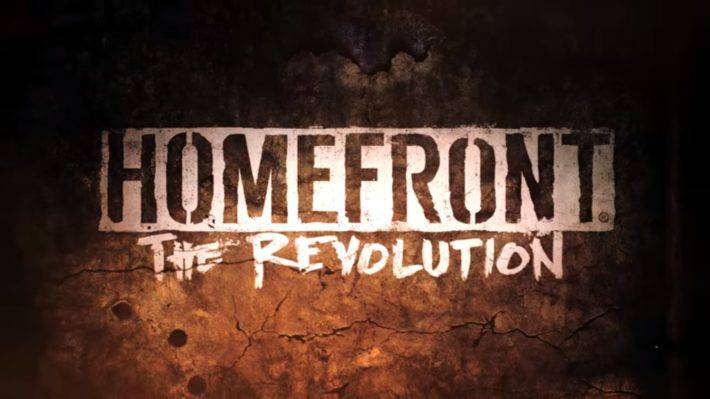 It is a big week for Android in general and this also means that it is a big week for Android TV. As well as all of the information coming through from Google I/O 2016, NVIDIA has been making a number of announcements as well. One of the biggest is that from tomorrow NVIDIA SHIELD Android TV owners will be able to download and play Resident Evil 5. And that is not the end of the gaming news that is coming through from NVIDIA today.

As well as Resident Evil 5, NVIDIA has also confirmed that the next Homefront installment, 'Homefront: The Revolution', will be available to buy and play via GeForce NOW later on this month. While an exact time-frame of arrival was not provided, it is expected to arrive before May is finished. For those who are already signed up to NVIDIA's GeForce NOW service, then they will likely already be familiar with the first installment, Homefront, as it has been available via GeForce NOW since the service began. In terms of the latest addition, Homefront: The Revolution, this one is set fours year after the initial Homefront and sees the resistance looking to fight back and recapture Philadelphia from the Korean People's Army. In terms of the price, this is one of the NVIDIA SHIELD games which is a little on the more expensive side as it will be priced at launch at $59.99. However, that price does include a digital download code and as a result, buyers will be able to both stream the game online via their SHIELD and through GeForce NOW or download a copy to their local storage and play from there. You can check out the latest trailer for Homefront: The Revolution by hitting play below.

For those looking to play a new title before the release of Homefront: The Revolution, NVIDIA has also confirmed that Shadowen, is available to buy from GeForce NOW already. This is a new stealth-action game from Frozenbyte which became available on May 17 and is currently priced at $14.44. Which does represent a 15-percent discount compared to its usual $16.99 price, which will come into effect following the end of the launch period. Once again, this title does come with a digital download code which can be redeemed through Steam.