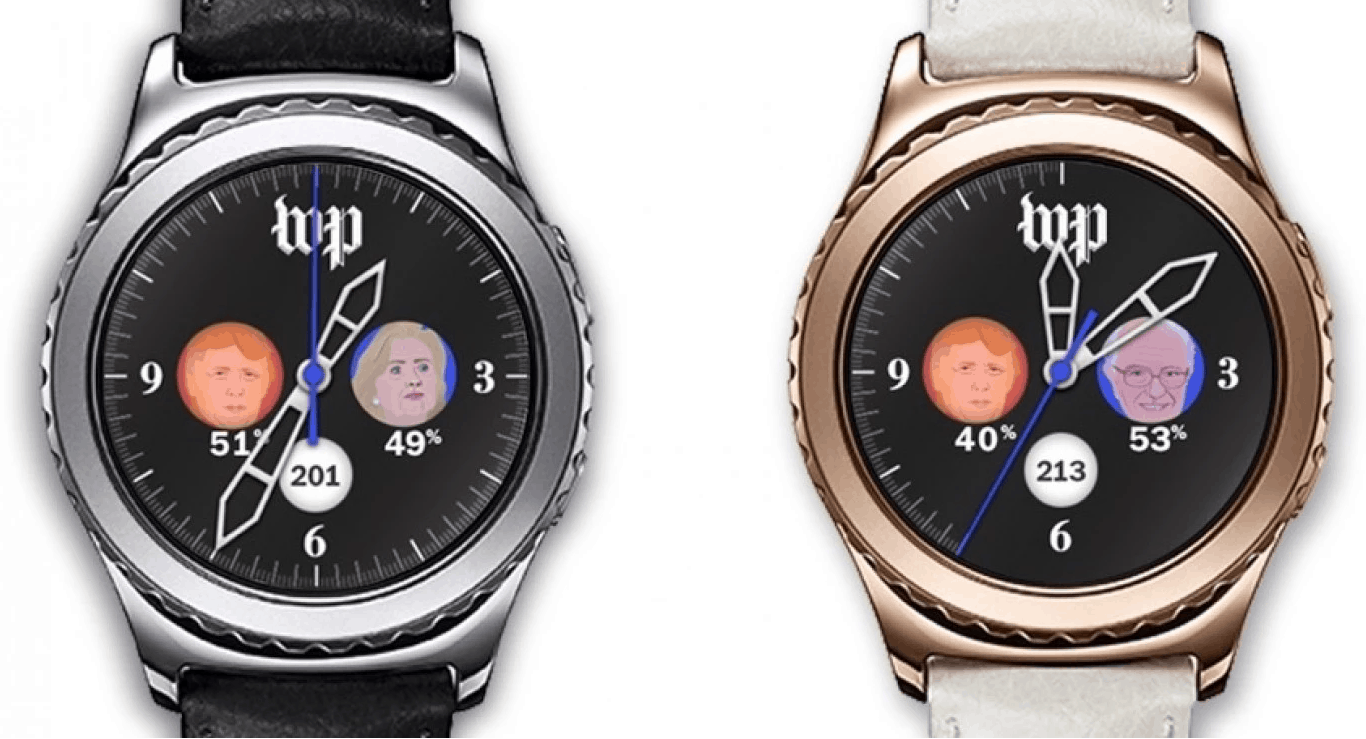 If you've been keeping track of the United States election so far, you've likely checked in a number of ways. Whether you've been watching Bernie, Clinton and Trump duke it out on the news, checking your Google Now window or simply seeking out the results on the web after each primary, chances are you have yet to take a gander at real-time polling figures on your wrist. If you happen to own the wildly successful Samsung Gear S2, The Washington Post has published a watch face that will allow you to get all of that information and then some at a glance.

Looking to the watch face itself, we have a rather plain, but elegant display. The semi-standard four number, eight dash clock is on display, with thinner dashes for each minute. The watch is decorated with a blue second hand paired with minute and hour hands made of metal, but with a good portion cut out so you can see what's under them. The 12 o' clock figure has been replaced with The Washington Post's logo, and everything is against a simple black background. No battery or notification information is displayed. The watch face is well made, detailed and quite stylish, but there are a number of watch faces out there that can make those boasts. The most unique set of features, and likely the ones everybody will be downloading this for, are tied to The Washington Post's real-time data on the 2016 U.S. General Election.

The headlining feature of the watch is real-time percentage data on polling for the three main candidates, Bernie Sanders, Hillary Clinton and Donald Trump. The candidates shown will rotate every ten seconds, giving you the full scope of just how the election is going. You can always simply tap the screen to bring up the next set of candidates. Along with this hot-off-the-presses data, a counter sits just above the six o' clock figure. This counter is actually a countdown to the general election itself, what all of the caucuses, primaries, debates and endless media posturing have been building up to. If you want up to the minute election data, head to the Gear store and simply search for Washington Post to find this free watch face.