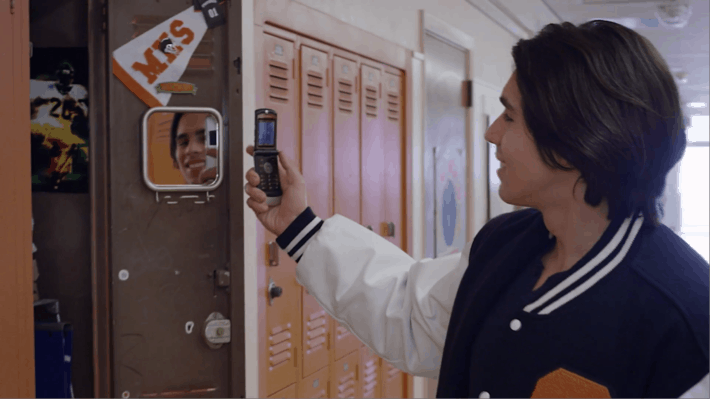 Motorola's glory days were undoubtedly during the first few years of the original RAZR launch, and while there may never be another phone which captivates the masses as much as the RAZR, that isn't stopping Motorola from trying to give consumers what they want. Recently, Motorola officially took the wraps off of the brand-new Moto G4, Moto G4 Plus, and Moto G4 Play devices, and now they're teasing a new and unannounced device for an upcoming event next month on June 9th using the Motorola RAZR in an ad. While it's unlike that Lenovo-owned Motorola will be launching a new flip phone, all of the nostalgia placement throughout the ad may suggest that the new device will have some RAZR-like elements to the design or to the features.

Motorola doesn't elude to any specifics with this ad, rather they're simply hinting that whatever they have to announce on June 9th will be something that the consumer will find popular, or perhaps they're just hoping it has that kind of appeal, Whatever the case may be, if Motorola feels this passionately about it, there is a good chance that it may actually be something really cool. Then again, it may not be, there's no way to know until next month when the event jumps off or unless Motorola or Lenovo decide to release more information to the public.

The ad is short and sweet, under a minute long, and it throws just about every RAZR-related memory at you that might just make you feel like you're back in high school. Perhaps it should if you were around when this phone was literally everywhere, as you'll notice different colored RAZR devices throughout and teenagers doing things that you may have done with your own RAZR, including covering the device in tiny jewels for that extra layer of sparkle. It's certainly reasonable to think that Motorola is hinting at a new phone, but the video really doesn't give that much away and any thinking on that level would simply be speculation. Motorola does have more devices on the way this year, though, so there's no reason not to think this could be part of their early advertisement to get people excited for what's to come, like the Moto Z perhaps.