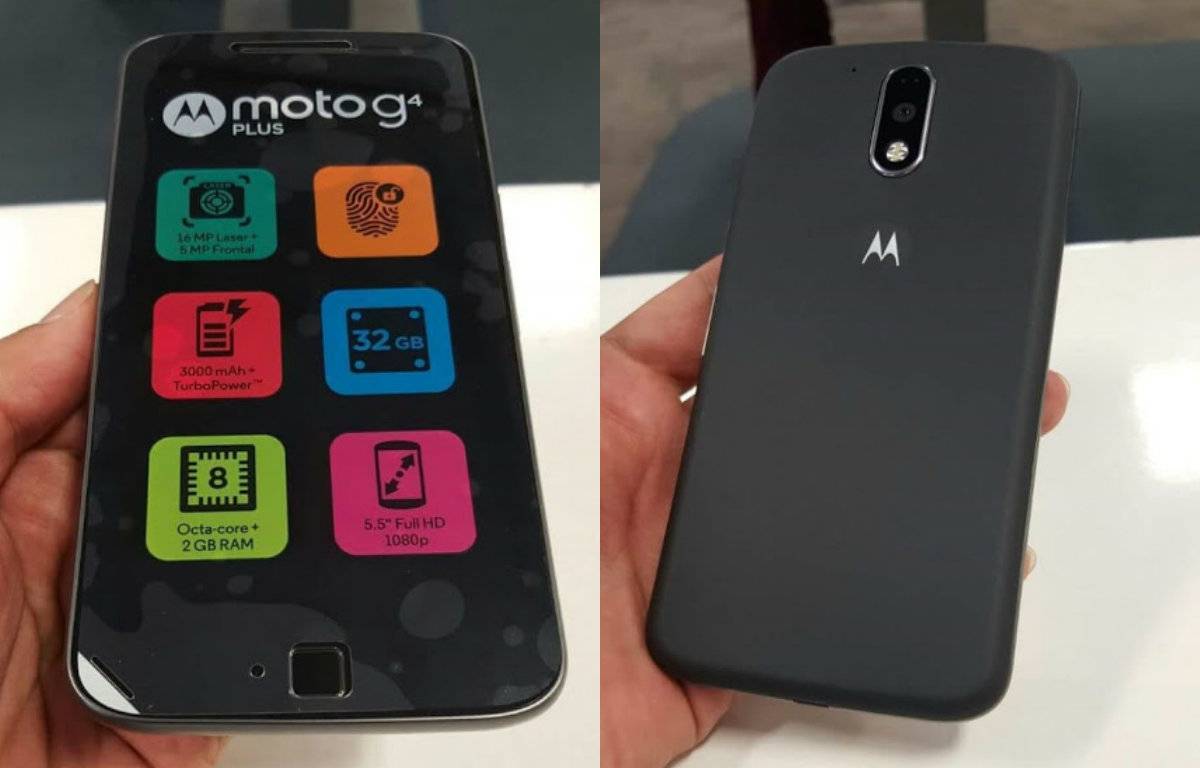 Motorola’s 'Moto G' devices have become quite popular over the last couple of years. These are the company’s budget smartphones, and the upcoming 4th-gen Moto G devices have been leaking out for quite some time now. The Moto G4 and Moto G4 Plus have leaked in a number of images, while we’ve also seen their alleged specifications, not to mention that the two devices were seemingly spotted on the FCC's site quite recently. That being said, Motorola has announced a press conference in India and Mexico for May 17th, and has hinted that the Moto G4 and Moto G4 Plus devices might get announced during the event. Well, that day has come, and the press conference will be held later today, but before that happens, we do have a new leak to share with you, read on.

Four new Moto G4 Plus images surfaced ahead of the press conference. If you take a look at the gallery down below, you’ll not only get to see the retail packaging of the device, but the Moto G4 Plus in the flesh. These images not only reveal that this is the Moto G4 Plus, but also share some of the device’s specifications / features. As you can see, the Moto G4 Plus will sport a fingerprint scanner below the display, though we still don’t know if that’s an actual physical home button, or only a touchpad for your fingerprint (similar to the one on the OnePlus 2 and HTC 10). Anyhow, according to the presented info, the Moto G4 Plus will sport a 5.5-inch fullHD (1920 x 1080) display, along with 2GB of RAM and 32GB of internal storage. Keep in mind that the 3GB RAM model will probably going to be available as well. This handset will be fueled by an octa-core SoC, quite probably the Snapdragon 617. The 16-megapixel snapper will be available on the back of the device, along with the Laser Autofocus, while you’ll be able to find a 5-megapixel shooter up front. The 3,000mAh battery will also be a part of this package, and the TurboPower fast charging will be included as well. Android 6.0 Marshmallow will come pre-installed on the Moto G4 Plus, and the company will add several home-baked features, as usual.

That is pretty much it, both the Moto G4 and Moto G4 Plus are expected to arrive later today, and the press conference kicks off at 2:30AM PST, in case you’re interested. We’ll make sure to report back as soon as Motorola officially unveils these two handsets, and until then, check out the images in the gallery down below.