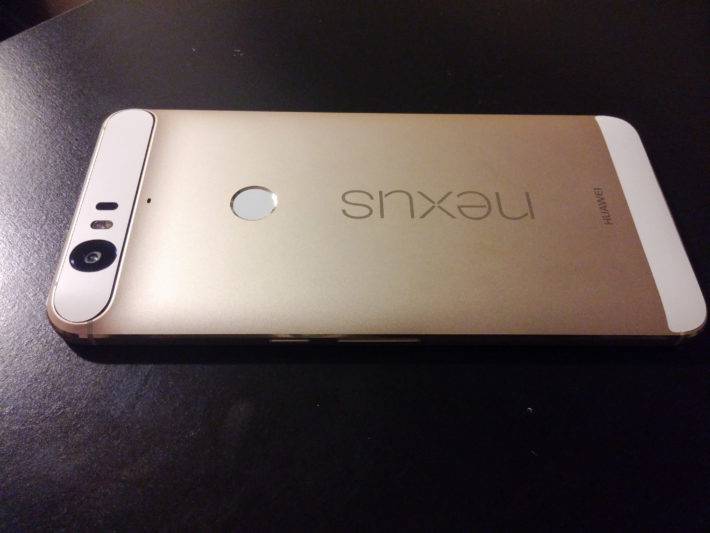 Huawei's excellent take on Google's Nexus lineup, the Nexus 6P, comes in four colors; white, gold, graphite. and aluminum. Those looking to mix and match those colors are out of luck by normal means, having to resort to skins. Intrepid Redditor aweezy, struck by the HTC 10's beauty, but underwhelmed by it otherwise, set out to change all that and get himself a Nexus 6P with a white and gold color scheme. Rather than slapping a skin on the phone or painting the chassis, aweezy decided to swap out bits and pieces of a white Nexus 6P with bits and pieces of a gold one to create a hybrid. The procedure is a bit involved and will almost certainly void the warranties of anybody bold enough to try it, but read on if you'd like to go for the gold despite the dangers.

The first step, as with any such procedure, is to ensure you have the proper supplies at hand. Obviously, you'll be needing the parts you're looking to swap out. In aweezy's case, that was the main metal housing of the phone, along with replacements for the top and bottom pieces, if you so wish. You'll also need something to heat the parts of the phone containing adhesive. aweezy used a sock full of uncooked rice, which can be microwaved dry to sustain heat. If you decide to use something else, like a heat gun, extreme caution is advised, since overheating can damage the phone's internals. A set of prying and removal tools as shown will round out the supply list.

For the actual procedure, start by heating up the camera bar to pry it off. Get something thin under there once it's hot and very carefully lift it up and off. Do the same with the bottom plastic piece, then get to work on the screws you've just revealed. Warm up the entire back panel, then use a pick or similar thin, wide instrument to pry it off extremely carefully – running afoul of a stray ribbon cable or other component here could permanently damage the device. After that, put on your replacement back panel. aweezy didn't go over it, but it's a good idea to warm the new panel so that the adhesive really takes. Replace the screws you took out earlier, then put the glass camera bar and bottom plastic bit back where they came from. Warming them up is a good idea as well, but to a much lesser degree, since they're smaller. With that, your spiffy new Franken-Nexus is good to go. aweezy also applied a dBrand skin when it was all said and done, but that is purely optional. The pictures below are in sequence, so following them along with the text instructions should net you favorable results, so long as you're careful and use the right tools.