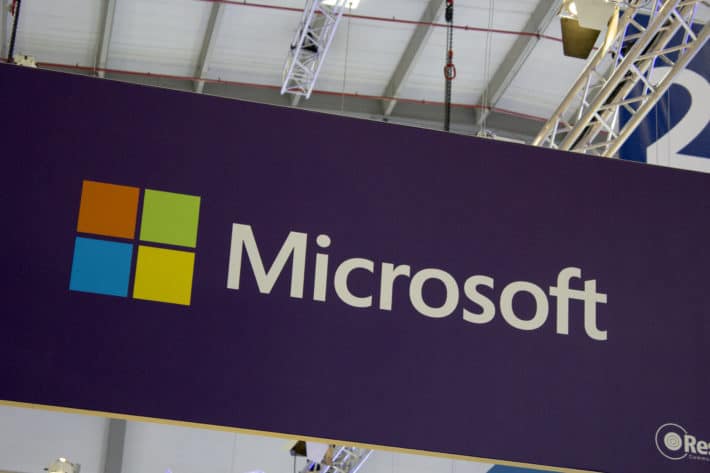 There are several different web browsers available for desktops and laptops out there these days. On Windows, many users have simply used the default Internet Explorer and on newer Windows 10 machines, the Microsoft Edge web browsers. Microsoft’s browsers have faced stiff competition from Google’s very own browser, Chrome, which is available on multiple platforms. Although use of Internet Explorer had been under pressure for several years now, as it is often seen as obsolete and backwards, Microsoft’s directive to users on older versions that they needed to update to at least version 11 some eighteen months ago has seen customers decide to abandon Internet Explorer and instead opt for another browser. Google’s Chrome has picked up much of this slack. – no doubt helped by Google’s other products such as Chromebooks and of course Android smartphones and tablets.

The rationale behind Microsoft’s requirement for customers to upgrade was driven by their desire or need to keep current software products up to date. As a given application ages, it becomes harder and harder to keep it secure. This is a common trait with technology companies and in a similar timescale, we have seen Google drop support for the Chrome browser running on older versions of Android. According to American analytics business, Net Applications, Microsoft’s browsers (both Internet Explorer and Edge) lost 2% of browser use in April 2016, ending at 41.4% of market share and slightly behind the Google Chrome browser. Ten years ago, Internet Explorer had approximately 85% of the browser share. Google’s Chrome browser is available on a number of different platforms including Windows, Mac and Linux, as well as Google’s own platforms Android and Chrome OS.

Another story in the results is that Mozilla’s Firefox browser dropped below 10% of browser use. The Firefox browser is considered to be the first alternative to Microsoft Internet Explorer and the application that persuaded Microsoft to restart develop their own, stagnated, browser. However, Firefox itself has stagnated in the market. Mozilla lacks the marketing pull of the Google Chrome browser and the product itself has not seen the same level of development. One of the reasons for this could be that Mozilla’s open source development team have been working creating their own mobile operating system and some development work into in-browser advertising systems. Neither of these two projects has gained much traction and in the case of the advertising product, has been abandoned.

That the market is largely carved up between the Chrome and Internet Explorer browsers is interesting – the Apple Safari and Opera browsers show as “also rans” in the list, with 4.9% and 1.9% market share respectively. Going forwards, we can expect the share of Microsoft web browsers to decline although it is possible that Windows 10’s Edge browser may start to reverse this. 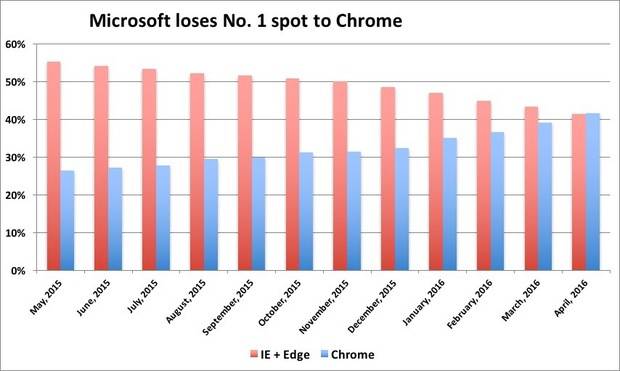