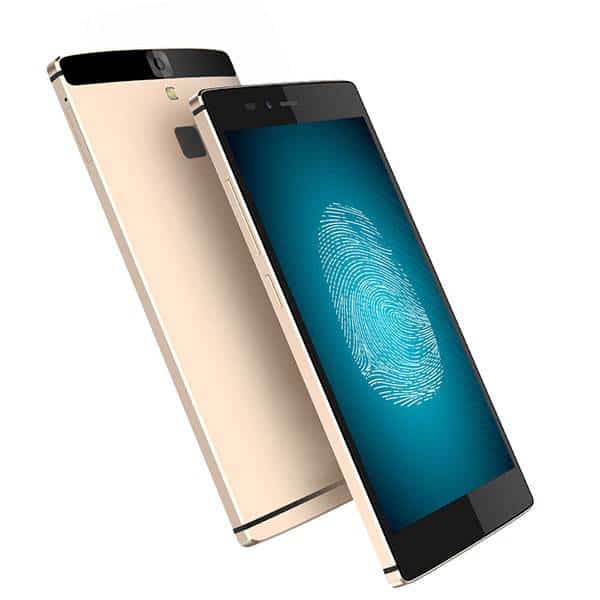 Micromax is the largest India-based company, by far. This company tends to release quite a few smartphones to the Indian smartphone market every year, and they're even the parent company of YU, yet another quite successful India-based smartphone manufacturing company. That being said, Micromax has introduced a number of devices last month, including smartphones, tablets and smart TVs. Amongst the device that were announced during the event, Micromax has introduced the Canvas 6 smartphone, a very sleek-looking and well-specced phone. Speaking of which, the Canvas 6 was only announced during the event, the device was not available back then, but it can now be pre-ordered, read on.

The company has kicked off Canvas 6 pre-orders in the country, you can now pre-order this smartphone if you live in India for Rs. 13,999 ($210). The phone is available in Gold color option only, and it will start shipping starting May 10th, so you won't have to wait for long even if you decided to pre-order it now. As you can see in the gallery down below, this is a very sleek-looking smartphone, It is made out of metal, and its bezels are quite thin all around. The fingerprint scanner is placed on the back of Canvas 6, and above it, you'll notice the rear-facing camera and the LED flash sensor. Now, this phone does not sport premium specs, but its specifications are nothing to scoff at, quite on the contrary.

The Micromax Canvas 6 features a 5.5-inch 1080p (1920 x 1080) display, along with 3GB of RAM, and 32GB of expandable internal storage. The phone is fueled by MediaTek's MT6753 64-bit octa-core processor, and the Mali-T720 GPU for graphics. The 3,000mAh battery is also included here, and Android 5.1 Lollipop comes pre-installed here with Around UI available on top of it. The 13-megapixel shooter (f/2.0) is available on the back of the Canvas 6, and an 8-megapixel camera is located on the phone's front side. 4G LTE connectivity and two SIM card slots are also a part of this package, just in case you were wondering. If you'd like to pre-order the Micromax Canvas 6, follow the source link down below.