Skip to content
Advertisement
Trusted By Millions
Independent, Expert Android News You Can Trust, Since 2010
Publishing More Android Than Anyone Else
16
Today
57
This Week
57
This Month
6810
This Year
124328
All Time
Advertisement 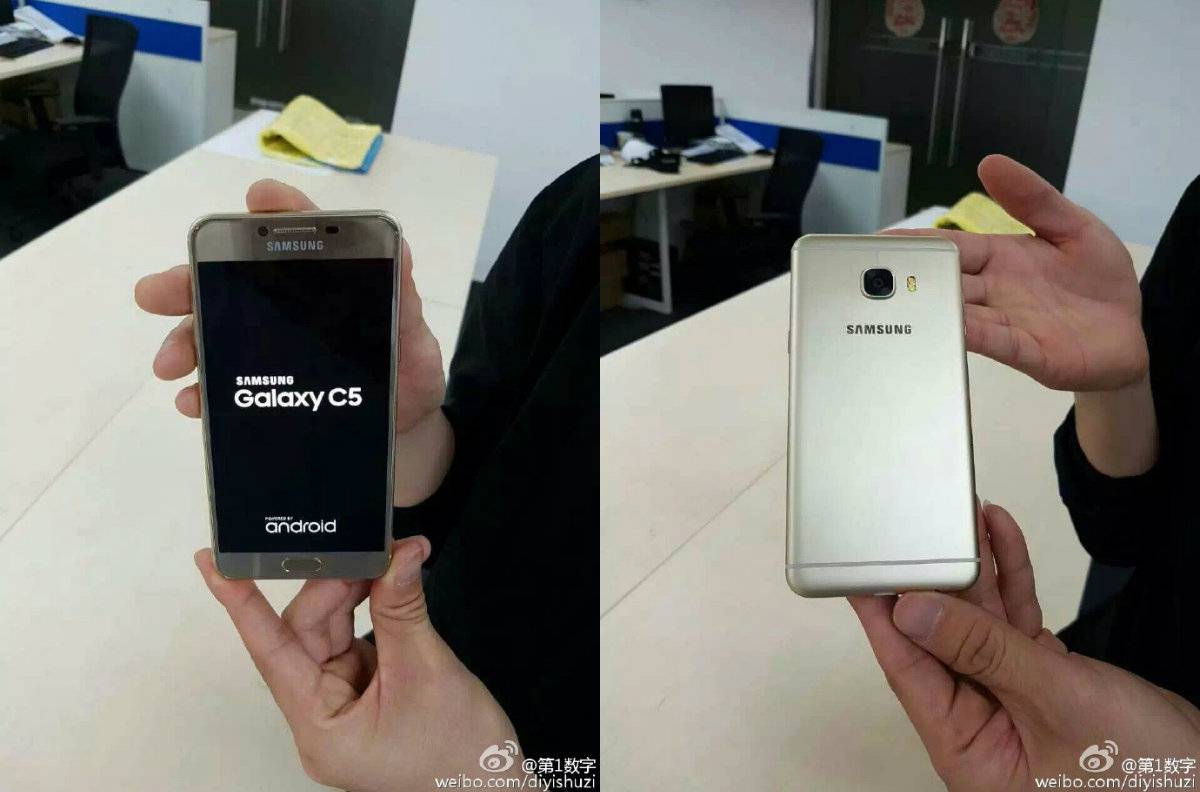 Judging by the company’s official Q1 2016 financial report, Samsung has been selling quite a few Galaxy S7 smartphones. As most of you know, the Galaxy S7 and S7 Edge have been introduced back in February, and these are Samsung’s all-new flagship smartphones. The company has introduced a number of other devices this year though, including some ‘Galaxy A’ and ‘Galaxy J’ mid-range devices. That being said, the company’s upcoming Galaxy C5 smartphone has been leaking like crazy, we’ve seen several real life images of this smartphone, and yet another leak surfaced recently, read on.

The Galaxy C5 has posed for the camera yet again it seems, as you can see in the gallery down below. These two images give us a good look of both sides of the Galaxy C5, and they basically confirm all the leaks we’ve seen thus far. The Galaxy C5 will resemble the Galaxy S7 quite a bit, though its back side looks somewhat different because the company opted not include glass here. The Galaxy C5 is made out of metal, and it sports a unibody build. Its battery will not be removable, and the physical home button is placed below the display. The fingerprint scanner is built into the home button, and two capacitive keys will flank that physical key (overview and back, respectively).

The Galaxy C5 has been benchmarked by both GFXBench and AnTuTu already, which means we basically already know what specs will it sport. According to benchmarks info, the Galaxy C5 will feature a 5.5-inch 1080p (1920 x 1080) display, along with 4GB of RAM and 32GB of native storage. The device will be fueled by the Snapdragon 615 or 617 64-bit octa-core processor by Qualcomm, accompanied by the Adreno 405 GPU for graphics. The 16-megapixel camera will be included on the back of the device, and an 8-megapixel snapper will be placed up front. Android 6.0.1 Marshmallow will come pre-installed on the Galaxy C5, and on top of it, you’ll be able to find Samsung’s custom UI, as always. We still don’t know when will Samsung introduce this smartphone, but based on the number of leaks we’ve seen, it will happen sooner rather than later. 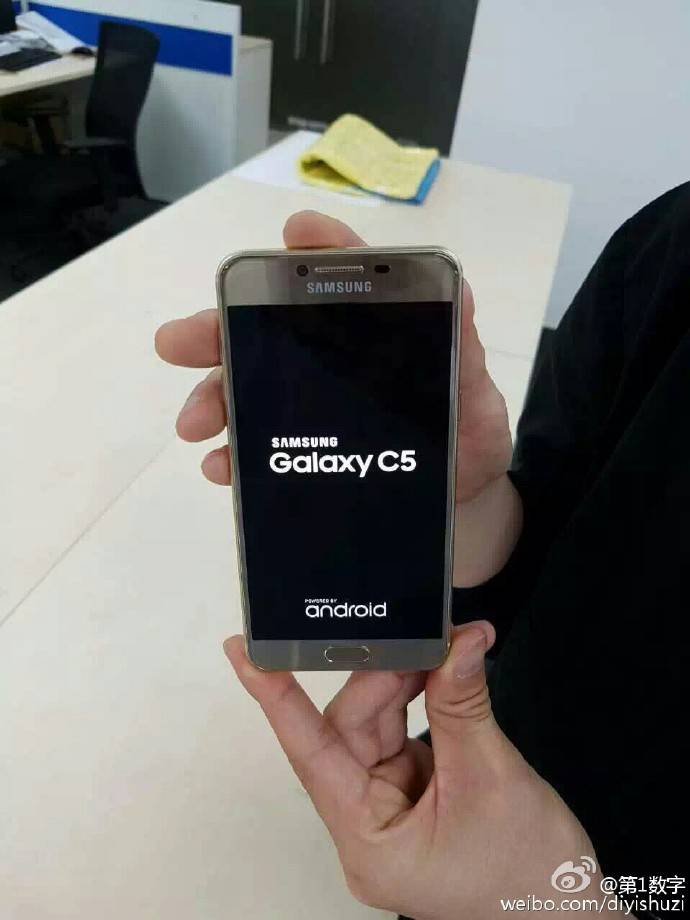 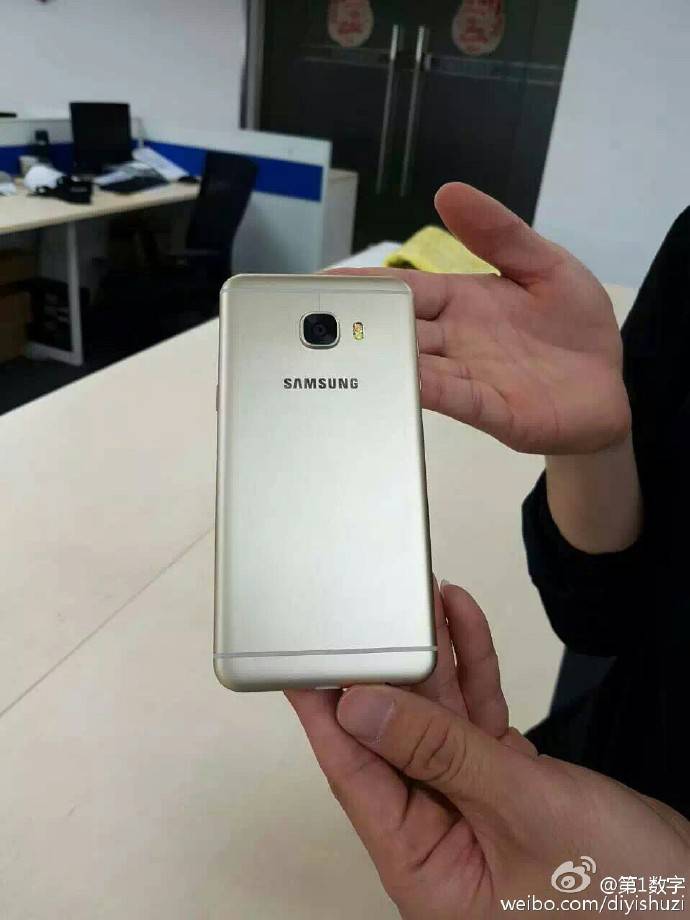