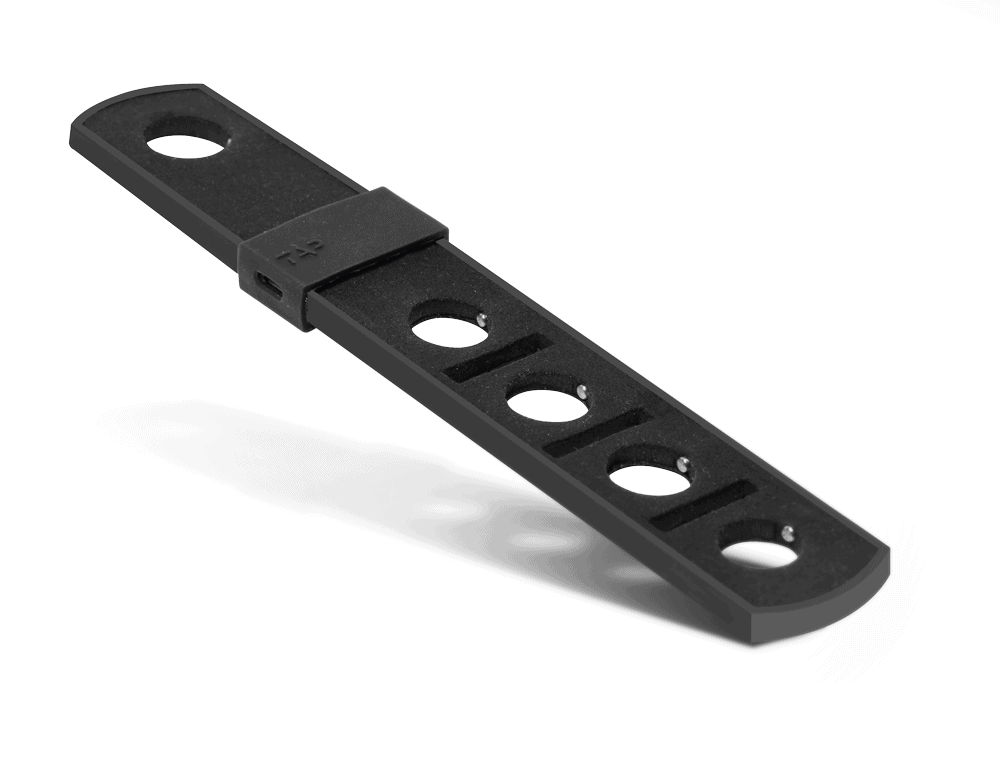 Physical keyboards have been around for decades and similar formats have been used for typewriters and personal computers alike. Even smartphones and their on-screen keyboards borrow the basic typing principle from conventional physical keyboards, so in other words, QWERTY and similar keyboard layouts seem to be deeply rooted in our computing lifestyles. Nevertheless, over the years, many developers have attempted to come up with new, more efficient input methods, and as smartphones and smartwatches became more relevant, the concept of “gesture typing” also became a thing. The idea is to be able to type without having to touch a physical or on-screen keyboard for the sake of speed and convenience. The latest such invention to reach the headlines is called Tap Strap and aims to open up a new dimension for controlling our smart devices.

Tap Strap is, on short, a strip of fabric with five circular cutouts – one for every finger – which seems to look more like a toe separator for nail polish rather than a smart input device. But looks can be deceiving and in reality, each one of the finger cutouts accommodates a small sensor designed to translate finger gestures into text by “monitoring mechanical information of the hand and fingers”. The data is processed by an MCU (microcontroller) and then transmitted via Bluetooth to a smartphone, or virtually any device supporting Bluetooth and the HID Keyboard Standard. Taps from each finger translate into vowels, whereas combined taps translate into consonants. Reportedly, a total of 31 finger taps / gestures are possible, so while using Tap Strap may look like an easy endeavor judging by the official video below, there might be a relatively steep learning curve to go through before being able to use the Tap Strap at its full potential. But since the Tap Strap is not yet available for purchase, it’s simply too early to tell whether or not the gadget has any practical value, or if the final product will work as advertised. Either way, the Tap Strap is expected to hit the shelves by the end of 2016.

There have been several failed attempts to replace our QWERTY ways before (including the famous Dvorak keyboard from decades ago), but the Tap Strap also seems to be advertised as an alternative input method for virtual reality users, which might really help its case. Either way, other companies are working on somewhat similar gesture-based input methods, including Google and its SoliType radar. Samsung too was rumored to work on a so-called “smart ring” last year, which would allow wearers to control a variety of devices connected via Bluetooth or NFC.