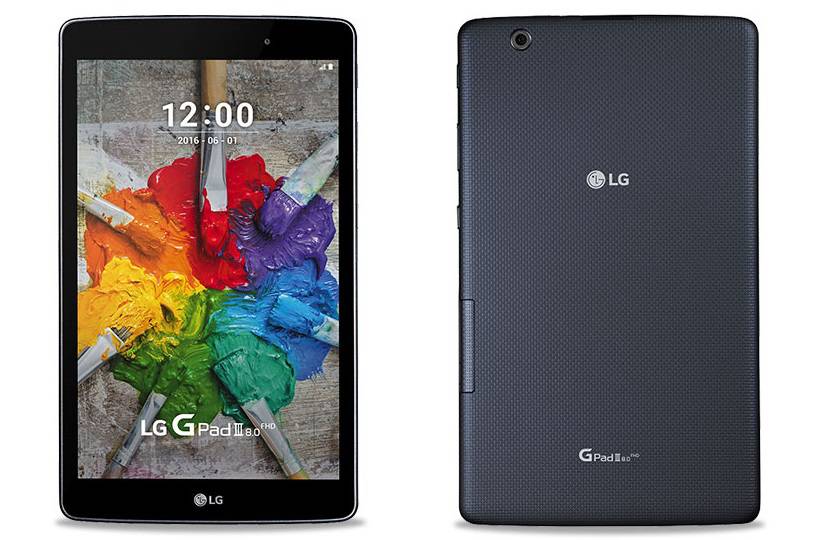 Over the past few years the "phablet" concept became the norm, and today, most flagship smartphones are equipped with relatively large displays measuring anywhere between 5 and 6 inches in diagonal. This market shift seems to have had an effect on the tablet market as a whole, with global shipments reportedly dropping for several quarters in a row. Nevertheless, some OEMs don't feel like giving up on the tablet market just yet, and LG counts among them. The South Korean company has just released the LG G Pad III 8.0 in South Korea and Canada, where prospective customers can acquire the slate for US$275 or US$180 respectively.

The LG G Pad III 8.0 is obviously a direct sequel to last year's LG G Pad II, and as far as specifications go it appears to overtake both the 8.0 and 8.3-inch LG G Pad II models. The new LG G Pad III 8.0 runs Android 6.0.1 Marshmallow out of the box (much like a recent leak suggested) and is equipped with a Qualcomm Snapdragon 617 octa-core processor clocked at frequencies of up to 1.5 GHz per core, along with 2 GB of RAM. In South Korea, the slate is offered with 32 GB of internal storage, whereas customers in Canada will have to make do with 16 GB of on-board memory. Either way, storage can be expanded externally by up to an additional 128 GB through a microSD card. Moving on, the LG G Pad III 8.0 sports an 8.0-inch display with a resolution of 1920 x 1200, and draws energy from a 4,800 mAh battery. The components are wrapped in a unibody design measuring 124.1 x 210.7 x 7.9 millimeters, and the whole package weighs 309 grams. Last but not least, it's worth noting that although the LG G Pad III 8.0 is listed on LG's official website in Korea as having an 8-megapixel main camera, both Fido and Rogers in Canada list the device along with a 5 MP sensor instead.

The LG G Pad III 8.0 in South Korea is now available for purchase for the rough equivalent of US$275. However, in Canada, Rogers and Fido offer the slate for the price of CAD $240, which converts to roughly US$184 at today's rate. The tablet is likely to cross the border into the US eventually, but as yet, no official details on when this might happen are known.